I've lived in a world of death 1.5 Stars

John Rambo (Sylvester Stallone) has put his bloody past behind him and literally gone out to pasture, training horses in the American MidWest. He’s adopted a family of sorts, Maria (Adriana Barraza) and her granddaughter Gabrielle (Yvette Monreal), living a quiet life. Gabrielle has dreams of confronting her father who has abandoned her and now lives in Mexico, and after hemming and hawing over it for about five minutes on screen she heads there to do so. Of course since this is a Rambo film it must address the issue of the day, and she falls into the hands of a human trafficking ring. Rambo stupidly approaches the ring leaders from a position of absolute weakness and is beaten to a pulp by them and left for dead.

Miraculously he is saved and nursed back to health by an independent journalist. He heads back to the house where the girls are being held and rescues Gabrielle. (Honestly you should just skip all of that until you see the Mexican convoy converge on Rambo’s Ranch. Just typing that out made my giggle). So yeah, the Mexicans encircle Rambo but they fall for his tricks and follow him into a series of caves he has built below ground, where he now becomes the hunter. In a scene right out of Home Alone (or any of the previous Rambo films), Rambo takes the gang out one by one until it’s just him and the leader.

Who will possibly win that confrontation? Nobody. That’s who. Not the gang leader. Not Rambo, and especially not you dear reader. 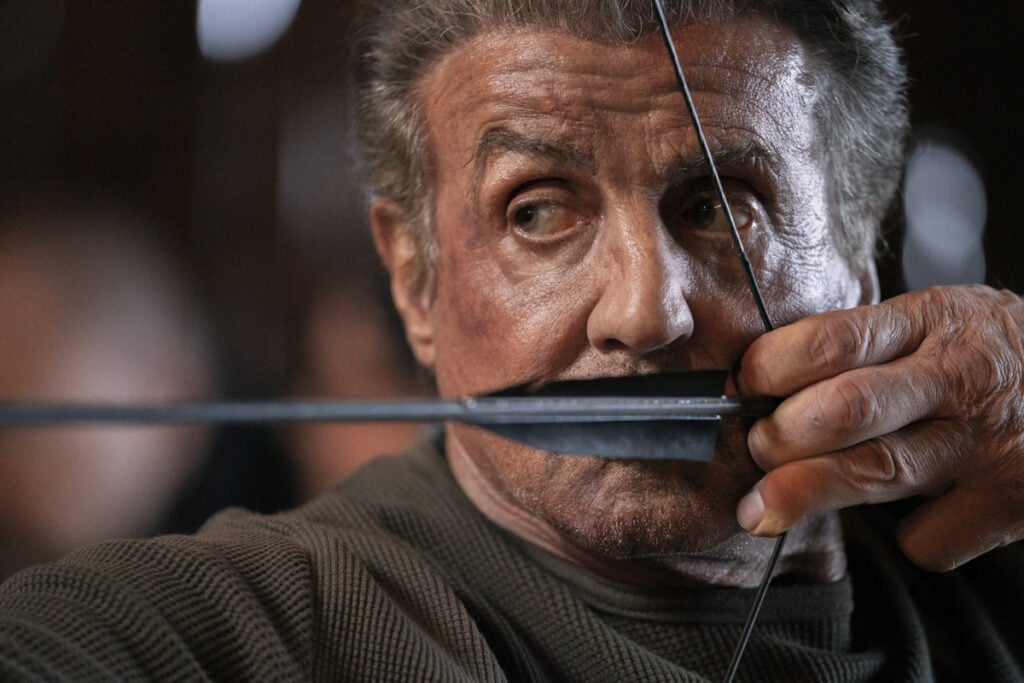 It it were not for Rambo’s highly entertaining last stand this would have been the worst movie I saw during the entire 2010s. The film makers and Stallone himself have said that they wanted a fitting send off for John Rambo and they failed on that on all fronts save a sliver of action near the end. And ultimately, they couldn’t even give Rambo a final decisive moment, instead copping out with a ‘Choose your own adventure’ of whether Rambo ultimately dies at the end or not.

The film is remarkably disappointing from beginning to end, and is filled with characters and choices that make no sense at all except to drive a band of tacticool thugs towards a Rambo engineered compound and to blow up the environs as spectacularly as possible once that happens. Every character is one dimensional with archetypal good or bad intentions. Maria is a loving grandmother who can only sigh at the insanity of Rambo spending what must be millions of dollars in construction and weapons costs, and sigh only that she can’t get through to Gabrielle. Gabrielle has a laconic loving life but is broken because she can’t believe her shitty father did not love her. Her shitty father really did not love her or her mother at all. Rambo is cukoo but doting on Gabrielle to the point he would take on an entire gang by himself with a lousy handgun. In Mexico. The Gang thugs are all tacticool wannabees.

Nothing about this film makes any sense, and the heart of this mess is the dumb human trafficking operation that is cooked up. A bloodthirsty gang isn’t selling drugs or other nastiness, their way to fortune is to prey on girls from a local low rent club (that has no security at all) and force them into prostitution 2 blocks away. And there somehow are women willingly part of this operation as well, and their only function is to scream at the girls and threaten them (with what possible worse punishment other than death?) if they run away. Who wrote this junk? (Don’t answer that). 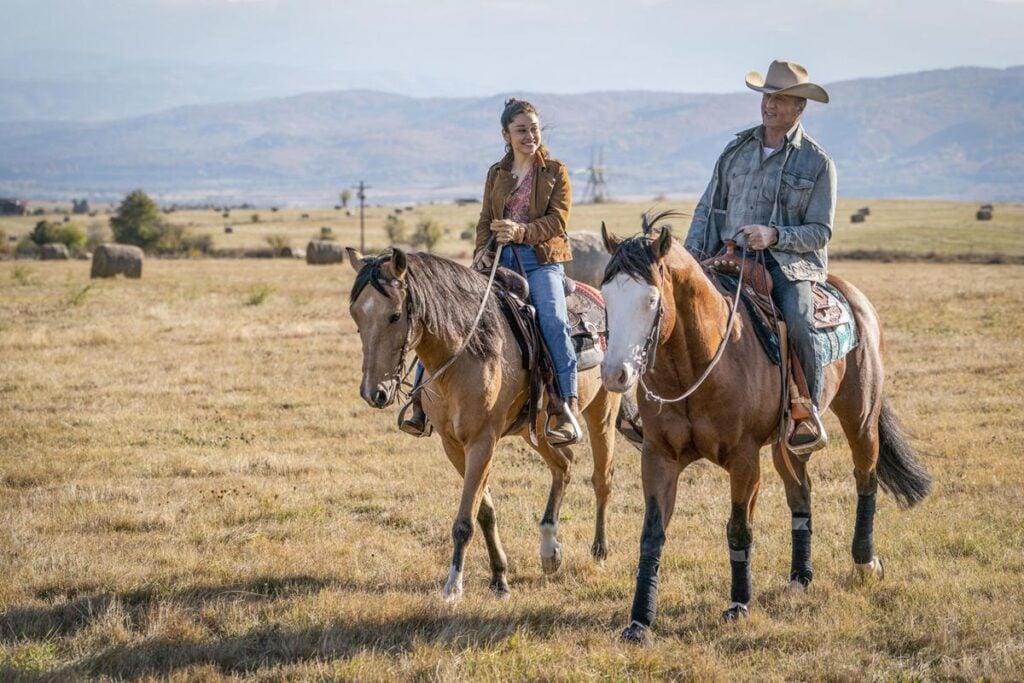 Last Blood was shot digitally and it shows, in ways that many digital productions do not. Especially in the highly crunchy dark sequences where Rambo himself becomes a blob of darkness so iconic that they chose to use it in a cover shot that could have been from Sin City. The worst offenses are in the wacky color balances with competing lights throwing casts of different types through the scene, with an ugly yellow wash being the main focus. (Per IMDB: Red DSMC2 Gemini S35, Zeiss Master Prime, Sigma FF High Speed, Fujinon Alura and Angenieux Optimo Lenses.

The outdoor scenes are better but still not perfect, with a compressed palette that just left be feeling uneasy. Overall I felt that it wanted so badly to look like a 2019 digital production to separate it from its film history that it went too far. 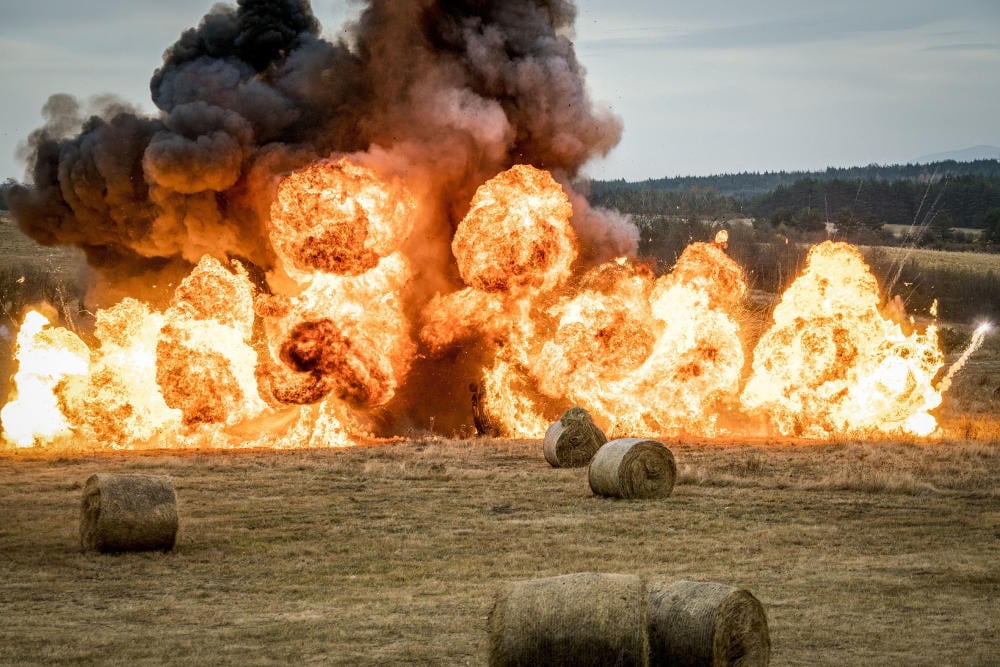 The Dolby Atmos track on the other hand is a lot of fun. The final stand’s audio is well realized with meaty explosions and interesting pans as bullets, arrows and other weapons whiz through the space. There’s a lot of movie that happens before that tho, and thankfully Composer Bryan Tyler has really hit a home run with his score. He takes themes established through the whole Rambo series and adds to them, with choral sections adding space to the arrangements and really nailing the percussive marches that move this story along. I went and added the soundtrack to my Apple Music Library I liked it so much. Special shout out to these tracks:
Last Blood
Rescue at night
Blood and Fire
The tunnels
Preparing for War 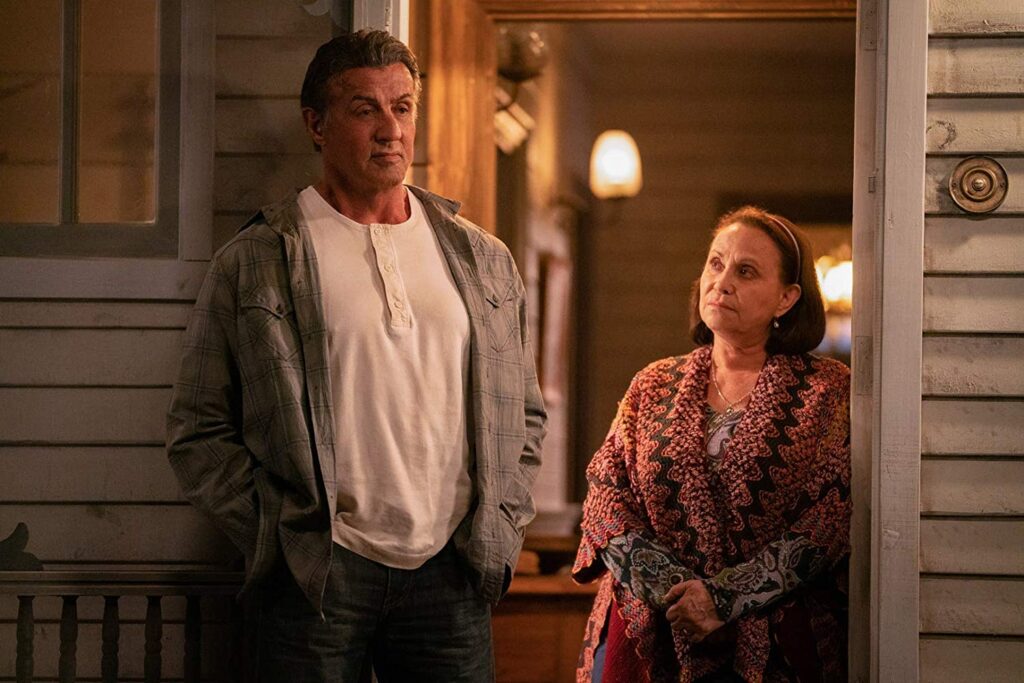 Drawing Last Blood is a 45 minute love fest talking with the cast and crew about their experiences making the film and how they wanted to bring attention to Human Trafficking (I had my eyes rolling at much of this)
From First Note to Last blood has composer Tyler taking us through the themes in his music and breaking down certain sequences to show how small flourishes like chorale arrangements add to the story telling (I really liked this one).

If you could chop off the first hour of this film and start with Rambo’s return to save Gabrielle you’d actually have a much more interesting but way shorter film that essentially tells the same tale. And for goodness sake just let Rambo die doing something cool at the end. Don’t make us do the work for you in deciding how his story should end. 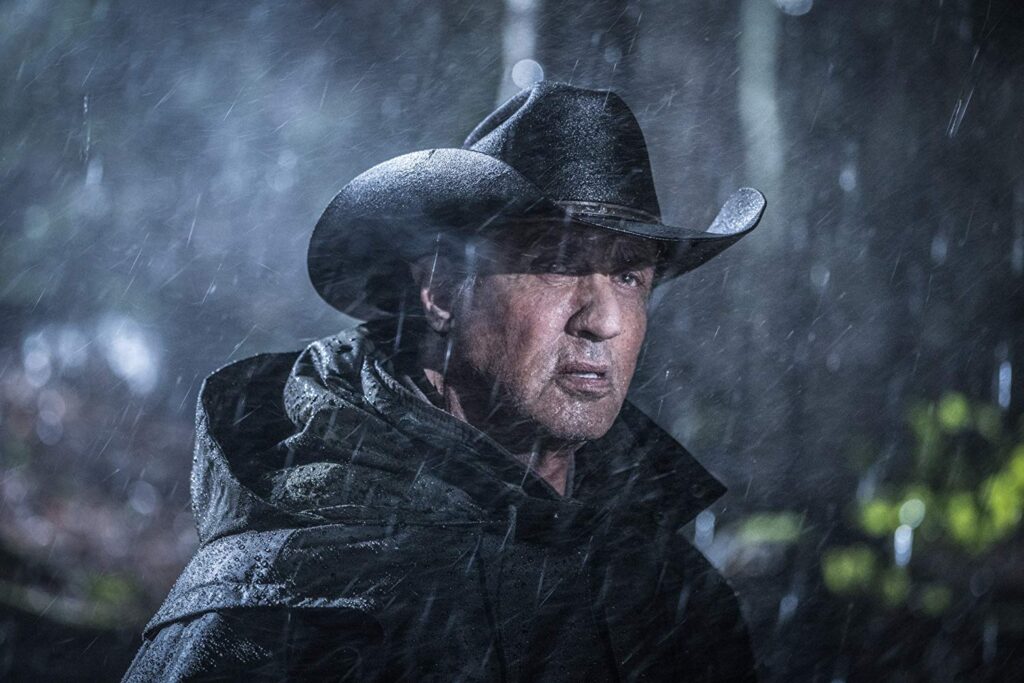 Huh, I wasn’t expecting this!!! 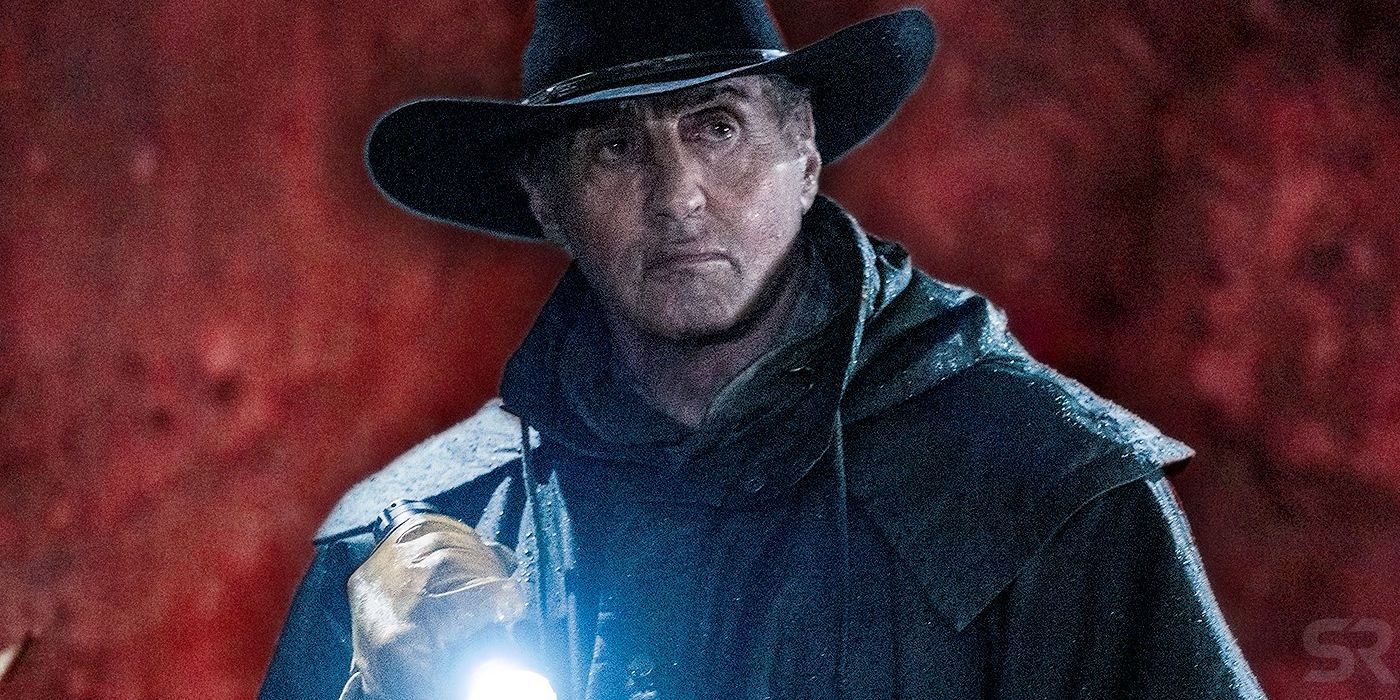 And on sale for $7.99 on iTunes which I just purchased.
Reactions: Sam Posten 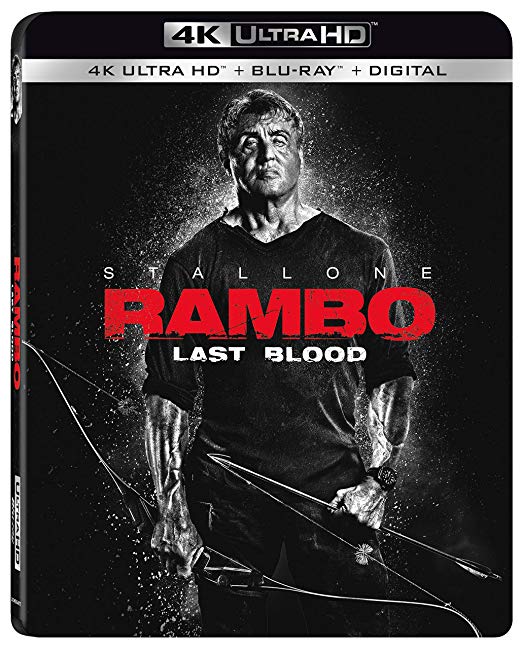