Charles Dickens classic tale of Oliver Twist was adapted as a stage musical in 1960 and was such a success that in 1968 Romulus Films hired Carol Reed to direct a film version that was released by Columbia Pictures. It is a very familiar story; a young boy, Oliver Twist (Mark Lester), is living at an orphanage under deplorable conditions. Sold to a funeral home, Oliver escapes to London, where he meets the Artful Dodger (Jack Wild), who introduces him to Fagin (Ron Moody). Fagin runs a pick pocketing gang full of orphaned children who also fence items stolen by Bill Sikes (Oliver Reed). Will Oliver continue a life of crime living on the streets of London, or will he find a family to adopt and love him?

The musical Oliver! has a special place in my heart, as it was the only musical in high school that I appeared in (as a member of the “adult” chorus), despite my being tone deaf and no real ability to sing. This movie version is pure magic, though, with brilliant and award-winning and nominated performances by Oliver Reed, Ron Moody, and Jack Wild (better known to US audiences as Jimmy from NBC’s H.R. Pufnstuf).

Sony’s new MOD release appears to have the same transfer as the previous and now out of print Twilight Time release from 2013. For more details, see Richard Gallagher’s review of that disc.

This appears to be the same DTS-HD Master Audio 5.1 track from Twilight Time’s release. For more details, see Richard Gallagher’s review of that disc.

Many of the special features from the previous Twilight Time release have been ported over for this Sony MOD release, with the notable exceptions of the sing-a-longs, dance instructions, the isolated score and 8-page booklet.

Original Behind the Scenes Featurette (1080i; 7:37): A very vintage and faded promotional film on the making of the movie.

The Locations of “Oliver!” (1080i; 4:37): A look at the many real locations that were recreated on the backlot of Shepperton Studios.

It’s great to see Sony release many of their licensed titles that have gone out of print on Blu-ray, and Oliver! is no exception. 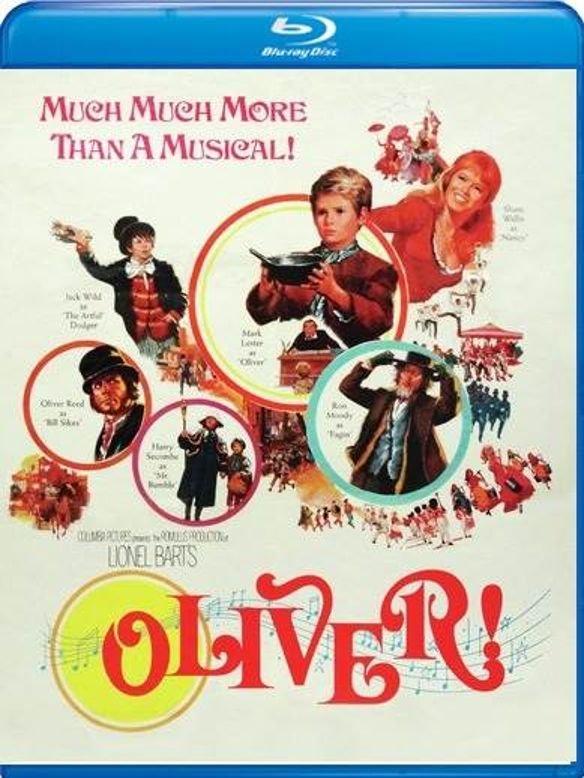