Forum List What's new Dark Style Change width
Log in Register
What's new Search
Menu
Log in
Register
Navigation
Install the app
More options
Dark Style
Close Menu
Posted on February 9, 2022 by Martin Dew
You are using an out of date browser. It may not display this or other websites correctly.
You should upgrade or use an alternative browser.

McIntosh has unveiled the MA9500 and MA8950 integrated amplifiers replacing the MA9000 and MA8900 with added performance enhancements. Both are available this month for $12,000 and $9,000, respectively. According to the NY-based company, dynamic headroom has been increased by more than 50% enabling less distortion on musical peaks, and improved low end bass performance. 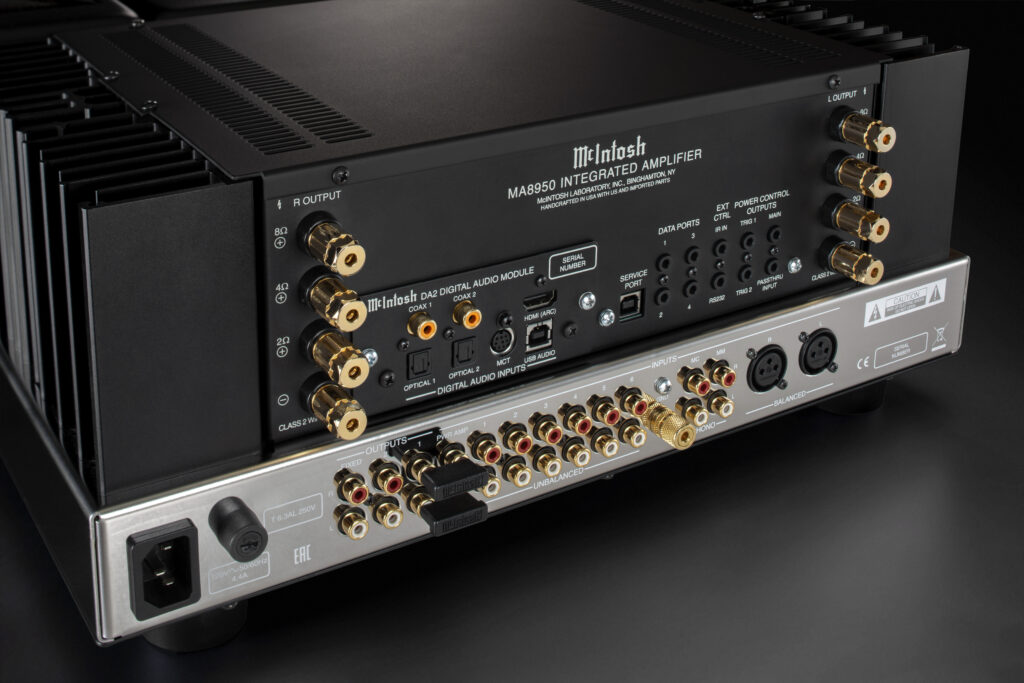 The MA9500 carries 300 Watts per channel augmented by ten analog inputs, including balanced, unbalanced, moving coil and moving magnet phono inputs (both of the latter with adjustable loading). The amp includes a balanced and unbalanced output which can send the audio signal to another power amplifier. Gold-plated ‘Solid Cinch’ binding posts securely attach speaker cables while preventing corrosion and ensuring a quality signal, and there is an onboard discrete eight-band tone control.

The MA8950 sports 200 Watts per channel and comes with nine analog inputs (including one moving coil with adjustable loading). It also carries an unbalanced fixed output and unbalanced variable output along with a discrete, five-band tone control.