Forum List What's new Dark Style Change width
Log in Register
What's new Search
Menu
Log in
Register
Navigation
Install the app
More options
Dark Style
Close Menu
Posted on February 1, 2021 by Todd Erwin
You are using an out of date browser. It may not display this or other websites correctly.
You should upgrade or use an alternative browser.
For die-hard fans 4 Stars

Flicker Alley and Lobster Films bring the early films of comedians Stan Laurel and Oliver Hardy before they became a team to Blu-ray on Laurel or Hardy.

It is often forgotten that prior to their initial (and official) teaming in 1927 on the film Putting Pants on Philip for Hal Roach Studios that Stan Laurel and Oliver Hardy had their own solo careers in silent comedy. Lobster Films (distributed by Flicker Alley here in the US) has put together a nice 2-disc compilation of many of their solo efforts made prior to 1927 in Laurel or Hardy: Early Solo Films of Stan Laurel and Oliver Hardy.

Disc One contains 17 one-reel and two-reel comedies produced between 1918 and 1925 featuring Stan Laurel. Laurel was theater-trained in Scotland, starting out in vaudeville as Charlie Chaplin’s understudy, and venturing to the United States full time in 1917. Laurel made three films with comedian Larry Semon, the second in the series is included here, Bears and Bad Men in 1918. Stan was not the main star of these films, Semon was, although he did have more than just a supporting role in the film. Interestingly, Larry Semon’s studio closed down due to the Spanish Influenza outbreak at the time. For the next several years, Stan Laurel appeared in several one and two reel shorts at various studios until landing a contract at Hal Roach Studios in 1926, where he would eventually be teamed with Oliver Hardy.

The 17 shorts found on Disc One are as follows:

Disc Two contains 18 split-reel, one-reel, and two-reel comedies produced between 1914 and 1926 featuring Oliver Hardy. Hardy had a much more successful solo career in movies than his future partner Stan Laurel. He started out by running a small movie theater in Milledgeville, Georgia, and after studying the films he presented at the theater, caught the acting bug and moved to Jacksonville, Florida, a location where many New York-based movie studios spent the winter months. After watching from afar at the Lubin studios, he was discovered in 1914 and began appearing in many of the studio’s comedies, starting with a small role in Outwitting Dad (not included in this set, unfortunately), slowly elevating to larger roles in films like The Servant Girl’s Legacy and teaming with Billy Ruge in a series of shorts as “Plump & Runt” in 1916 (three of those shorts are included here – The Serenade, Hungry Hearts and The Candy Trail). Hardy would be paired in 1921 with Larry Semon (whom Stan Laurel worked with previously) for a series of films for Vitagraph, eventually finding a permanent home at Hal Roach Studios in 1926, and prior to forming the team we know and love, he would be directed by Stan Laurel in Wandering Papas.

The 18 shorts found on Disc Two are as follows:

The shorts included in this set are nowhere near the classic Laurel & Hardy shorts and features that would follow. Both Stan Laurel and Oliver Hardy were taking on different roles and developing their craft and ultimately their on-screen personas. This was also the silent era, which relied much more on slapstick and sight gags than humorous dialogue and was also a developing industry. These are entertaining films and often more than just curiosity pieces.

The restoration work on the shorts contained in this collection by Lobster Films is centered more on attempting to present each film in its most complete form as possible, with picture quality taking a close second. Time has not been kind to most of these films, with some films consisting of footage from collectors in various film formats, including 35mm, 16mm, 9.5mm, 8mm and even 17mm. Many of the films contain scratches, splices, cloud-like splotches and even partial frames missing. According to the liner notes, some digital cleanup and stabilization work has been performed on these films, but nothing to the extent of what was done on the Laurel & Hardy: The Definitive Restorations set released last summer. All of the shorts still look like film, with varying degrees of grain. Detail wavers from very good to extremely soft, all dependent on the generation and format of the footage being used. With most films from the silent era presumed to be lost forever, we should be grateful that these rarely seen films have survived in a viewable condition, although some are still incomplete.

All of the films in this collection have been given an instrumental score by various composers including Eric Le Guen, Andrew Simpson, Antonio Coppola, Serge Bromberg, Ben Model, Neil Brand, Donald Sosin, and Phil Carli. The scores are presented in DTS-HD MA 2.0 stereo, and with either Dolby Surround or DTS Neural:X engaged, are fairly immersive, giving the feeling of being in an old movie house with a piano player.

Laurel or Hardy is packaged in a 2-disc clear keepcase with discs stacked on one side behind one another, meaning that you need to remove disc one in order to remove disc two. That is unfortunate but understandable when you consider just how thick the booklet of liner notes is.

Stan Laurel Image Gallery (Disc One): A collection of 19 images of Stan Laurel.

Die-hard fans of Laurel & Hardy and film enthusiasts will likely want to add this collection to their library. My biggest disappointment with the set was a lack of film historian commentary tracks for at least a few of these shorts.

Those of you looking for a preview of the disc should tune in to Sunday's edition of The Silent Comedy Watch Party on YouTube. Ben Model and his co-host Steve Massa will be running four one-reelers from this set with live piano accompaniment by Ben Model.

Special guests will be Serge Bromberg from Lobster Films and Rob Stone from the Library of Congress.

And it's free ! Sunday, February 28 @ 3pm EST - live from New York ! ( and if you miss it live the link stays active after broadcast) 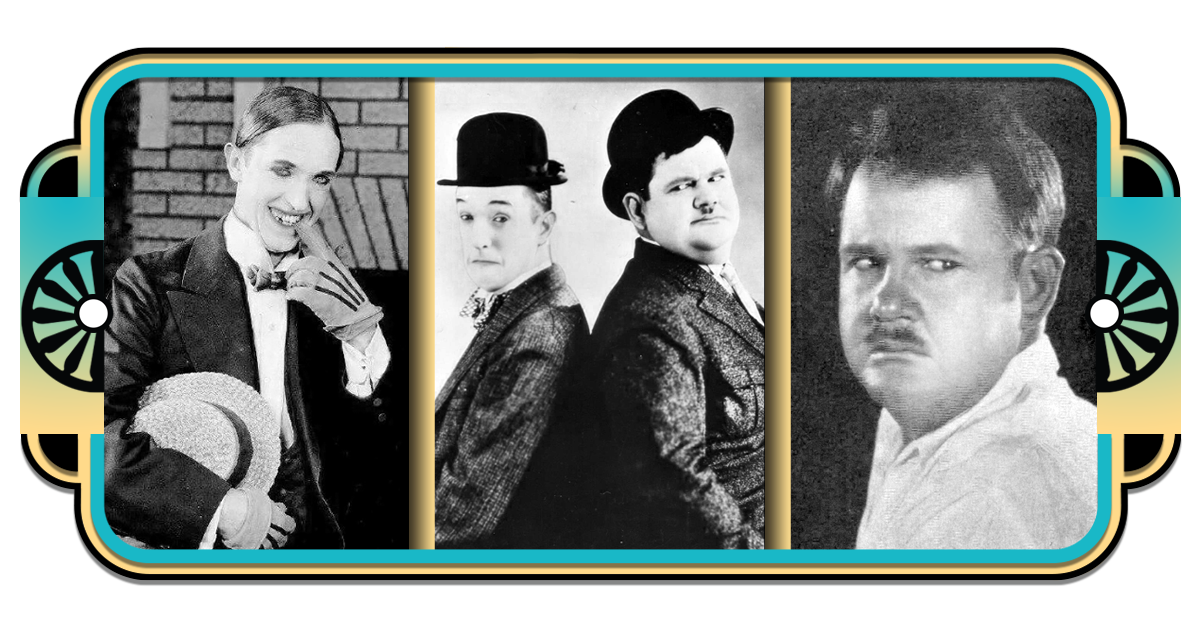 www.silentfilmmusic.com
Last edited: Feb 27, 2021
You must log in or register to reply here. 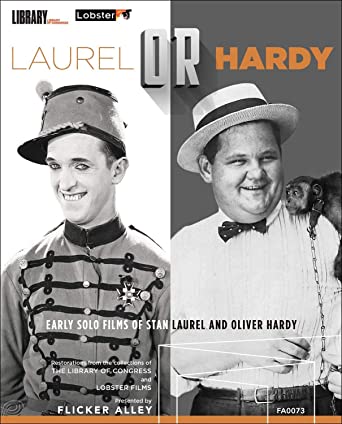