The L-Shaped Room is, for its time, a surprisingly frank adult drama which features a brilliant lead performance by Leslie Caron. It has arrived on Blu-ray from Twilight Time with a superb black & white transfer courtesy of Sony.

The L-Shaped Room is, for its time, a surprisingly frank adult drama which features a brilliant lead performance by Leslie Caron. It has arrived on Blu-ray from Twilight Time with a superb black & white transfer courtesy of Sony.

Jane Fosset (Leslie Caron), a 27-year old Frenchwoman, arrives in London and walks from rooming house to rooming house in search of suitable and affordable lodging. She finally arrives at a shabby house owned by a middle-aged woman named Doris (Avis Bunnage), who has a vacancy in a third-story walk-up, the “L-Shaped Room” of the title. Doris assures Jane that she would never take advantage of her and then immediately tries to overcharge for the room. Jane threatens to continue looking and Doris relents. The room is rather dingy and has cardboard-thin interior walls, but Jane does not have a job and cannot afford a better place. She shares the third floor with a friendly black musician named Johnny (Brock Peters). He can hear everything that happens in her room, and vice-versa.

The house is populated by an assortment of interesting character, none more so than aspiring novelist Toby Coleman (Tom Bell), who lives on the second floor. Toby is good-looking and charming, and he immediately takes an interest in Jane. Living on the first floor is an older couple who like to party, and the basement apartment is occupied by two prostitutes who have a thriving business. When Jane gets ready to go to sleep on her first night in her room, she is horrified to discover that her mattress is covered in bedbugs (the scene where Johnny shows Jane how to kill bedbugs is remarkable).

It soon becomes evident that Jane has come to London because she is pregnant and single. She goes to see an insufferable doctor who questions her about the father. After she tells him that she is not interesting in marrying the man, the doctor, without even asking Jane, tells his secretary to make an appointment with another doctor who will certify that she is eligible to terminate the pregnancy. The word “abortion,” incidentally, is never uttered during the film, its omission likely having been intentional in order to assuage the censors. When Jane objects that the doctor has not even bothered to ask her if she wanted the baby, he responds incredulously, “You want to have the baby?” Jane, who takes umbrage at the doctor’s attitude, replies emphatically, “Yes. Now I do. When I came in here I wasn’t sure. But after listening to you, yes, I do.”

Jane gets a job as a cook in a pub, and she unsuccessfully tries to hide her pregnancy from the others in the rooming house. She eventually warms up to Doris, who deduced that Jane is pregnant after overhearing her telephone conversation with the doctor’s office. Johnny comes to the same conclusion after hearing Jane experience morning sickness. Seemingly the only person who is kept in the dark is Toby, who falls in love with Jane. But pregnancy is not a condition that can be kept from him indefinitely.

Leslie Caron’s heart-wrenching performance gave her an Academy Award nomination and earned her the Golden Globe for Best Actress and the BAFTA for best British Actress. Tom Bell is excellent as the alternately charming and infuriating Toby, and Brock Peters is impressive as the usually ebullient Johnny. The L-Shaped Room was only the second directorial credit for Bryan Forbes, who went on to make such notable films as Séance of a Wet Afternoon, King Rat, and The Wrong Box. He also wrote the screenplay, which is based upon a novel by Lynne Reid Banks.

The L-Shaped Room is a powerful, gritty, realistic adult drama that viewers will not soon forget.

The L-Shaped Room is presented in crisp 1080p black & white via the AVC codec. The film is framed at 1.66:1 and demonstrates excellent black levels, pleasing contrast and fine shadow detail. The superb cinematography is by Douglas Slocombe, known for such films as The Lion in Winter and Raiders of the Lost Ark. His career as a cinematographer spanned five decades and he died two years ago at the ripe age of 103.

Readers are encouraged to read the laudatory comments by our resident expert, Robert A. Harris.

The English 1.0 DTS HD-MA soundtrack has excellent fidelity and exhibits no age-related anomalies. Some of the British terminology will sound strange to many Americans, who may find the English SDH subtitles to be helpful. The jazz music is by John Barry and is presented clearly and without distortion.

The extras on this Blu-ray disc include the original theatrical trailer, which is in very good shape. There is an informative commentary track by film historians Lem Dobbs, Julie Kirgo, and Nick Redman.

Also included is an isolated music and effects track.

The L-Shaped Room is a memorable film which has been given first-class Blu-ray treatment by Twilight Time and Sony. It has been released in a limited edition of 3,000 copies, so readers interested in purchasing it should go to the Twilight Time website or the Screen Archives website to confirm that copies are still available. 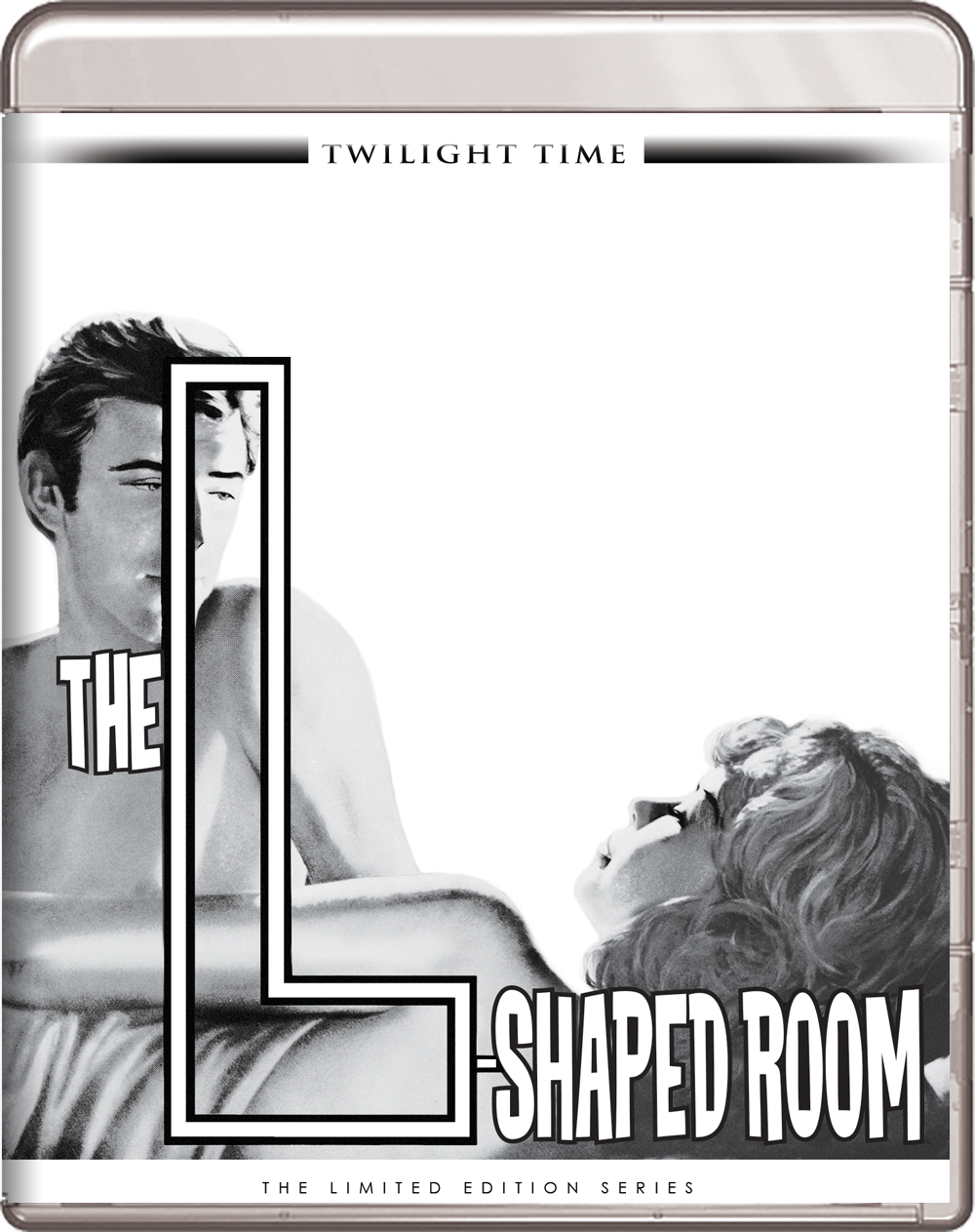