Forum List What's new Dark Style Change width
Log in Register
What's new Search
Menu
Log in
Register
Navigation
Install the app
More options
Dark Style
Close Menu
Posted on February 22, 2018 by Todd Erwin
You are using an out of date browser. It may not display this or other websites correctly.
You should upgrade or use an alternative browser.
Fun follow-up 4.5 Stars

Lara Croft Tomb Raider: The Cradle of Life, Angelina Jolie’s second outing as the video game adventurer, manages to capture much of the fun of the first film despite its ridiculous plot involving Pandora’s Box.

An earthquake off the coast of Greece attracts treasure hunters from across the globe hoping to find a map leading them to the mythical Pandora’s Box. Lara Croft (Angelina Jolie) is one of those relic hunters and uncovers the orb containing the map, only to have crime lord Chen Lo (Simon Yam) steal it from her and take out her team. Back home, MI6 approaches Lara to retrieve the orb before Chen Lo turns it over to Jonathan Reiss (Ciarán Hinds), who wants to use it to locate and open Pandora’s Box, unleashing a deadly virus worldwide. Lara agrees, as long as she can enlist the aid of imprisoned mercenary (and former lover) Terry Sheridan (Gerard Butler). Lara and Sheridan track Lo down to a hand off of the Orb to Reiss. With the help of her assistants back home, Bryce (Noah Taylor) and Hillary (Christopher Barrie), Lara is able to decode the orb and find the location of Pandora’s Box and race to Africa with the help of Kosa (Djimon Hounsou) to try to defeat Reiss.

I enjoyed Lara Croft Tomb Raider: The Cradle of Life quite a bit, thanks to the brisk-paced direction of Jan de Bont (Speed) and editing of frequent Spielberg collaborator Michael Kahn. Jolie appears to be having more fun in the role this time out, possibly due to the on-screen chemistry between her and relative newcomer at the time Gerard Butler. Ciarán Hinds, as usual, makes for an entertaining maniacal villain. The film also boasts some spectacular stunt work, particularly the wingsuit jump off a skyscraper in Hong Kong. Watching both films back to back, I did find the use of CGI much more obvious in this later entry than the first (the opening credit with the boulders falling in the water were especially cringe-inducing).

According to IMDB, Cradle of Life was photographed on 35mm film stock and completed as a 2K digital intermediate. Compared to the Warner-authored Blu-ray release (which in included in this set) Paramount’s 2160p upscale with Dolby Vision high dynamic range (which also contains data for HDR10) has a slight uptick in fine detail, such as textures in rock formations and fabrics of the costumes worn by the actors. Colors are a bit more vibrant and natural, while contrast is much tighter, allowing for deeper blacks and stronger shadow detail.

Paramount’s 4K UHD Blu-ray contains the same, excellent DTS-HD MA 5.1 track included on the 1080p Blu-ray version. The overall mix is much more thought out than on the previous entry, never completely bombarding the viewer with sounds and music from all angles at the risk of drowning out dialogue. This is still an immersive 5.1 mix, but dialogue is much tighter and better controlled. LFE is also strong and never overbearing.

Nearly all of the extras are found on the previously released (and included) Blu-ray release that was originally authored by Warner in 2013, which ported over all the extras from Paramount’s DVD release in 2003.

Audio Commentary with Director Jan de Bont: The UHD disc contains only one special feature, and unfortunately Paramount likes to bury these commentary tracks in the Audio Selection sub-menu on their UHD releases when they are included. On the Blu-ray, the track can be selected from the Special Features menu.

Digital Copy: An insert contains a code to redeem digital copies on both UltraViolet (via ParamountMovies.com) and on iTunes (via ParamountDigitalCopy.com).

While not the major upgrade that the first entry was over its previous home video incarnations, Paramount’s new 4K UHD Blu-ray edition of Lara Croft Tomb Raider: The Cradle of Life is worth getting for those who have yet to pick it up or never upgraded beyond DVD. 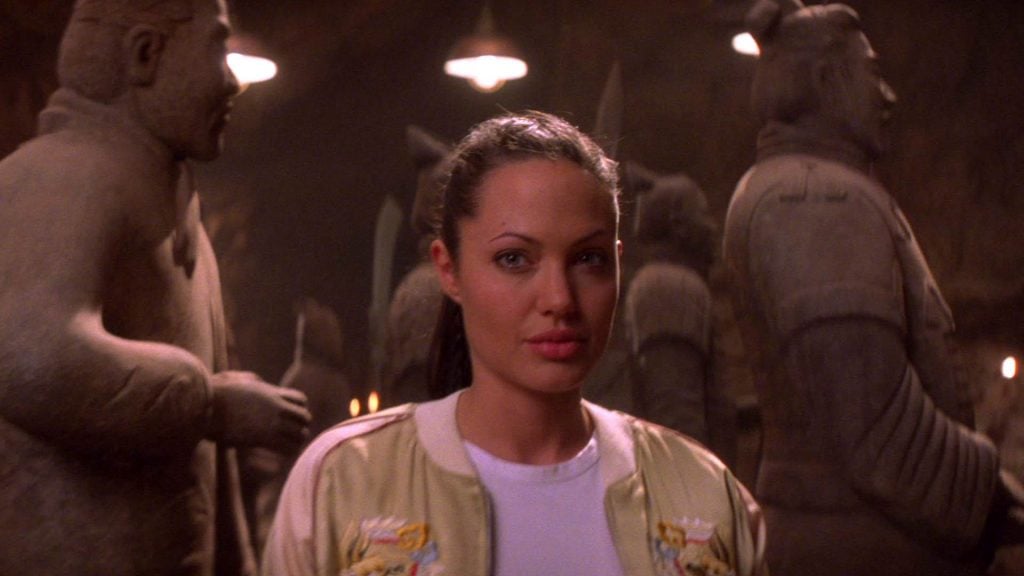 Lara Croft Tomb Raider: The Cradle of Life, Angelina Jolie’s second outing as the video game adventurer, manages to capture much of the fun of the first film despite its ridiculous plot involving Pandora’s Box.

Thanks for the review!!!

Why does an upscale get the maximum video score? What would you give if the film were rescanned at 4K and the disc were real 4K? The same?
You must log in or register to reply here.

A Few Words About A few words about...™ Lara Croft Tomb Raider & The Cradle of Life -- in 4k UHD Blu-ray