King Arthur: Legend of the Sword, Guy Ritchie’s re-imagining of the Arthurian legend, is an incoherent mess that it’s no wonder audiences almost completely ignored the film during its theatrical run.

When film historians look back at the summer of 2017, they will likely refer to it as the summer of franchise has-beens and wanna-bes. Guy Ritchie’s King Arthur: Legend of the Sword was supposed to be the first of a six-film series that re-imagined the Arthurian legend. Charlie Hunnam (Pacific Rim) plays Arthur, a man raised by prostitutes in a brothel who found him floating in a boat after his father and mother were murdered by his uncle, Vortigern (Jude Law) in a coup to take over Camelot. Arthur does not know of his destiny, and when he is brought to Camelot to remove Excalibur from the stone, he succeeds but rejects the sword, despite being saved by a team led by Bedivere (Djimon Hounsou) and The Mage (Astrid Berges-Frisbey). Arthur eventually accepts his destiny after a series of (redundant) challenges, and faces off against his uncle.

There are many problems with King Arthur, the first and foremost being that the film is essentially a mash-up of legends and literature, including but not limited to Hamlet, Macbeth, Lord of the Rings, the story of Moses from the book of Exodus, Star Wars, Game of Thrones, etc., with only a sprinkling of the better-known portions of King Arthur. Director Guy Ritchie’s trademark style of quick cuts, flash backs and flash forwards, slo-mo and sped-up action sequences, the use of GoPro cameras are more of a distraction here in the storytelling than in his more popular films such as Sherlock Holmes, Snatch, and Lock, Stock and Two Smoking Barrels. The characters, as written, are uninteresting and rather dull, even Jude Law as Vortigern and especially Charlie Hunnam as Arthur. As Thumper once said, quite famously, “if you can’t say something nice, don’t say nothing at all.”

King Arthur: Legend of the Sword was captured using Arri Alexa and Alexa XT cameras, then completed as a 2K digital intermediate. While detail and contrast get a noticeable bump compared to the 1080p Blu-ray (particularly in many of the wider shots), the mostly muted color design has been retained with reds and blues receiving a modest boost in clarity.

The Dolby Atmos mix, which played back as Dolby TrueHD 7.1 on my current system, is a fairly immersive experience. Surrounds are very active throughout, with discrete sounds emanating from all corners of the sound stage. LFE is deep and expansive without being overly boomy. Dialogue, for the most part, is understandable and does not get lost in the mix, but some of the accents are a bit thick and may require subtitles from time to time. I wish all studios used Universal’s U-Hear option that backs up 30 seconds and briefly turns on the subtitle track, as that would certainly be beneficial on this title.

All of the special features can be found on the included Blu-ray.

Arthur with Swagger (1080p; 9:41): The cast and crew gush over how wonderful Charlie Hunnam is.

King Arthur: Legend of the Sword really tested my patience, despite its nice video transfer and active surround mix, and the extras were a bit too self-indulgent to really be enjoyed. For true fans of the film only.

I saw this on a Redbox rental (with coupon) so it only cost me 80 cents. This was one of my anticipated films of the year and I was disappointed with the awful reviews and skipped it at the theater. I enjoyed it more than I expected, save for the awful video game-like climax.
Reactions: Todd Erwin
You must log in or register to reply here.
Share:
Facebook Twitter Reddit Pinterest Tumblr WhatsApp Email Link 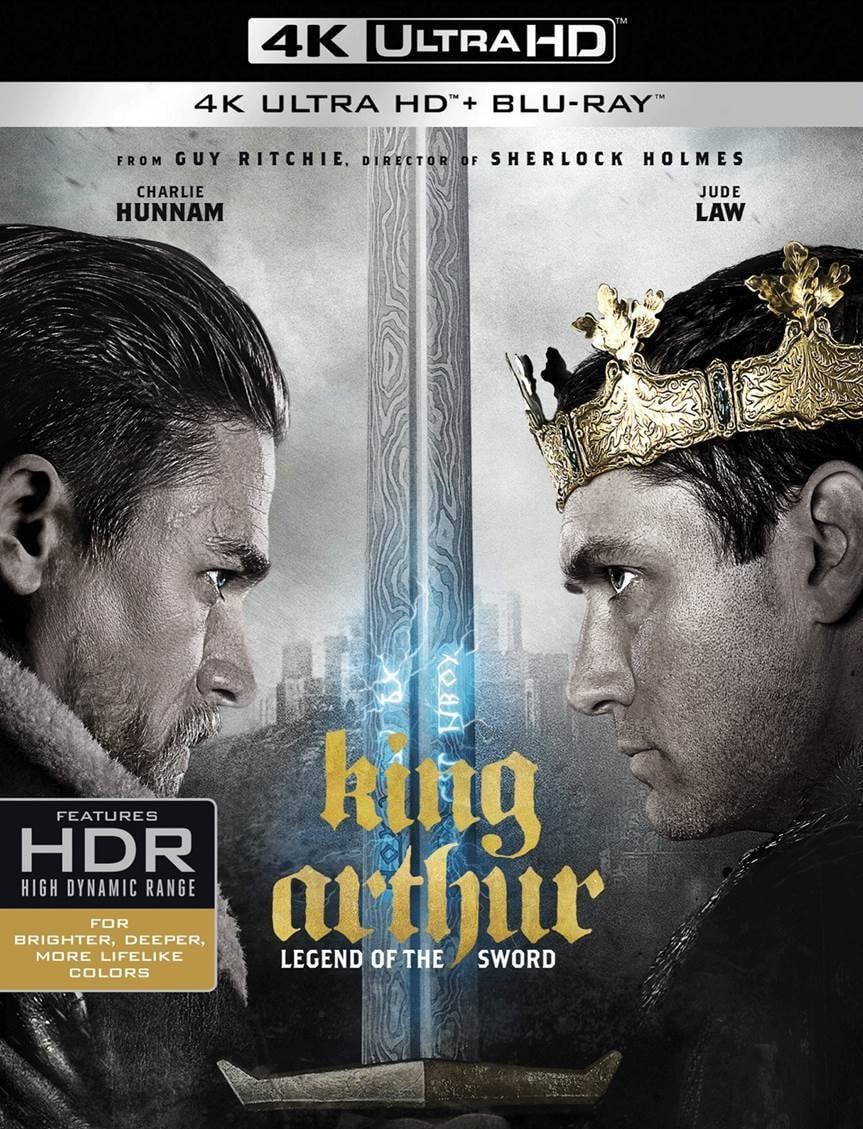