Although established in the 1930’s, Hammer Film Productions didn’t really begin to attract major notice until the mid-1950’s, when they began to release a series of science fiction and Gothic horror films that would soon become synonymous with the company and become known as “Hammer Horror”. Released just a year after the success of The Curse of Frankenstein, the company’s take on Dracula (known as Horror of Dracula here in America on initial release) helped cement Hammer Films as a major player in the horror movie world. A longtime favorite in the genre, Warner Archive has finally released the movie on Blu-ray for the first time here in the states.

In 1885, Jonathan Harker (John Van Eyssen) arrives in Transylvania to work for Count Dracula (Christopher Lee) as a librarian, but it’s a guise in the hopes of killing the evil Count. Unfortunately, this proves unsuccessful and it falls to Dr. Van Helsing (Peter Cushing), a colleague of Jonathan’s, to take up the task of destroying the Count. In order to do so, he has to enlist the help of the skeptical Arthur Holmwood (Michael Gough), whose immediate family becomes the target of Dracula, to finally end the unholy reign of terror once and for all…

With this take on Bram Stoker’s immortal classic, the elements that have come to define Hammer Horror are all in place here. The lush trappings, courtesy of production designer Bernard Robinson and cinematographer Jack Asher, give the movie a layer of seductive beauty with a dose of terror mixed in for good measure. The director and writer team of – respectively –  Terence Fisher and Jimmy Sangster manage to keep the essentials of the classic tale without sacrificing much in terms of narrative and atmosphere. James Bernard’s full blooded and spectacularly sinister score further illustrate why he was the company’s go-to composer for many of their films and Phil Leakey’s makeup effects (along with an uncredited Roy Ashton) helped cement the fanged vampire in popular culture to this very day. All in all, this is a B movie with the trappings of an A list quality production that has maintained its popularity in the genre ever since its initial release.

As Count Dracula, Christopher Lee cemented his place in the genre as a legend and successor to Bela Lugosi as well as a preeminent figure in Hammer’s regular rotation of actors; this would be the first of seven portrayals he would do for the company. As the Count’s nemesis Van Helsing, Peter Cushing gives what is probably the most definitive portrayal of the character (sorry, Edward Van Sloan); this would also be the first of five times he would portray the role for Hammer as well. In what would be his first official horror film, Michael Gough does a solid job as Holmwood, the skeptic turned key ally of Dr. Van Helsing; although he would go on to make more appearances in horror movies, his only other Hammer film would be their take on The Phantom of the Opera (1962). Other notable appearances include Melissa Stribling as Mina Holmwood, Carol Marsh as Lucy, John Van Eyssen as the ill-fated Jonathan Harker, Charles Lloyd-Pack as Dr. Seward, Hammer favorite Miles Malleson as an undertaker, and Valerie Gaunt as one of Count Dracula’s first victims.

The original 1:66:1 aspect ratio is preserved on this transfer, taken from the 2007 BFI restoration as well as additional elements discovered thereafter. For those wondering, this transfer opens and closes with the original Universal-International logo and has the original “Dracula” title card from the UK version at the beginning of the movie. As for the transfer itself, colors are strong and appear to be properly timed compared to previous editions on home video. However, as RAH mentions in his A Few Words About… post on the movie, the movie has had problems from an archival standpoint, and the transfer here looks like it was taken from a collector’s print of the movie; grain is mostly consistent, with some noticeable shifts in regards to the additional elements used for the restoration, such as the extended staking scene for instance. The final word is that the transfer is definitely an improvement and likely the best we’ll see until a full-fledged restoration of the OCN can take place.

The original mono soundtrack is presented on a DTS-HD Master Audio track for this release. Dialogue is strong and clear and James Bernard’s full-blooded score is given very strong fidelity and clarity without being too overpowering. There’s nary an instance of age related artifacts, making this by far the best the movie has sounded on home video.

The only special feature on this release is the original theatrical trailer (2:11).

In the 60 years since its release, Horror of Dracula has become a genre favorite for its straightforward and wonderfully stylized approach to the source material by Hammer. Warner Bros. has done a great job bringing the film to Blu-ray; while the lack of special features may be disappointing to some, the fact that the movie is presented with its original color timing for the first time on home video should be – and it is – a cause for celebration. Until a definitive edition of the movie comes along on home video, it’s highly recommended that you pick up this for your collection.

The video rating should be at least a 4 considering Hammer was never a top tiered studio and it looks pretty close to how it looked back in the day. IMHO
Expand signature
RIP Ziegfeld and Paris Theaters NYC
Reactions: cannon1

I didn't bother in the end. I hate black crush almost as much as I hate excessive dirt on the picture. I can't say that I remember what it looked like back in 1958 as I was only eight years old at the time, but I did see it in an old cinema in 1965 (I think), & of course I can't remember exactly what it looked like, but I do remember thinking, wow, those colours! Anyway, as far as I'm concerned both the BFI & Warner have dropped the ball on this one. Oh well, first world problems, plenty of other great releases to buy.
Last edited: Feb 14, 2019
Reactions: Peter Keller, Will Krupp and JohnMor

noel aguirre said:
The video rating should be at least a 4 considering Hammer was never a top tiered studio and it looks pretty close to how it looked back in the day. IMHO
Click to expand...

As someone who's written more than 7000 reviews over 20 years, I'm no closer now to deciding how to fairly rate unattractive images that accurately replicate the source than I was in 1999.

On one hand, is it fair to ding an "ugly" picture that represents the way the movie's supposed to look?

Probably not, but on the other hand, I feel really uncomfortable giving an "A" picture grade for a film that looks mediocre at best.

I think it's more important to read the comments about how the picture looks than to worry about the letter grade or number rating. We use those as a simple hint but the text itself is more valuable..
Expand signature
Colin Jacobson
http://www.dvdmg.com
Reactions: Peter Keller and dpippel

Colin Jacobson said:
On one hand, is it fair to ding an "ugly" picture that represents the way the movie's supposed to look?
Click to expand...

I, for one, am not willing to concede that it's SUPPOSED to look this way.
Reactions: aPhil

Will Krupp said:
I, for one, am not willing to concede that it's SUPPOSED to look this way.
Click to expand...

I'm not discussing this film in particular - I'm discussing the subject in a global sense...
Expand signature
Colin Jacobson
http://www.dvdmg.com
Reactions: Will Krupp

The royal we, you know, the editorial...
Expand signature
Careful man, there's a beverage here!

Colin Jacobson said:
I'm not discussing this film in particular - I'm discussing the subject in a global sense...
Click to expand...

Colin Jacobson said:
I'm not discussing this film in particular - I'm discussing the subject in a global sense...
Click to expand...

In a global sense, viewers are not permitted an opinion. Either something is correct (or as humanly close to correct, as possible, based upon extant elements) or it is not.

There is no gray area.
Expand signature
"All men dream: but not equally. Those who dream by night in the dusty recesses of their minds wake in the day to find that it was vanity: but the dreamers of the day are dangerous men, for they may act their dreams with open eyes, to make it possible. This I did." T.E. Lawrence
Reactions: haineshisway

Robert Harris said:
In a global sense, viewers are not permitted an opinion. Either something is correct (or as humanly close to correct, as possible, based upon extant elements) or it is not.

You're obviously comfortable giving perfect "picture quality" grades based on what you interpret as correct - I'm not.

I just can't assign an "A+" to something that objectively looks mediocre at best.

I prefer to have some compromise in the grading and explain the choice in the text...
Expand signature
Colin Jacobson
http://www.dvdmg.com

When a transfer is done right, like: She Wore A Yellow Ribbon, Bad Day At Black Rock, Lust For Life, How The West Was Won, Ben-Hur, The Boy Friend, & many, many more (I've just chosen Warner titles for arguments sake), you don't get this - that's how we think it looked at the time, that's how the director wants it, that's what an assistant cameraman said it should look like (TGTBTU), we have a print & it looks just like that, you don't get complainers being told to get their TVs professionally calibrated. You just pop in the disc & enjoy the film with a big grin on your face.
Last edited: Feb 16, 2019
Reactions: Will Krupp
You must log in or register to reply here.
Share:
Facebook Twitter Reddit Pinterest Tumblr WhatsApp Email Link 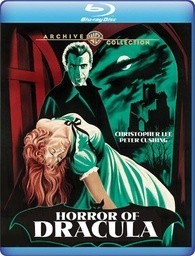