Worth the upgrade 5 Stars

Luc Besson’s science fiction classic, The Fifth Element, finally makes its way to 4K UHD Blu-ray, and what a treat it is for the eyes and ears!

A great evil appears like clockwork every 5,000 years on Earth, and the only weapon that can stop it is located in a temple in Egypt. Fearing the weapon will fall into the wrong hands during World War I, a team of Mondoshowans (who look like something out of The Dark Crystal) arrive in 1914 to collect the four stones and a sarcophagus that make up the weapon, vowing to return in time to save Earth from the next appearance of the great evil. Fast forward to the year 2263, and as a large dark ball of fire heads towards Earth, a Mondoshowan ship returning the weapon is shot down by a team of Mangalores. All that remains of the weapon is what appears to be a hand. Scientists use the DNA from that hand to clone and resurrect the “perfect” human, a frightened young woman named Leeloo (Milla Jovovich), who breaks out of her enclosure and escapes among the skyscrapers of New York, jumping headlong into the taxi cab of Korben Dallas (Bruce Willis), a former major in the special forces who is about to lose his driver’s license due to his wreckless driving habits. After a thrilling chase through the skyways of New York and eluding the police, Dallas takes Leeloo to Father Vito Cornelius (Ian Holm) at her request. Leeloo tells Cornelius that the stones are in the possession of opera singer Plavalaguna (Maiwenn), who will be performing on a cruise ship orbiting the planet Fhloston, an exclusive vacation destination that is sold out years in advance. As luck would have it, radio personality Ruby Rhod (Chris Tucker) has been running a contest to the resort that includes tickets to see Plavalaguna. The President (Tommy “Tiny” Lister) fixes the contest, sending Dallas and Leeloo to retrieve the stones. However, industrialist Zorg (Gary Oldman) has been working with the great evil and the Mangalores and follow Dallas and Leeloo to take the stones for themselves. Dallas will have to call on his special forces training to battle the Mangalores, retrieve the stones, and get them and Leeloo back to Earth before the great evil destroys the planet.

Luc Besson’s The Fifth Element is a bit more complicated than that, and is a film that almost defies explanation. When I first saw the film upon its initial theatrical release back in 1997, the visual style reminded me of Fritz Lang’s Metropolis, particularly its depiction of 23rd century New York. It is also a very strange, very European movie that blends comedy, science fiction, and action genres rather seamlessly, never taking itself too seriously. Some of the humor is downright bizarre, such as the would-be mugger who knocks on Dallas’s front door early on in the film. Bruce Willis, who was still a very bankable action star at the time, fits in perfectly as the down on his luck cab driver with a military background, very much a cross between his John McClane character from Die Hard and David Addison from Moonlighting. Milla Jovovich is given a broad range to play in one of her first major roles as Leeloo, from comedy to drama to action (something that would come in handy later on in the Resident Evil movies). Gary Oldman is wonderfully cast as the power-hungry, bat-shit crazy Zorg, chewing up the scenery every chance he gets. Ian Holm is delightful as the eccentric priest Vito Cornelius, obviously having a lot of fun with the character. But then there is Chris Tucker as Ruby Rhod, who way too often is as annoying as nails on a chalkboard, although thankfully he has a relatively small role.

The Fifth Element was completed on 35 mm film, back in the days before we had digital intermediates, and this new 2160p transfer appears to have been harvested from the same 4K digital intermediate that was created for last year’s Mastered in 4K Blu-ray release (which is also included in the package). The very first thing one will notice when viewing The Fifth Element in UHD is the major increase in fine detail, particularly the sandstone temple during the opening prologue, where one can see just about every grain of sand on the set. This continues throughout, with Willis’s beard stubble and even the textured blue skin of Plavalaguna (so much so that in a few shots one can see the seams in her latex prosthetics). Grain structure is natural and consistent, never distracting or bothersome. Colors are natural with larger gradations than one would see on the included reference-quality Blu-ray. Contrast is also very strong, with deeper blacks that retain shadow details and bright whites that don’t clip. You can’t ask for a more perfect transfer.

The 4K UHD Blu-ray contains the same highly immersive Dolby Atmos mixed that was included on the previous Mastered in 4K Blu-ray release. I recently upgraded my receiver to a Denon AVR-S930, and this was the first film I experienced on that receiver in a 5.1.2 configured Dolby Atmos. The first thing I noticed was how much more ambient the overall sound design is, providing a more spatial quality to the stone temple in the opening prologue. Heights are also used to great effect during the chase though the New York skyline and other points in the film. LFE is strong, but never overbearing or boomy. Dialogue is clear and understandable, directed mostly to the center channel with occasional panning where appropriate.

Most of the special features are found only on the included Blu-ray, with one exception.

The Director’s Notes: Luc Besson Looks Back (2160p; 10:29): Besson discusses the film’s long history, starting out as a screenplay he wrote as a teenager, to its eventual production and release.

The Alien Element: Mangalores Extras (480i; 2:11): The extras consist of Head Test and Battle Outtake.

The Fifth Element is a disc just about any home theater enthusiast with a 4K UHD setup should have in their possession for its reference quality presentation alone. Highly Recommended.

I agree with most of what Todd wrote, especially regarding the technical merits of this release. I was fortunate enough to score a steeldisk exclusive cover from Best Buy.

My one difference, and it's largely personal, is the description of Tucker's character. Upon my many revisitings of this movie (probably dozens of times), his performance has grown from mildly annoying (I was focused on Willis and Jovovich on first view) to hilarious. Now I take just as much if not more pleasure in Holm and Tucker's performances as I do the primary performances. I'd include Oldman in there as well, I found his portrayal mildly annoying at first and now consider it brilliant. Again, different strokes for different folks, but this is how the film and the actors have grown on me over the years. I think I own this film in 4 different versions (1 DVD, 2 BD releases over the years, and now in 4K). That's how much I love this film.
Reactions: Todd Erwin and Scott Merryfield

Love everything about this movie. Hip syfy.
Reactions: Neil Middlemiss

I really enjoy this film. It's a lot of fun, with some great performances from some great talent. I have owned too many versions of the movie, and really hope this is the last time I will be buying this... but it's probably not. Still looking forward to watching this in 4K, though.

Placing this on my must have on 4K UHD BD!

Mine should be here Wed, will def be watching next weekend.

*** pic not representative of the 4K picture quality...it's an iPhone pic of my TV, reduced even further for uploading to HTF...intended for humorous use only *** Okay not only was she on point, but halfway through she took her in-ear monitor out because of a problem. Remember how that one pop act blamed her bad singing at the Super Bowl because her IEM was malfunctioning so she couldn’t hear herself? Well this singer just had the same problem and absolutely nailed it.
Reactions: Sam Posten and Scott Merryfield

All they needed was, at the end of the performance, for someone to come out with a wall-painted hat and laser gun yelling "GIVE ME THE CASHHHHHHHH!"

I have always been a huge fan of the film. Now, more than ever!

FE has been a family favorite in my household, and I have no doubt my wife and daughter will love this performance.
Reactions: Sam Posten

You know what's funny: I remember thinking at the beginning of the video when I first watched it, "oh cool...too bad they're not gonna do the break it down part..."
Reactions: Sam Posten, Scott Merryfield and Brian L 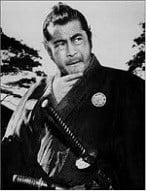 Carlo Medina said:
I agree with most of what Todd wrote, especially regarding the technical merits of this release. I was fortunate enough to score a steeldisk exclusive cover from Best Buy.

My one difference, and it's largely personal, is the description of Tucker's character. Upon my many revisitings of this movie (probably dozens of times), his performance has grown from mildly annoying (I was focused on Willis and Jovovich on first view) to hilarious. Now I take just as much if not more pleasure in Holm and Tucker's performances as I do the primary performances. I'd include Oldman in there as well, I found his portrayal mildly annoying at first and now consider it brilliant. Again, different strokes for different folks, but this is how the film and the actors have grown on me over the years. I think I own this film in 4 different versions (1 DVD, 2 BD releases over the years, and now in 4K). That's how much I love this film.
Click to expand...

These actors nailed their roles perfectly. They are all characters with their own idiosyncrasies. If anyone had the laziest jobs of acting, its probably Bruce Willis and his ex-commander who are playing (to a large degree) stereotypical roles for them.

I will say this, I'll give Bruce credit for nailing the humorous parts. It's an underrated skill, comedic timing, and he could have very well been lost among the performances of the others (in a comedic sense), but he's right there with them. Yes, his character was relatively unchallenging, but the fact that he doesn't stick out like a sore thumb during the many humorous scenes in the movie is a testament to his proficiency in comedic timing.
Reactions: Sam Posten

Carlo Medina said:
I will say this, I'll give Bruce credit for nailing the humorous parts.
Click to expand...

People forget he was on Moonlighting for 66 episodes...
https://en.wikipedia.org/wiki/Moonlighting_(TV_series)
Reactions: Albert71292 and dpippel

Diva Dance behind the scenes:

It has been a few years since I’ve watched the movie. My recollection was that the Diva sang in such a way as to be not humanly possible. Therefore I’ve always assumed her voice was augmented in some fashion. In the above video the Diva sings in a way that is possible for an immense talent.
You must log in or register to reply here.
Share:
Facebook Twitter Reddit Pinterest Tumblr WhatsApp Email Link