Nicholas Ray, one of the most interesting film directors of the mid-twentieth century, has been treated well by the Blu-ray gods of late. Criterion released a beautiful Blu-ray of In a Lonely Place in May, and more recently we were finally treated to a properly framed release of Johnny Guitar by Olive. Now the Warner Archive has graced us with a gorgeous Blu-ray of On Dangerous Ground, a highly original film noir starring Robert Ryan and Ida Lupino.

One is the loneliest number. – Three Dog Night

Nicholas Ray, one of the most interesting film directors of the mid-twentieth century, has been treated well by the Blu-ray gods of late. Criterion released a beautiful Blu-ray of In a Lonely Place in May, and more recently we were finally treated to a properly framed release of Johnny Guitar by Olive. Now the Warner Archive has graced us with a gorgeous Blu-ray of On Dangerous Ground, a highly original film noir starring Robert Ryan and Ida Lupino.

Jim Wilson (Robert Ryan) is an embittered, burned-out plainclothes cop in an unnamed city. For the first half hour the story looks like a fairly standard police procedural, with Wilson and his partners searching for cop killers who have been on the loose for a couple of weeks. When a tipster gives him a lead on someone who knows where one of the suspects is, Wilson finds the man and beats the information out of him, in the process sending him to the hospital. Wilson is called on the carpet by Captain Brawley (Ed Begley), who warns him that further instances of police brutality could cause him to lose his job.

Wilson, who lives alone, tells his partners that he is sick of dealing with “garbage” day in and day out. The plot takes a sudden turn when the partners stop Wilson from beating yet another suspect to a pulp. When Captain Brawley learns of it, he informs Wilson that he is being sent to the upstate town of Westham (Wilson disgustedly calls it “Siberia”) to help a rural sheriff in the investigation of the murder of a young woman. The chief sends Wilson off with the helpful suggestion, “And you’d better take some warm clothes.”

Wilson drives past snow-capped mountains on his way to Westham, where Sheriff Carrey (Ian Wolfe) introduces him to the dead girl’s father, Walter Brent (Ward Bond). Brent, who is unimpressed with the city detective, pledges that when they catch the murderer “I’m just gonna empty this shotgun in his belly. Anybody tries to stop me will get the same thing.” The suspense, therefore, is not so much about whether the killer will get caught, but who will get to him first. When the culprit is spotted, a cross-country chase over snow-covered terrain ensues until Wilson and Brent find themselves at a remote farm which is occupied by a blind woman, Mary Malden (Ida Lupino). She has a brother named Danny (Sumner Williams) who is nowhere to be found, and both Wilson and Brent begin to suspect that Danny is the killer.

Robert Ryan, who is always a commanding presence on screen, is rugged and tough as the cop who hates his job but it is the only job he has ever had. The lovely Ida Lupino is haunting as the sightless and lonely Mary, who is cared for by her brother but who also takes care of him. Ward Bond is excellent as the father who is driven by the need to take revenge for the death of his daughter. Director Nicholas Ray keeps that action moving along at a brisk pace while making the point that a city cop who is surrounded by people on a daily basis can be just as lonely as a blind woman living alone on an isolated farm.

This RKO production is now the property of Warner Brothers, and the Blu-ray release from the Warner Archive is a significant improvement over the previous DVD. The black & white image is positively glistening. It is properly framed at 1.37:1 and is presented in 1080p via the AVC codec. Minor damage which is present on the DVD has been cleaned up. The picture is highly detailed, with inky black levels and excellent shadow detail. The Westham exteriors are beautifully shot on location in Colorado by cinematographer George Diskant (The Racket, The Narrow Margin, Beware, My Lovely, etc.).

Readers are invited to check out the high praise for this release by our resident expert, Robert A. Harris:

A few words about…™ On Dangerous Ground — in Blu-ray

The English 2.0 DTS-HD Master Audio soundtrack is flawless. Every word of dialogue is clear and understandable, and no age-related anomalies were noted. The score by Bernard Hermann reportedly was one of his favorites, and it is reproduced with excellent fidelity. Fans of 1950s television should listen carefully at the 35:35 mark for music which later was used as the opening theme for a very popular western which debuted in 1957.

The extras on this Blu-ray release have been ported over from the DVD. They are the original theatrical trailer, which is in very good shape, and an informative commentary track by film historian Glenn Erickson.

On Dangerous Ground is an unusual and original film noir which boasts excellent performances, wonderful cinematography, and an evocative score by the great Bernard Hermann. This outstanding Blu-ray can be found at the Warner Archive website and at Amazon and it is highly recommended.

The exciting and often ominous score by Bernard Herrmann is a highlight of this film noir. Fine picture quality on this Nicholas Ray film starring Robert Ryan, Ida Lupino, and Ward Bond. Some good cinematography by George Diskant. As sometimes happens there's a scene found in the trailer that's not in the movie.

Last edited: May 20, 2020
Reactions: Jack K and Robert Crawford
You must log in or register to reply here. 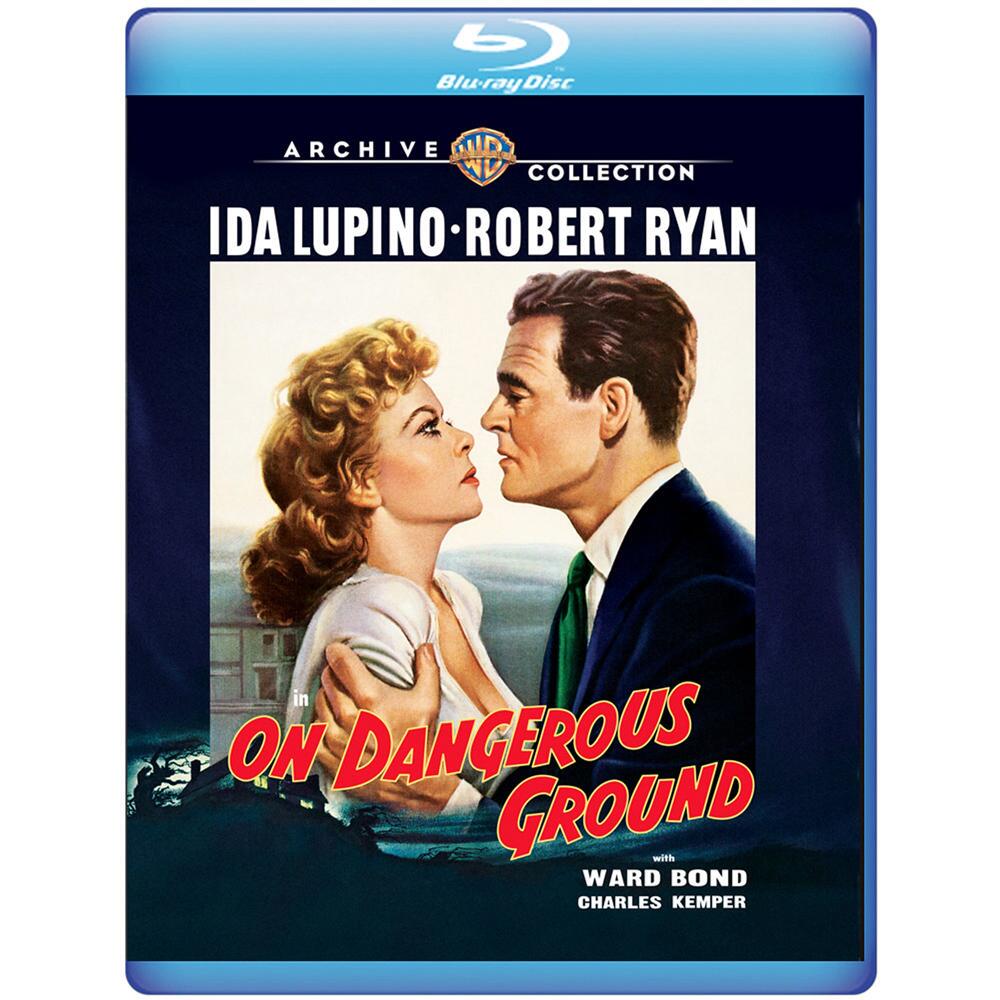