Before transitioning to producing live action movies, Hungarian born George Pal was best known as an animator of the Puppetoons series of shorts here in America. However, following the success of Destination Moon (1950), Pal squarely focused on live action films and would soon become noted for his work in the science fiction genre; one of his most notable productions was the adaptation of H.G. Wells’ The War of the Worlds. Paramount had previously released the movie on DVD, but Criterion has given the movie its US Blu-ray debut as part of its collection.

Is your rating for Audio correct? You have it at “1/5”

The text implies little to no problems (even a ‘major improvement’)

I caught it and updated it; once again, my computer decided to change my rating during editing when I was scrolling through the page.
Reactions: Peter Apruzzese

Stunning remaster. That proves once again that you dont need a 4k HDR disc for a dynamic visual experience.
Last edited: Sep 14, 2020 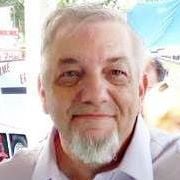 RJ992 said:
Stunning remaster. That proves once that you don't need a 4k HDR disc for a dynamic visual experience.
Click to expand...

Exactly, my standard Blu-Ray looks great! It's really great to see this kinda treatment to any film, especially like this one that some of us marveled at in the theaters. I saw it in a theatrical reissue in the 60s.
Reactions: RJ992