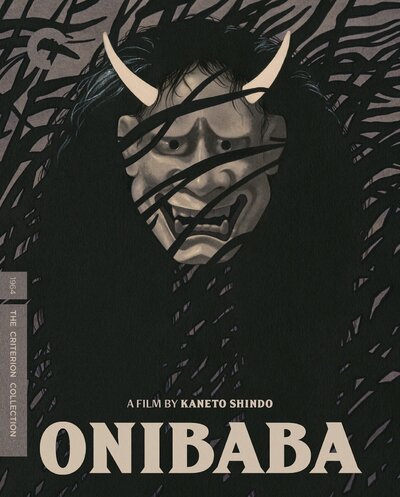 ​
Deep in the windswept marshes of war-torn medieval Japan, an impoverished older woman and her daughter-in-law murder lost samurai and sell their belongings for the most meager of sustenance. When a bedraggled neighbor returns from battle, lust, jealousy, and rage threaten to destroy the trio’s tenuous existence, before an ominous, ill-gotten demon mask seals their horrifying fate. Driven by primal emotions, dark eroticism, a frenzied score by Hikaru Hayashi, and stunning images both lyrical and macabre, the chilling folktale Onibaba by Kaneto Shindo conjures a nightmarish vision of humankind’s deepest desires and impulses.