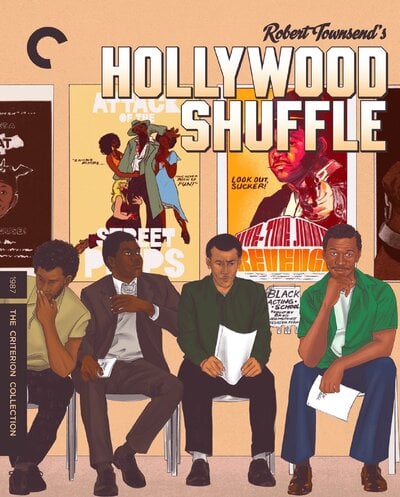 ​
This debut feature by Robert Townsend is an ingenious guerrilla satire that takes riotous aim at the typecasting of Black actors in 1980s Hollywood. The writer-director-star’s megawatt charisma propels Hollywood Shuffle, the hilarious tale of a struggling actor attempting to break into an industry where the only roles available to Black performers seem to be hustlers, butlers, slaves, and “Eddie Murphy types”—forcing him to choose between selling out and maintaining his self-respect. Lampooning everything from film noir to zombie flicks to Siskel and Ebert, Townsend and cowriter Keenen Ivory Wayans cannily turn the frustrations of the Black artist into a subversively funny pop-culture critique.