The true author of the Claudine series of books first published in France at the turn of the century is the subject of director Wash Westmoreland’s Colette, starring Keira Knightley in the title role.

Sidonie-Gabrielle Colette (Keira Knightley) is the daughter from a poor farm couple who arrange to have her married to Parisan author known as “Willy” (Dominic West), despite having any kind of dowry. Willy is actually a bit of a hack, hiring ghost writers to pen his books under his name (and often not paying them what they are due). Colette is bored being a housewife, and at Willy’s urging, she begins to write an autobiographical novel, Claudine. Willy dismisses it, thinking it would never appeal to male readers, but when he is up against a deadline to deliver a new book to his publisher, he dusts off Claudine, helps Colette with rewrites, and delivers it to his publisher. Much to everyone’s surprise, Claudine is a smashing success with female readers, selling out very quickly, prompting the publisher to order a series of books based on the character. Colette soon learns, as the years go by, that Willy is a gambler and philanderer, and when the two cheat on each other with the same woman, a scandal develops when that relationship is retold in the next Claudine adventure, as the publisher is paid to destroy all copies of the book. The movie follows Colette’s life up until the end of her marriage with Willy, noting in the epilogue that she eventually was able to prove she was the author of the Claudine series, but also wrote the source material for Gigi.

Colette is a very British, and at times very dry, biographical film, highlighted by standout performances by Keira Knightley, Dominic West, and Fiona Shaw as Colette’s mother Sido. The movie is an interesting look at the changing roles of women in the early 20th century France.

Colette was captured digitally with Arri Alexa cameras, and Universal’s 1080p AVC-encoded transfer excels on Blu-ray, retaining the movies 2.39:1 theatrical aspect ratio. Cinematographer Giles Nuttgens (Hell or High Water) shot much of the film to have it appear as if naturally lit, yet for most of the film detail is excellent, especially the lush greenery of the countryside exteriors and fabric textures of the costumes. Colors appear natural, although they do tend to favor yellows and blues. Contrast is good, although some of the darker sequences have limited shadow detail.

The included DTS-HD Master Audio 5.1 track will surprise most, considering the type of movie Colette is. Period biographical dramas are usually dialogue-driven, which Colette definitely is, but this is not your standard drama mix. Exteriors make good use of the surrounds with chirping birds and other atmospherics, and the same can be said of the crowded party scenes, with various crowd noises like chatter and applause emanating from all around you. Dialogue is clear and understandable throughout. The only thing really lacking is LFE, which is used mostly to assist the track in offering a deeper low end.

The Story Behind “Colette” (1080p; 2:18): Standard EPK behind the scenes that is way too short to really provide any information on the film.

Notes on a Scene (1080p; 8:05): Director Wash Westmoreland discusses some of the background on the film, then takes the viewer on a look at the scene where Willy introduces his new wife, Colette, to his friends.

Costume Design Photo Gallery (1080p; 3:30): Twenty-one slides of many of the costumes made for the film.

Colette is an interesting look at the early years of French author Sidonie-Gabrielle Colette, played magnificently by Keira Knightley. Although the special features are a bit lacking, the presentation is excellent. 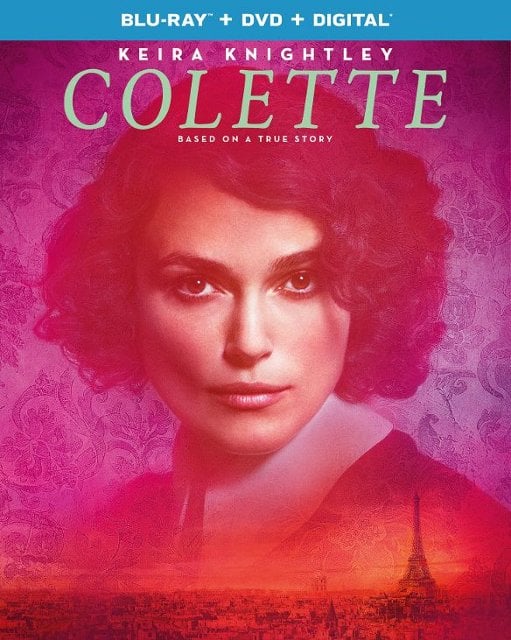