CINEMOOD is a maker of a noiseless, ultralight standalone, portable projector, and the company recently announced that its flagship product, CINEMOOD White, is available at select Target stores nationwide and online at target.com (currently for $349.95). The international company recently expanded operations into North America via a successful crowd-funding campaign.

It should be stressed that the palm-sized PJ was originally designed for ‘family’ viewing, and several product features are based around its child-friendliness, including pre-loaded content, so if our members here on the forum have children, this might be of interest. If you don’t have a family, don’t let it put you off either. As a standalone projector for a camping trip or on-the-go movie consumption, the white cube has some impressive features and specs packed into the small box, with its weight of just 1.4lbs, 16Gbs of internal memory, a five-hour rechargeable battery, a 16:10 aspect ratio at 1024 x 768 and claimed 10,000:1 contrast ratio.

The projector can turn any area inside or outside into a ‘magical’ cinema experience, claims the company, and can display pre-loaded content, streaming videos or users’ own content onto any flat surface. Displaying a ‘clear, beautiful’ image without blue light, CINEMOOD is considered to be safer for the eyes, particularly of young viewers, than TVs, phones or tablets.

The cool little beamer will allow users to stream any online content, including leading subscription-based platforms, creating a library of movies, shows, videos and more. In addition, CINEMOOD users connected to WiFi can stream movies and TV shows from Amazon Prime Video accounts, in addition to content from Netflix and YouTube. The company is also adding Ameba TV as its newest streaming partner. CINEMOOD users commencing in July 2018 as a 14-day free trial, and then by subscription for $3.99 per month. Ameba TV will add a new in-depth library of kids programming with over 600 hours of content. and even comes pre-loaded with over 120 hours of children’s content.

“Our expansion into Target stores in key locations is an important milestone for CINEMOOD,” said CEO Mike Bukhovtsev. “Target shoppers appreciate quality and recognize value. We hope to be in every Target store in the country by the end of the year.” 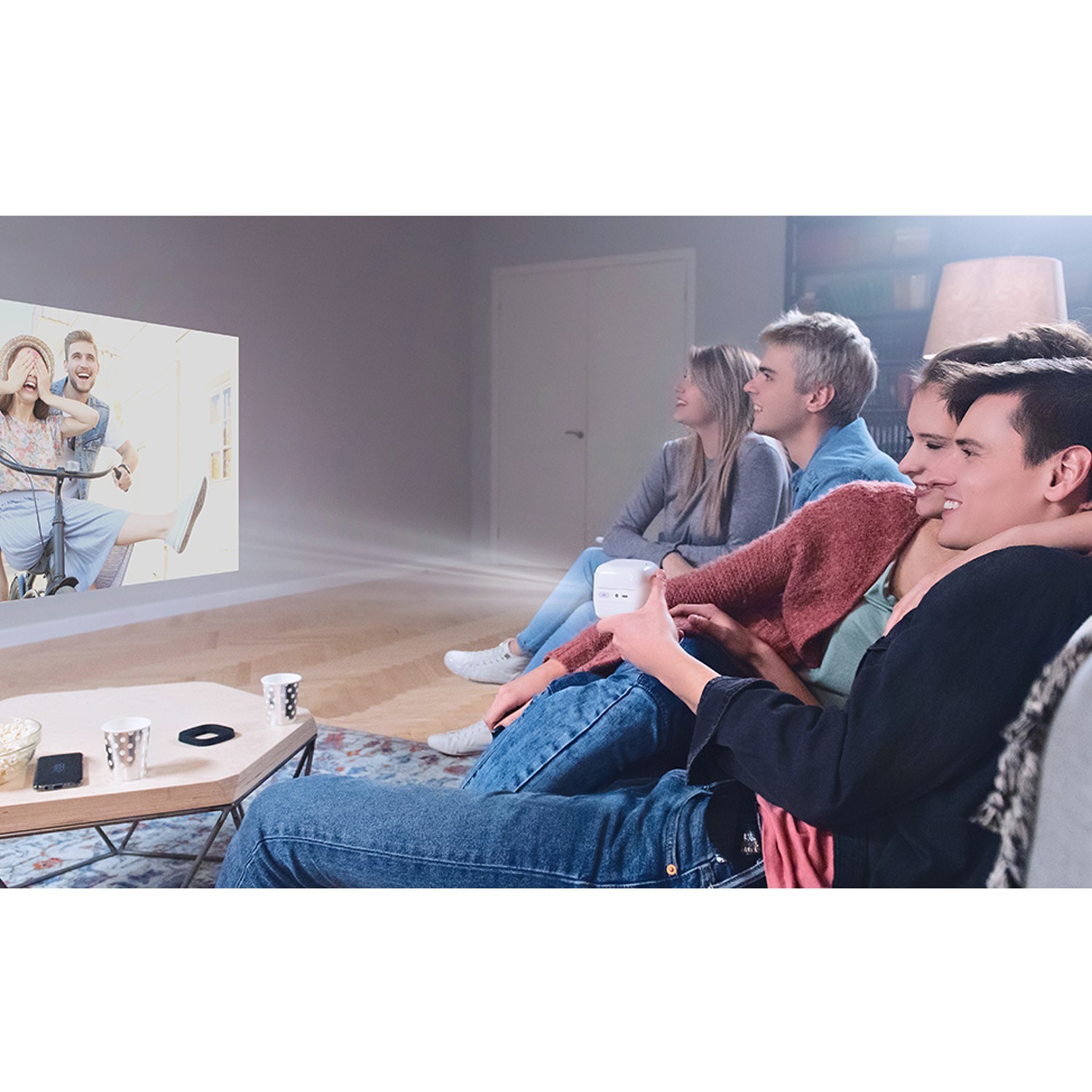