Posted on October 14, 2018 by Robert Harris
So what does a 4k presentation actually accomplish, except a new skew? 4 Stars

Back in 1981, Sam Raimi created a now iconic series, with his original Evil Dead. Shot on a tiny budget, on 16mm, it spawned a brace of kinsmen.

It’s been seen on every possible home video platform, going back to the wax Edison cylinders, and has now, apparently as a part of Lionsgate’s continually “get everything out on 4k” concept, has arrived in that format.

My question is “why?”

Presented open-matte, 1.33, it’s doubtful that there’s more than 2k information in the original negative. So what does a 4k presentation actually accomplish, except a new skew?

The film opens with a logo that initially had me concerned, and then went on to look like, precisely what it is.

Nice presentation, but the “why” remains.

Upgrade from Blu-ray – No 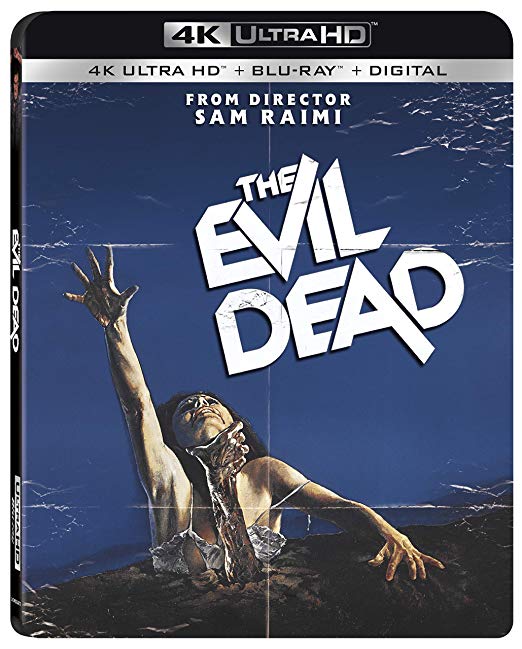