Forum List What's new Dark Style Change width
Log in Register
What's new Search
Menu
Log in
Register
Navigation
Install the app
More options
Dark Style
Close Menu
Posted on October 14, 2018 by Sam Posten
You are using an out of date browser. It may not display this or other websites correctly.
You should upgrade or use an alternative browser.
Don't F with me Bernard, I've had a rough day! 3.5 Stars

1988’s D.O.A. revises the 1949 classic film noir of the same name with a modern (for the time) take. Professor Dexter ‘Dex’ Cornell (Dennis Quaid) stumbles into a police precinct office to report a murder: his own. Tracing back the previous 48 hours he recounts the events as he understands them.
His star pupil has apparently committed suicide. His wife has filed for divorce. And he got sloshed at a bar, first with a brunette who wants to visit oblivion and is later carted off by a creepy older man, and then later by his bubbly student Sydney (Meg Ryan). When he starts feeling violently ill he reports to the school hospital where they regret to inform him he has been poisoned, by a toxic luminous substance. He’s got 24 hours to live and he’s determined to find out who has killed him, and why. 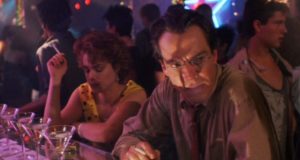 D.O.A. has always held a special place in my movie fandom, as it was released just a short while before I took my first film appreciation class.  One of the first ideas we were exposed to was the noir, and we explored a bunch of classic noir films from the 40s and 50s.  Double Indemnity, The Maltese Falon, The Big Sleep and more.  DOA was an excellent opportunity to see how a noir could be recreated with 80s sensibilities.  And it did so flawlessly for me:

A man pushed to his limits.  A number of femmes fatale.  A potboiler of a mystery at its center, with a glowing macguffin to boot.  A pre-ordained death.  Bookended by black and white throwbacks.  Smart alec quips from the hero.  Creepy outsiders.  Misdirection.  D.O.A. had it all.

Maybe it doesn’t hold up as well as I’d like 30 years later.    Meg Ryan still chews up ever scene she is in tho, and Quaid seems as devilish and in control even when his life is spiraling out of control.

We’re now as far out from the 80s as D.O.A. was from the trail end of the classic noirs. I’m in for a new generation of them anytime.

Dark, gritty, grainy, and out of focus.  Yup, we have noir characteristics in spades (no Sam Spade pun intended).  This blu captures the original print about as well as I’d expect a late 80s flick to look, especially given the DP and director’s visual sensibilities and intent. 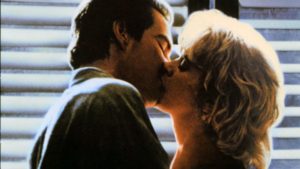 The 5.1 audio here presented in DTS-HDMA is pretty sharp for a 1988 release.  There’s a good amount of surround detail, especially in crowds and rainy scenes, plus a number of low pops from guns, car chases and wrecks.  The techno-noir soundtrack is similarly fun, with a performance from Timbuk3 that is nostalgia-inducing for those of us who remember this film’s theatrical run fondly.

On one hand Kino’s no frills packaging of a film I consider a classic is a bit infuriating.  Maybe those who can dedicate the 4 hours to go through both commentaries will be a little less frustrated.  On the other, DOA looks and sounds about as good as you can expect from a late 80s murder mystery / noir.  It’s definite a blast from the past for me, and it’s kinda cool that it’s based on a story that’s been remade at least 4 times (Crank (2006), Color Me Dead (1969), and Dead on Arrival (2013) in addition to both D.O.A.s).  Each has their own qualities but the 88 is and will always be my favorite. 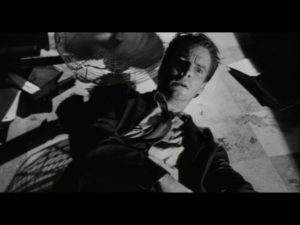 An awful movie to me as a fan of the original D.O.A. (1950) film. Now, that's a film noir classic that needs to be released on Blu-ray instead of being in public domain hell.

You’re frustrated at the lack of extras, yet there are two commentaries. When well done, I find commentaries to be better than most other extras.

Johnny Angell said:
You’re frustrated at the lack of extras, yet there are two commentaries. When well done, I find commentaries to be better than most other extras.
Click to expand...

Same here, but some people just want some 10-15 minute featurette.

They are retreads of commentaries from previous releases is my understanding. And I don't have the patience to rewatch movies 3 times to do commentaries that often.

Sam Posten said:
They are retreads of commentaries from previous releases is my understanding. And I don't have the patience to rewatch movies 3 times to do commentaries that often.
Click to expand...

I’ve read many complains about new releases when pre-existing commentaries weren’t included. Damned if you do and damned if you don’t.

Sam Posten said:
Why not both? =p
Click to expand...

If you mean new commentaries and include the old ones, I'd love that. How many times has that happened? My point is that if I upgrade a dvd with a commentary to blu ray, I'd want the old commentary included.
You must log in or register to reply here.