Though most of us are at our happiest when gaming or enjoying films at louder volumes on our full-size speaker systems with subwoofers, there are times when we need a headset, either for the microphone functionality, or for the simple ability to listen without drawing the ire of our loved ones. Razer’s ManO’War is a headset of the wireless variety, featuring simulated 7.1 surround sound, a retractable microphone and impressive battery life of up to 20 hours with the lighting disabled. Razer has always built a quality product aimed at the PC gamer, but in the case of the ManO’War, PS4 owners can also enjoy this headset, a nice feature that I myself find very useful when gaming late at night.

Retailing for $169.99, the ManO’War is not a cheap product, but it is apparent upon opening the box that this is not a cheaply built product either. While the construction is mostly of plastic for weight reasons, the quality of the injection molded earcups and headband is clear from the first inspection. Joints are thick and well reinforced while the earcups themselves have a surprising solidity, indicating that Razer is building for durability and not just appearance. The ManO’War features articulating earcups, allowing for a very comfortable and flush fit, regardless of the size of your noggin. In my case, despite having a rather large head, the ManO’War easily stretched to fit my head without discomfort.

Of particular note on the ManO’War are what Razer calls “cooling-gel ear cushions” which look like your typical awful, sweat-inducing pleather ear cushions but are in fact something quite unique. I put them to the test during a several hour Overwatch session with some friends, and was astonished to find that not a drop of perspiration was left beneath the headphones upon their removal – a remarkable feat for anyone who has suffered through non-velour earpads in the past.

Razer’s wireless transceiver which resembles a logitech mouse dongle has an impressive range of up to 12m (40 feet), and comes with an included extension kit to get it as far away as possible from the interference caused by a PC’s switching power supply. Built into each earcup are controls. The left ear cup features an on-off button, as well as a rotary mic volume control that can be depressed to toggle muting the microphone. When the microphone is muted, a red LED illuminates the tip of the microphone, offering a nice visual que that the mic is in fact off, something I came to rely upon during long gaming sessions. The right ear-cup features a slot where the USB transceiver can be safely stowed for transport, as well as a rotary volume control for the headset itself. Depressing this volume control mutes the headset itself.

All of Razer’s functionality is brought to life by their Chroma software, the same tool that powers their mice and keyboards. The software allows control of the  headset in a variety of ways, including calibration of the simulated surround sound, audio adjustments, equalization, control of the built-in lighting and also a mixer to adjust the volume of various applications. The software also includes OSD functionality, which pops up a nice visual indicator of volume on the screen when it is adjusted. 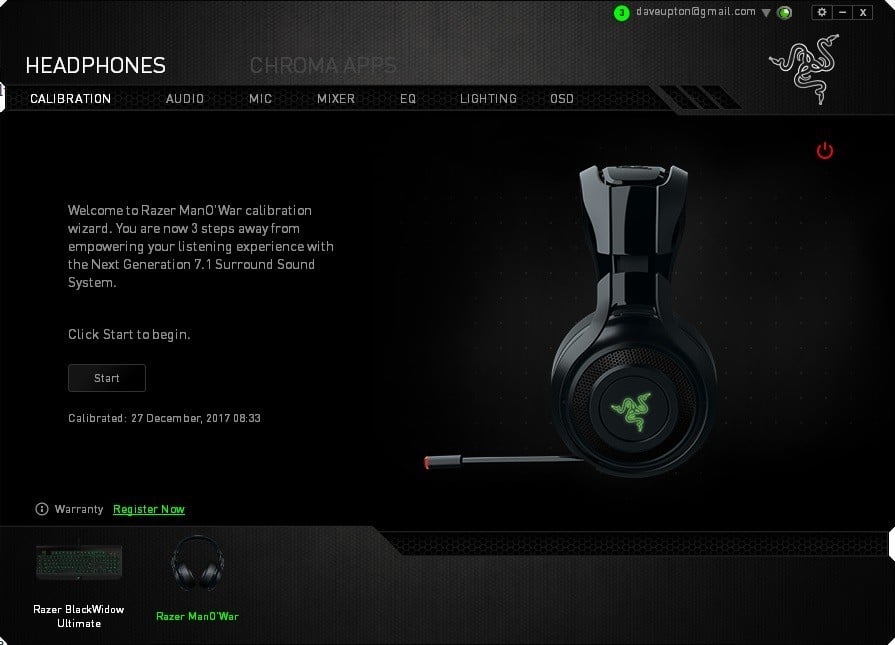 Compared to the hifi headphones available today, the Razer ManO’War is clearly not a high fidelity option for 2 channel music listening, however the sound signature is relatively flat and neutral, making other forms of entertainment quite enjoyable. For gaming, this headset does a very good job at presenting depth and 3D positioning of spatial queues is above average, which is advantageous for those who game competitively. For FPS players in particular, the simulated 7.1 surround is quite effective, particularly after calibration. In my case, I found that my ability to hear where enemies were running from in Overwatch was substantially impoved by switching from stereo headphones to the ManO’War.

Razer has delievered another fine product in the ManO’War headset. It combines thoughtful design, comfort, tremendous battery life and excellent performance. As usual, Razer’s engineers have put a great deal of thought into ergonomics and useability, and it shows in the final product. If you’re seeking a wireless gaming headset for your PC or PS4, I don’t think you can go wrong with the ManO’War. 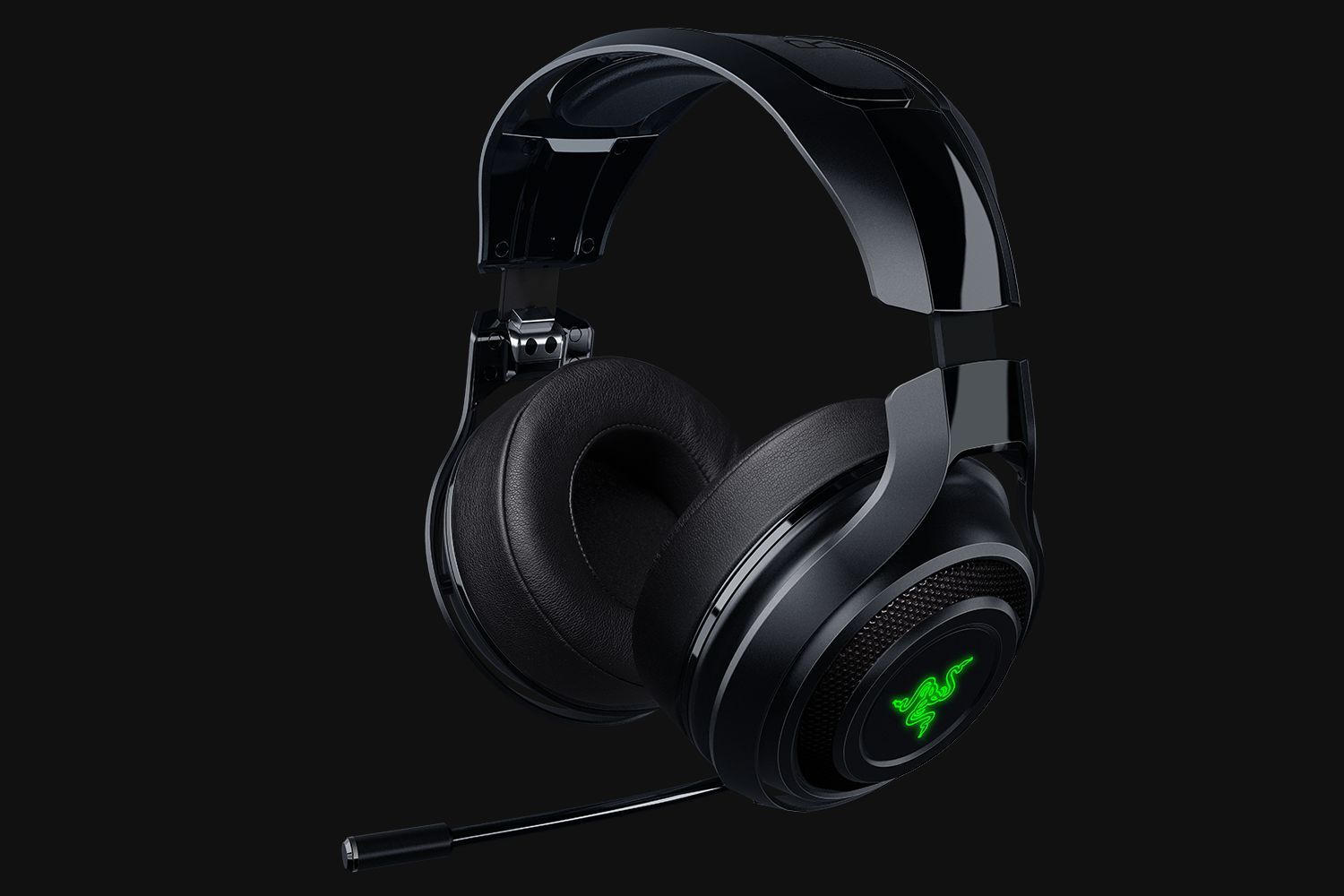