Forum List What's new Dark Style Change width
Log in Register
What's new Search
Menu
Log in
Register
Navigation
Install the app
More options
Dark Style
Close Menu
Posted on April 8, 2020 by Martin Dew
You are using an out of date browser. It may not display this or other websites correctly.
You should upgrade or use an alternative browser.

AudioControl has announced the availability of three new A/V receivers (AVRs) and two new A/V preamp/processors that have been unveiled at recent industry trade events, and have been covered on our pages. All five units share similar industrial design along with advanced technologies for home cinema.

The 16-channel Maestro X9 and Maestro X7 processors support immersive surround formats, namely Dolby Atmos, Auro 3D, DTS:X and IMAX Enhanced, and both with 16 channels of balanced and unbalanced outputs. Each model includes 7 x HDMI 2.0b inputs supporting 4K UHD and HDR playback, as well as Dirac Live room correction with bass management to overcome acoustical anomalies in any given room. Meanwhile, ESS Sabre DACs ensure detail and clarity along with “authoritative” bass response. The Maestro models support app-based control and there is an “intuitive” web-based configuration for integrators along with control drivers for common smart home platforms. 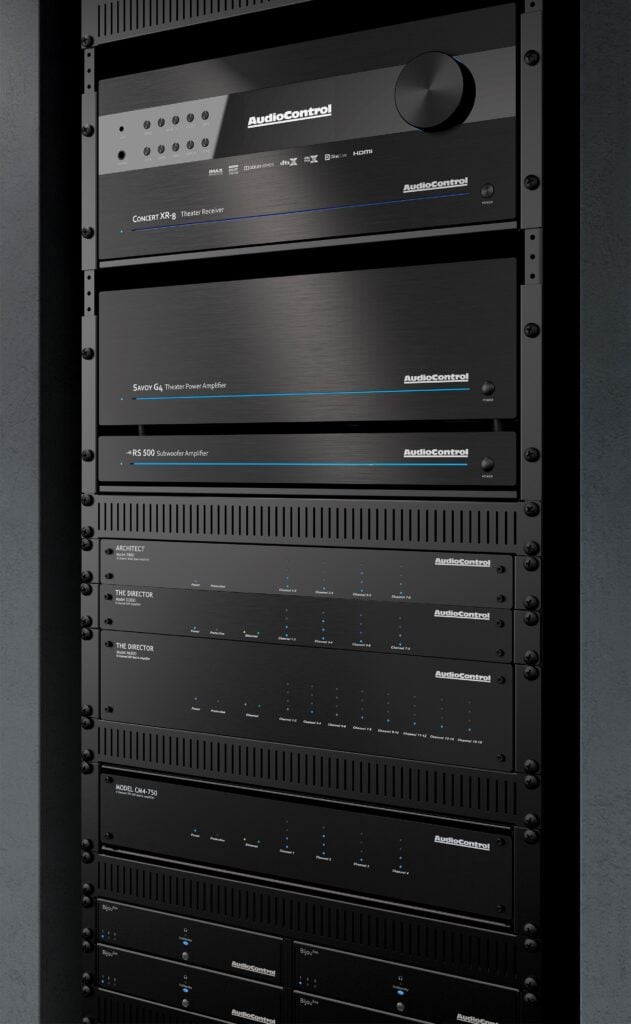 AudioControl teams up with IMAX Enhanced