An entertaining return to form for the horror film franchise 3.5 Stars

Scream queen Jamie Lee Curtis returns to her most famous role as Laurie Strode in the 10th sequel to Halloween(1978), which succeeds in its effort to create retroactive continuity ignoring the other 9 sequels.

The Halloween film sequels have never had consistent continuity among them, opting instead to branch in different directions from the original premise.  Halloween(2018) continues this trend with its “back to the basics” approach that pretends the other sequels never happened, and proceeds on the premise that psychopathic killer Michael Myers (Nick Castle) was arrested immediately following his attacks on Laurie Strode(Jamie Lee Curtis) in the 1978 film.

On the 40th anniversary of the events in 1978, Laurie Strode is awaiting her opportunity to turn the tables on her attacker.  Laurie has spent the last 40 years suffering from PTSD and building her home into a fortress in preparation for the day that the killer returns to hunt her.
The conceit of the film is that Laurie and the killer are the yin and yang of two adversaries forever destined to meet in conflict.  Myers is built up as a supernatural force here, and this film ignores the continuities of other sequels that had given him a back story with more humanity, and vulnerability, than as an ethereal manifestation of evil.
Sheriff’s deputy Frank Hawkins(Will Patton) is the police officer who arrested the killer in this continuity that flows from the original film.  Laurie has a daughter, Karen(Judy Greer), son-in-law Ray(Toby Huss), and granddaughter Allyson(Andi Matichak), all of whom are destined to come into contact with the killer.  The actor who played Michael Myers, Nick Castle, also returns in a limited role, with most of the scenes having the killer behind the mask played by James Jude Courtney.
The screenplay was written by Danny McBride(Eastbound & Down), Jeff Fradley(Vice Principals), and director David Gordon Green(Pineapple Express), all of whom have collaborated previously on comedy films and television series.  The screenwriters are all long-time fans of the original film, and it shows in the final product.  Although the film delves into levity and irony in a few moments, the story is played straight in a manner that succeeds in evoking the mood of terror in the original film.  This recreation of the best elements of the original is enhance by the return of John Carpenter’s urgent theme song, with Carpenter himself providing the new score in collaboration with his son, Cody Carpenter, and Daniel Davies.  Carpenter is also an executive producer of Halloween(2018) and acted in an advisory capacity to the new producers.  The result is a return to form for the film franchise as Halloween(2018) succeeds in delivering the mood and suspense of the first film.

Halloween(2018) appears on UHD in its original 2.39:1 aspect ratio.  Halloween in 4K provides exquisite fine detail and terrific shadow detail in a presentation that leans obviously towards dark settings in its themes of suspense and horror.  The tones and colors tend to be more muted than vibrant as an artistic choice, but the polychromatic range of hues demonstrates much of what UHD has to offer in enhanced video presentation.

English audio on the 4K disc is optionally in DTS:X or Dolby Digital 2.0.  The DTX:X English audio delivers some excellent directional audio that may have the viewer looking back over their shoulder at the slightest creak and shudder.  The real highlight of the audio is the music score by John Carpenter, which deliberately follows the action rather than telegraphing it in advance in many other horror films.  French and Spanish audio are also available in DTS Digital Surround 5.1.

This package includes a 4K UHD disc and a Blu-ray disc.  Special features on the UHD disc include all of the following:

Deleted/Extended Scenes(12:35):  Selectable individually or with a “Play All” function.
Extended Shooting Range/Deleted Suicide Thoughts(2:30)
Shower Mask Visit(1:33)
Jog to a Hanging Dog(1:10)
Allyson and Friends at School(2:19)
Cameron and Cops Don’t Mix(2:14)
Deluxe Banh Mi Cops(1:54)
Sartain and Hawkins Ride Along(0:59)
Back in Haddonfield:  Making Halloween(6:05):  Co-writers David Gordon Green, Jeff Fradley, and Danny McBride appear with stars of the film to discuss the making of the film.
The Original Scream Queen(2:32):  Jamie Lee Curtis is highlighted in this brief interview with Curtis and director David Gordon Green.
The Sound of Fear(3:19):  John Carpenter talks about returning 40 years later to create a new score with variations on his original composition of the theme music.
Journey of the Mask(2:33):   Makeup effects designer Christopher Nelson and one of the men behind the mask, James Jude Courtney, talk about the design of the original mask and how it was updated for the new film.
The Legacy of Halloween(4:33):  Star Jamie Lee Curtis, original director/writer/composer John Carpenter, director David Gordon Green, and producer Jason Blum discuss the influence and effect of the original film in a featurette promoting the release of Halloween(1978) on 4K UHD.
Also included is a paper insert with validation code for Movies Anywhere to watch the film on mobile devices.

Halloween(2018) is a return to form for the horror franchise and succeeds in its conceit that ignores the other 9 sequels.  The video and audio presentation on 4K UHD are not lacking, but the special features are minimal, other than the selection of deleted scenes.  The theatrical success of this entry all but guarantees a sequel in the near future to this 40 year old film franchise.

Nice review although your actual review seems to indicate that you liked the film more than the rating (3.5/5) you gave it.
Expand signature
It's gonna be a hell of a ride. I'm ready. .
Reactions: Timothy E

Tino said:
Nice review although your actual review seems to indicate that you liked the film more than the rating (3.5/5) you gave it.
Click to expand...

You make a very good point. I struggled with the numerical rating, which is obviously subjective. I selected the numerical rating that I did in consideration of the typical viewer. If you like horror movies with gore, you might rate this a 5 out of 5. If scary movies are not your thing, you might rate it a 1 out of 5. I like slasher movies if they are made well (most of them are not in my opinion) but I consider this one to be well made. At the same time, I predict it will not be in the running for Academy Award for best picture, so I consider that when assigning a grade. My rating for the film itself would have been higher than 3.5 if I went entirely by my own subjective scale, but probably lower than 3.5 if I were judging it on artistic merit.

Of those who have already seen the film, what grade would you assign on a scale of 1 to 5?
Reactions: Sam Posten

Timothy E said:
Of those who have already seen the film, what grade would you assign on a scale of 1 to 5?
Click to expand...

And I think you should base your score solely on your opinion. Not on what a typical viewer might think. When I’m reading your review I want your opinion.
Expand signature
It's gonna be a hell of a ride. I'm ready. .
Reactions: Brian Kidd

Unless it's in there are I completely forgot it, no alternate ending on the disc...
Expand signature
Colin Jacobson
http://www.dvdmg.com

The original ending done before reshoots is not included among the deleted scenes in this edition.

I'd give it a 4. I really enjoyed it, overall, and felt that it is the best sequel that has been produced in the franchise. I did feel like it dragged a bit from time-to-time and could have used some more tightening. I also felt like the final section of the film felt a bit too much like a "Hollywood" climax and not in keeping with the tone of the rest of the film. Now that I know it was reshot, that makes more sense to me.

I really liked the visuals, acting and such. The plot just turned me off a LOT though.

Watched this the other night...bottom line, an awful film. Bad acting, absolutely horrible and ridiculous writing, annoying characters seemingly designed to make you root for Michael Myers. Directed apparently by a guy that seemed to have no idea what a horror film is. The story seemed to have been dreamed up by a confused 5 year old.

Poor Will Patton looked like he did not want to be there the entire time and gets to deliver some truly idiotic dialogue that makes you wonder if it was meant to be funny. I had a hard time making it through this picture it was so lousy.

However, one thing did stand out...the score, apparently done by Carpenter and his son, was outstanding. If only it was in service of a better film. 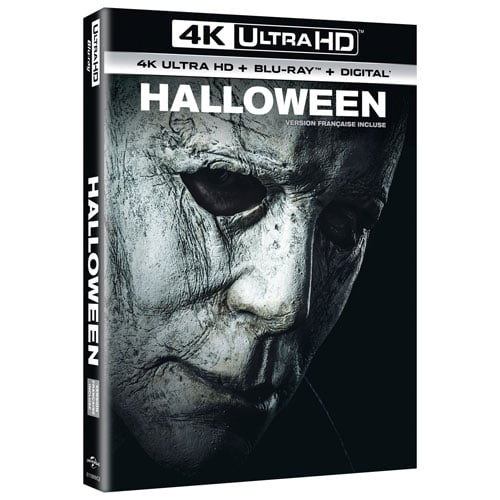