Forum List What's new Dark Style Change width
Log in Register
What's new Search
Menu
Log in
Register
Navigation
Install the app
More options
Dark Style
Close Menu
Posted on November 20, 2017 by Martin Dew
You are using an out of date browser. It may not display this or other websites correctly.
You should upgrade or use an alternative browser.

The Season 7 soundtrack, already available on CD, and as digital download, includes 24 tracks, while the limited edition picture disc will feature 10 tracks. 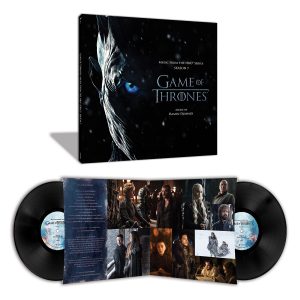 Additionally, the critically-acclaimed Game of Thrones Live Concert Experience Featuring Ramin Djawadi will be touring across European arenas in May of 2018, and a North American leg is slated for the Fall of 2018. The hugely popular original run of the show from earlier this year featured Djawadi conducting orchestra and choir in sequences from all seven seasons of the iconic HBO show, and the new 2018 tour promises new music selections from Season 7, and a custom stage design with ‘mesmerising visuals’.

The 2017 run garnered several accolades from international press outlets, with The Guardian describing the show as “Westeros brought to dazzling life”, Mashable calling it “an epic musical journey”, and The New York Times praising it as “a symphonic spectacular”.

The multiple Grammy and Emmy Award-nominated German composer, Ramin Djawadi, interestingly, whose scores for the Game of Thrones going all the way back to Season 1, is known to have the sensory condition known as synesthesia in which he might be prone to associate colors with music, or music with colors, enabling him to ‘visualize’ music.