In western movies, outlaws are usually portrayed by men, as the Old West naturally followed the exploits of these infamous lawbreakers. However, history and the movies have a very notable exception to this rule: the story of Cattle Annie and Little Britches, two young girls who tried to meet and follow in the footsteps of the outlaws they admired. Theatrically released by Universal, Kino has licensed the movie from MGM (the current rights holder) for its home video debut.

In the late 19th Century Oklahoma Territory, Annie McDoulet (Amanda Plummer) and Jennie Stevens (Diane Lane) are two young girls enamored with outlaws and the lives portrayed in the many stories Ned Buntline publishes. They get the chance to live out their fantasies when they come across the legendary Bill Doolin (Burt Lancaster), Bill Dalton (Scott Glenn) and the remnants of their demoralized gang; while trying to live up to the legends the girls have come to expect from him, Doolin ends up getting captured by Marshal Bill Tilghman (Rod Steiger) and sent to prison with the intention of meeting the hangman. That’s when Annie and Jennie decide to rescue Doolin, which will have them becoming legends themselves…

Sorely overlooked by audiences upon initial release, Cattle Annie and Little Britches is a very charming and disarming western about two little known characters in the Old West. While female gunslingers and outlaws are not uncommon in the western genre itself, the fact that our main characters here have roots in real life (along with the fact that they were teenagers) helps make this stand out from the pack. Director Lamont Johnson should also be commended for bringing the story to life with a solid blend of humor and action as well as a steady pace that keeps the tale moving along. Buoyed by solid performances from a great ensemble cast as well as an equally solid script, Cattle Annie and Little Britches is highly enjoyable and worthy of rediscovery.

In what would be her film debut and only her third film respectively, Amanda Plummer and Diane Lane give strong performances as the eponymous teenage thrillseekers who would become the legends they read so much about; they’re both scrappy and loveable – a winning combination. Even though he was much older than the real life Bill Doolin, Burt Lancaster is still able to exude genuine charm in the part; it would be his last western and had suffered a number of health problems during filming. Rod Steiger has one of his more colorfully nuanced performances as U.S. Marshal Bill Tilghman, while Scott Glenn makes for a very steely Bill Dalton. Other notable actors and parts here include John Savage as George “Bitter Creek” Newcomb, Buck Taylor as Dan “Dynamite Dick” Clifton, William Russ as “Little Bill” Raidler, Redmond Gleeson and Ken Call as fellow members of the Doolin-Dalton gang (“Red Buck” and George Waightman respectively), and Michael Conrad (better known as the cop on Hill Street Blues who says “let’s be careful out there” after every roll call) as the train’s engineer at the beginning of the film.

This release presents the movie in its original 1:85:1 aspect ratio, taken from a recent 2K master. Film grain is organic with fine details and the color palette both given a faithful representation. Issues like print damage, tears, scratches, or dirt are fairly minor, which means that this is likely the best the film will ever look on home video.

The original mono soundtrack is presented on a DTS-HD Master Audio track for this release. Dialogue and the sound mix are both strong and clear, with the music score given a faithful representation with clarity and fidelity. Problems like distortion, hissing, or popping are nary in sight, which means that the movie has been given a very strong audio presentation in its home video debut.

The True Story of Cattle Annie and Little Britches (5:06) – In this brief new interview, producer Rupert Hitzig talks about his career, memories of the movie and its release.

While it was unceremoniously thrown away during its theatrical run despite attracting a few strong notices by critics, Cattle Annie and Little Britches is still an amazingly entertaining and charming movie worthy of rediscovery. Kino helps in that rediscovery with a great HD transfer and a decent and informative – if somewhat brief – interview with the film’s producer as a special feature. Highly recommended. 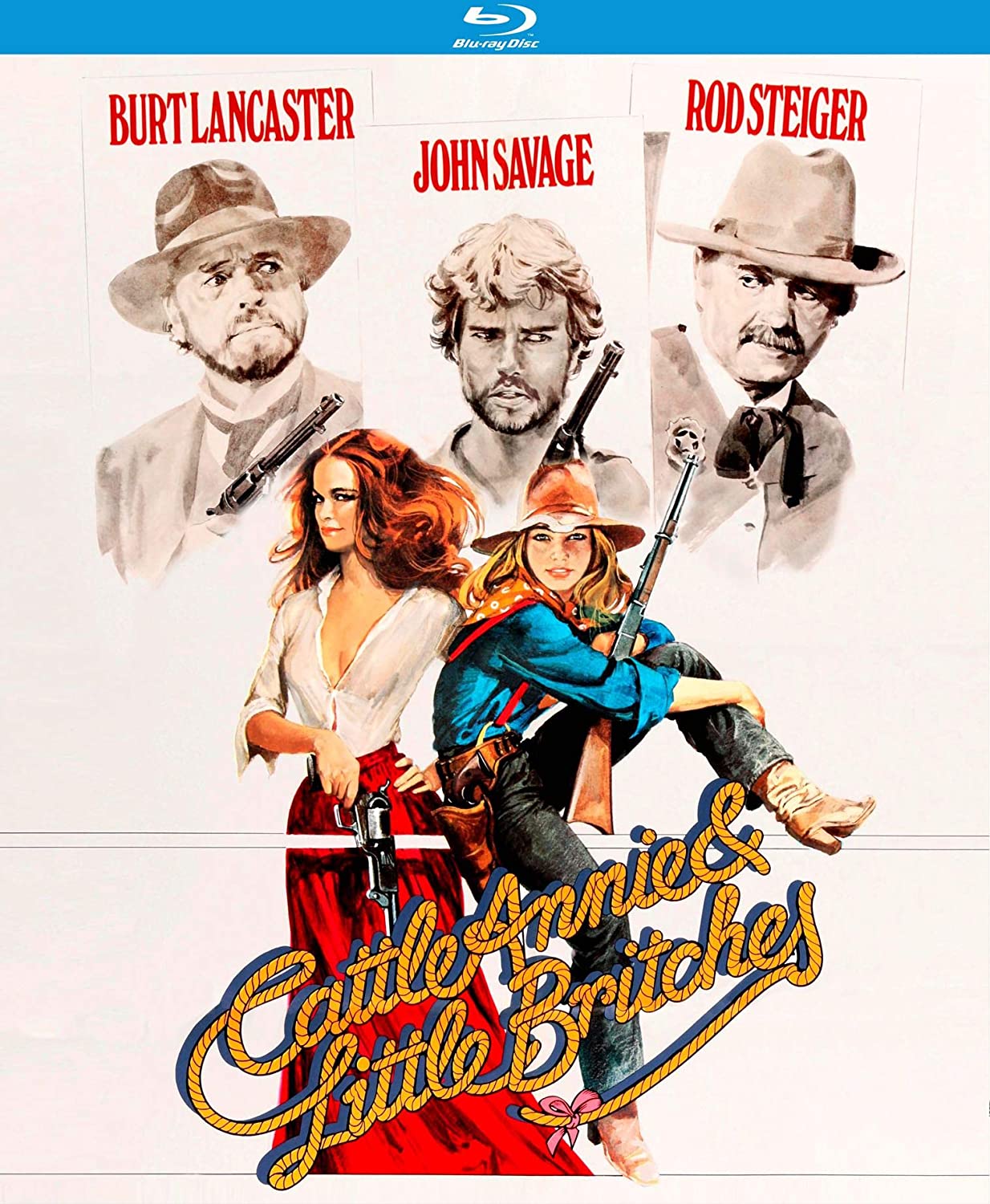