One of the most overlooked films of 2019, director Gurinder Chadha’s Blinded by the Light arrives on Blu-ray with in excellent transfer from Warner Bros.

Pakistani immigrant Javed (Viveik Kalra) lives in Luton, a depressed blue-collar town on the outskirts of London during the late 1980s. Ever since he was 10 years old, he has been journaling and writing poems and lyrics for his best friend Matt’s (Dean-Charles Chapman) band, which does not sit well with his father, Malik (Kulvinder Ghir), recently laid off from his job of almost 20 years at the local General Motors plant. The family is barely making ends meet, with his mother (Meera Ganatra) working all hours sewing dresses at home for a local shopkeeper, his older cousin Yasmeen (Tara Divina) about to get married, and his younger sister Shazia (Nikita Mahta) in boarding school. Javed has finished his work at the food packing plant for the summer, and is starting community college where his father thinks he is taking economics classes but is instead taking a creative writing class taught by Ms. Clay (Hayley Atwell) who shows an interest in Javed’s writing, as does classmate Eliza (Nell Williams). When Javed bumps into Roops (Aaron Phagura) in the hallway at school, the two strike up a friendship where Roops lends Javed two Bruce Springsteen albums on cassette. Javed is immediately hooked, with the lyrics seemingly speaking directly to him and to his situation, lifting his spirits and inspiring him to write and take more control of his life, much to the chagrin of his traditional father.

And this is where the movie really begins to take off. If you have ever found a piece of music that spoke directly to you, then you know how Javed feels when he finally discovers the lyrics of The Boss. Director Gurinder Chadha (Bend It Like Beckham) uses projected or animated on-screen lyrics that often swirl around Javed to emphasize the words being sung during these key moments in the film. Viveik Kalra is superb as the at-first shy and reserved Javed, you can see the pain in his body as he encounters neo-Nazis spray painting graffiti in his neighborhood or is told by his father that writing is a hobby he does not have time for. The movie is a celebration of the music of Bruce Springsteen, and even the amateurish musical numbers add to the spirit of the film.

Blinded by the Light was shot digitally on the Arri Alexa Mini at 2.8k resolution, presumably completed as a 2K digital intermediate. Warner’s AVC-encoded 1080p transfer on this disc retains the film’s theatrical aspect ratio of 2.39:1. Colors are vivid and not overly saturated. Detail is excellent, from the minute ridges in the lunch trays and brick textures to the fabrics of the period and ethnic wardrobe. Black levels are nice and deep, with no noticeable crushing and excellent shadow detail. 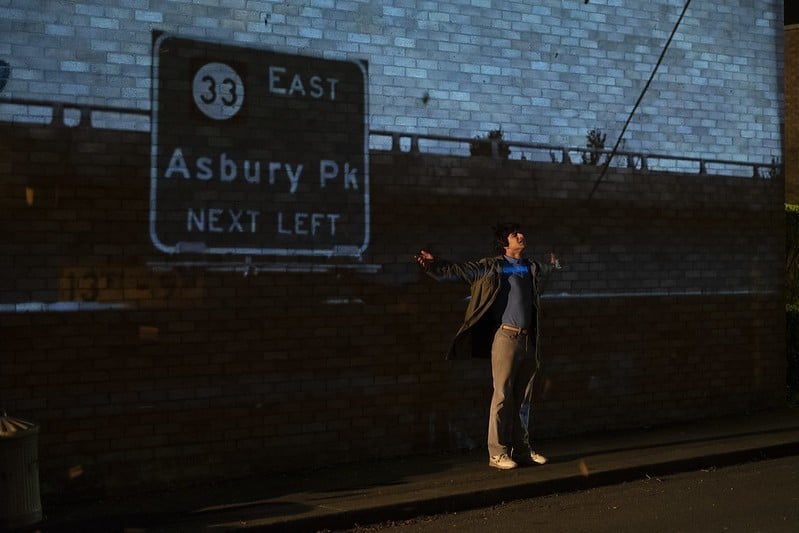 Warner’s Blu-ray release of Blinded by the Light contains a default Dolby Atmos track that, while not exactly demo material, presents the film with nice wide soundstage. Heights and surrounds are used mostly to extend the 1980’s themed pop music soundtrack and atmospherics, with added LFE support for a nice low-end. Dialogue is clear and understandable throughout.

Memoir to Movie (1080p; 6:10): A look at adapting the source material, Greetings from Bury Park – Race. Religion. Rock ‘N’ Roll by Sarfraz Manzoor (who also co-wrote the screenplay), for the big screen and shooting on-location in Luton.

The Most Crazy Thing (1080p; 6:55): Author Sarfraz Manzoor discusses writing his memoir, his fandom of Bruce Springsteen, and Springsteen’s approval of the finished products. 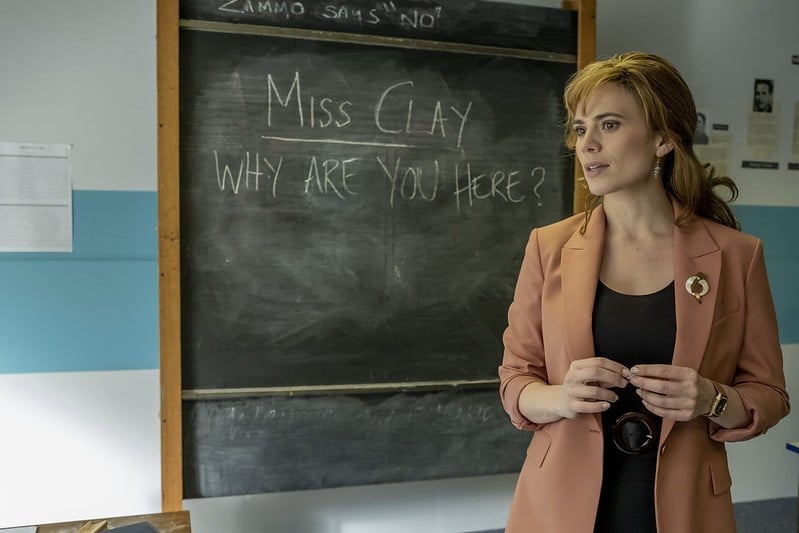 Blinded by the Light is a feel-good movie that feels both familiar and fresh at the same time. What few extras that are included are of high quality and add to a deeper understanding of the film. Highly recommended. 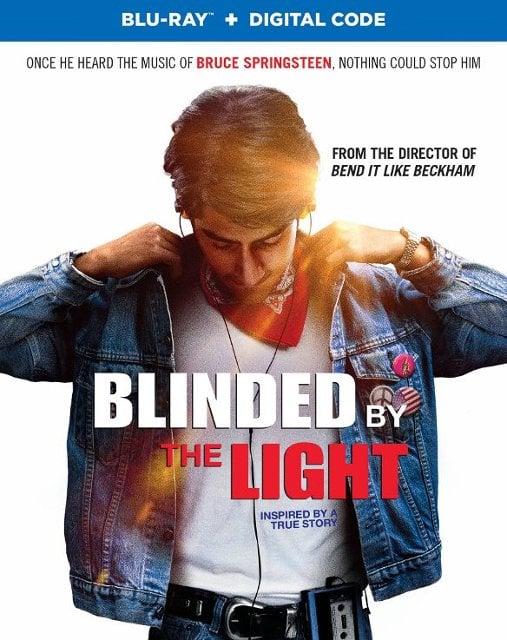