Forum List What's new Dark Style Change width
Log in Register
What's new Search
Menu
Log in
Register
Navigation
Install the app
More options
Dark Style
Close Menu
Posted on December 7, 2021 by Todd Erwin
You are using an out of date browser. It may not display this or other websites correctly.
You should upgrade or use an alternative browser. 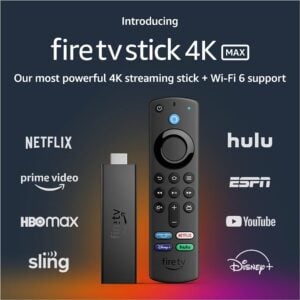 Amazon made some rather big promises for their new device, including Wi-Fi 6 capability; HDR10, HDR10+, HLG, and Dolby Vision high dynamic range support; Dolby Atmos support; a faster processor; and last but not least a new voice remote with four quick-launch app buttons for Prime Video, Netflix, Disney+, and Hulu. Installation was simple enough, as I easily swapped out this new device with my existing Fire Stick 4K. Updates, though, seemed to take forever to load (close to 10 minutes from initial power up), and I’m on a relatively fast internet connection (400 Mbps down, max). Then came the cumbersome activation of the device, which required that I log in to my Amazon account on a PC, navigate to the device activation page, and enter a six-digit code (which begs the question of why, when ordering directly from Amazon, is the customer prompted to link the new device to their account to “simplify setup”). I was then guided through setting up the remote to control my TV, and then a barrage of prompts to add Amazon Kids+ for an extra $2.99 per month with a 1-month free trial, and then to select my streaming services (despite asking if I wanted to restore those apps from my previous device a few steps back). 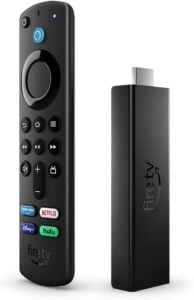 Next, I headed over to Settings/Equipment Control/Equipment Control to change from the default setting of Automatic to Manual, then backed out to Manage Equipment, clicked on Add Equipment to add my receiver. Why, you may ask? Well, Amazon’s Fire Stick remotes use Bluetooth to send signals to their devices, and my Logitech Harmony Touch remote does not support Bluetooth. There are a few other settings that need to be adjusted. First, HDMI CEC Control needs to be turned OFF (Settings/Display & Sounds/HDMI CEC Device Control). Second, and this is becoming more and more prevalent on devices these days, but the default on nearly every 4K/HDR-capable device from Roku, Apple, Tivo, and Amazon automatically enables HDR to always be “on,” a setting I feel is not necessary, but must be turned off manually. On Fire TV devices, the navigation is Settings/Display & Sounds/Display/Dynamic Range Settings, and this should be set to Adaptive if your display supports any type of HDR. Third, you may want to change Color Depth from the default 8-bit to what your display supports, like 10-bit. Lastly, you may also want to turn on Match Original Frame Rate (although, as you read below, this seems to have no effect on some apps). Otherwise, your new Fire Stick will upscale all of your streaming content to include HDR. All other default settings can be left the way they are for the time being. 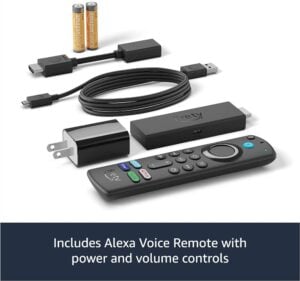 Frame Interpolation? On a Streaming Device?
One of the first things I noticed after I activated many of the apps I use regularly is that the Fire TV Stick 4K Max appears to be doing some sort of frame interpolation on nearly all video sources, regardless if Match Original Frame Rate was enabled or not. The previous Fire Stick 4K did not have this issue. After chatting and speaking with multiple agents with Amazon’s Fire TV support for over two hours, apparently this is a new feature on this device, with no way for a customer to disable it. Apparently, Amazon Fire device developers never saw the famous Tom Cruise and Christopher McQuarrie video on frame interpolation and why it is bad for filmed (or 24 frame) content. This is a major negative in my book, something that should only be available as an option, not a forced default.

I’m taking a quick break from filming to tell you the best way to watch Mission: Impossible Fallout (or any movie you love) at home. pic.twitter.com/oW2eTm1IUA

The negatives, as few as they are (mandatory frame interpolation, Vudu in HDX), far outweigh the positives with Amazon’s latest streaming device, and the developers apparently need to go back to the drawing board. If you really must have a Fire TV streaming device, my advice would be to save a few dollars and purchase the older Fire TV Stick 4K to avoid frame interpolation. Otherwise, Roku’s Streaming Stick 4K is a better option at this price point, which does support Dolby Vision and Dolby Atmos playback on Netflix, Disney+, HBO Max, Apple TV, etc. 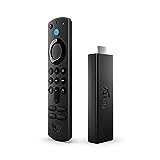 36% Off $54.99 $34.99 (as of February 7, 2023 12:09 GMT -08:00 – More infoProduct prices and availability are accurate as of the date/time indicated and are subject to change. Any price and availability information displayed on [relevant Amazon Site(s), as applicable] at the time of purchase will apply to the purchase of this product.)