This one is simple.

The first four Jurassic Park productions (1993 – 2015), are included in Universal’s new 4k boxed set, and the difference between the last Blu-ray releases, and the new 4k is astounding.

Probably best described as a veil having been lifted.

While the Blu-rays are all quality affairs, the new image harvests, presumably from the original camera negs, are so perfect in every detail, that comparisons really don’t come into play.

My only advice is to grab a set, as there is zero chance of not seeing the upgrade on anything newer than a 1953 black & white Dumont.

Likewise, the tracks have been upgraded from DTS-HD MA 7.1 to DTS-X.

Universal has given us a world-class release, of the finest quality imaginable. 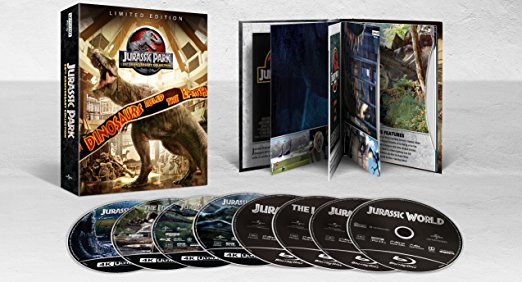