A pre-World War II domestic melodrama with fathers and sons and a mother caught in the middle of their views toward the upcoming war, Irving Pichel’s Tomorrow Is Forever offers appealing leading performances and views of a couple of future stars in some of their earliest film work.

A pre-World War II domestic melodrama with fathers and sons and a woman caught in the middle of their views toward the upcoming war, Irving Pichel’s Tomorrow Is Forever offers appealing leading performances and views of a couple of future stars in some of their earliest film work. Thought of as a “woman’s picture” at the time of its release, the movie can certainly be enjoyed by all despite occasional over-emotional flourishes.

In 1918, Elizabeth MacDonald (Claudette Colbert) learns with shock that her husband John Andrew MacDonald (Orson Welles) has been killed in the war. Elizabeth bears John’s son and eventually marries her kind and infatuated boss Lawrence Hamilton (George Brent). Unknown to her, John has actually survived in a German prison camp but is horribly disfigured and remains in Europe where a masterful surgeon (John Wengraf) repairs his face. Twenty years later on the eve of World War II in Europe, Elizabeth refuses to agree to her son Drew’s (Richard Long) request to enlist in Canada’s RAF and is stunned when an eerily familiar stranger named Erik Kessler (also Welles) arrives from abroad with a young daughter Margaret (Natalie Wood) in tow and begins working at her husband’s chemical plant and becomes increasingly involved in her family life.

Based on the story by Gwen Bristow, Lenore Coffee’s screenplay is a reworking of the familiar Enoch Arden tale, a man with a changed face returns home after decades where no one recognizes him but he remembers all about his past. To its credit, the script, acting, music score, and direction only occasionally dip into deeply melodramatic territory (Kessler’s climactic death grippe after walking through a torrential rainstorm is the worst offender); otherwise, it’s a fascinating and often moving scenario as long lost father meets his remarried spouse and the son he never knew he had and get acquainted all over again. The “father”-son talks about the war’s motivations and the subsequent reactions can’t help but be tremendously emotional even though the scenes are played with admirable restraint, and Elizabeth’s slow realization of Kessler’s true identity hold the viewer’s attention throughout. Director Irving Pichel offers some loving and ingratiating family moments: a game of horseshoes, a family dinner, civilized talks between adults, and respectful children who can josh with their parents but never overstep their bounds: all a marvelous look at a domestic utopia long since passed. We are also allowed to see both sides of the war question: the mother who doesn’t want to risk losing her son the same way she lost her first husband, and the son’s eagerness to do his part for a cause in which he firmly believes.

Claudette Colbert was on familiar turf having played a couple of years before a similar woman with a husband off to war in Since You Went Away. She offers here a nicely balanced portrayal of love, devotion, and desperation as she struggles to let her son become a man and wrestles with the haunting feelings about this stranger in their midst. Orson Welles has the showiest role as MacDonald/Kessler, the former only a couple of scenes pre-World War I and the latter sporting a limp, crippled hand, heavy beard, and an Austrian accent. He’s the soul of reason throughout, however, and emerges as the film’s most admirable character. George Brent is his usually reliable, underplayed self as Hamilton, and Lucile Watson as his sister is always a lovely addition to any film. Richard Long makes an auspicious debut as Drew on the edge of manhood, and the tiny, adorable Natalie Wood matches his appeal as the Austrian orphan daughter of his doctor taken up by Kessler.

The film is framed at its original theatrical ratio of 1.37:1 and is presented in 1080p using the AVC codec. This is another very film-like presentation by Classic Flix with velvety grain and wonderfully rich grayscale that offers deep black levels and sparkling whites. Sharpness is good enough to see the makeup pencil marks into Welles’ forehead to emphasize his wrinkles though naturally there is somewhat softer glamour photography for Claudette Colbert’s close-ups. Dirt and damage is virtually absent from view. The movie has been divided into 23 chapters.

The DTS-HD Master Audio 2.0 mono sound mix offers a solid though not quite pristine audio presentation. While dialogue, Max Steiner’s lush, moving background score, and atmospheric effects have been combined artfully into the single track, there remains some sporadic evidence of the film’s age. There’s an occasional pop or two and a few moments where attenuated noise and flutter can be heard under the on-screen activity. Most of the track, however, is free from age-related problems.

Audio Commentary: film score restorationist Ray Faiola offers an informative and well balanced discussion of the movie from the production end. He gives us background on the director, producer, and all of the leading and supporting players, some critical comments upon the film’s release, information on its box-office success, and excerpts from the Lux Radio Theatre presentation of the drama.

A solid period drama of its era, Irving Pichel’s Tomorrow Is Forever remains an emotionally satisfying and finely crafted movie melodrama. This Classic Flix presentation offers a beautiful image with above average audio along with some delectable bonus material that fans of the movie, its stars, and other participants will be sure to enjoy. Recommended! 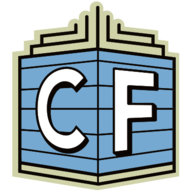 Thanks for the nice review Matt.

We had to test scan 5 different sources until we found one good enough to work with. We put a lot of time into this restoration (including the audio) and we hope fans of this film, as well as fans of the players (and Steiner), will like the presentation as much as we do.

Here's a trailer we cut for it too: 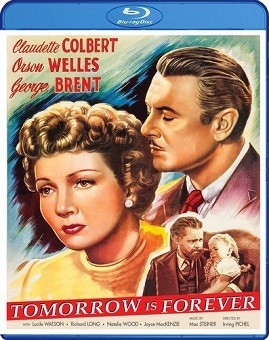