Jason Statham takes on a giant prehistoric shark (aka megalodon) in The Meg, a fun, sometimes over the top action adventure film.

When an underwater research station awakens a massive megalodon (prehistoric shark), retired rescue expert Jonas Taylor (Jason Statham) is called in to save a team of scientists trapped in a submersible. Not only have they awakened The Meg, but the giant man-eater begins to attack the station and eventually a nearby resort.

To call The Meg a knock-off of Steven Spielberg’s classic Jaws would be correct, but it definitely is not a cheap rip-off like The Last Shark (aka Great White) or Up From the Depths. This is a much more loving tribute, along the lines of Deep Blue Sea or Piranha, with some appreciable nods to the original. Statham was a good choice as the reluctant hero of the piece (apparently he may have encountered this beast previously, as seen in the prologue), and the cast includes Rainn Wilson as the wealthy investor of the research facility, Winston Chao as the head of the facility, Bingbing Li as his daughter Suyin who is a researcher, and Cliff Curtis, Ruby Rose, Page Kennedy, Robert Taylor, and Masi Oka as fellow researchers and/or technicians at the facility. Director Jon Turteltaub (National Treasure, While You Were Sleeping) and screenwriters Dean Georgaris and Jon & Erich Hoeber never take the material (based on Steve Alten’s novel) too seriously, which helps with the movie’s campy tone that, thankfully, never quite reaches the insanity of the Sharknado movies.

Watching The Meg on 4K UHD Blu-ray, it is hard to believe the film was completed as a 2K digital intermediate. Warner’s HEVC-encoded 2160p transfer presents the film in its original theatrical aspect ratio of 2.40:1 with both HDR10 and Dolby Vision high dynamic range. Viewing on an HDR10-capable display, this could easily be a poster-child for UHD and HDR. Colors are vivid, with more dramatic and noticeable shading than its 1080p Blu-ray counterpart, prominently on display in the varying blue-green waters of Sanya Bay during the film’s finale. Contrast is also vastly improved, with a much brighter picture overall than the Blu-ray, but also deeper blacks as there is a lot more visible detail in the murky depths of the ocean. Fine detail is exquisite, allowing the viewer to see practically each piece of beard stubble poking out of Jason Statham’s face and even the most miniscule of water particles and particles in the water

This is yet another Warner disc that defaults to a redundant DTS-HD Master Audio 5.1 rather than the superior Dolby Atmos track (which is Dolby TrueHD 7.1 compatible). The Atmos track (which you have to select from the main menu) is both expansive and immersive, with overheads implored for shark swim-overs, water flowing, explosions, etc. Bass response is excellent and never gets to the point of overwhelming dialogue, music, and effects.

All of the extras can be found on the included Blu-ray copy of the movie.

Creating the Beast (1080p; 10:25): A look at the visual effects used in the film, focusing on the creation of the megalodon.

The Meg is a fun summer popcorn movie that looks and sounds great on 4K UHD Blu-ray, although the special features are a bit thin.

Hmmm...sounds good. I have the 3D package from Amazon which was just the 3D disc and a digital code. I was thinking about returning it and buying elsewhere to get the package with the 3D+2D+Digital. But maybe I'll just keep the 3D I have and pick up this 4K package at some point. Then I'll have the 4K/3D/Blu/Digital full meal deal.
Expand signature
The purpose of an education is to replace an empty mind with an open mind.

I’ve noticed my digital copy which is in my library on the Apple TV, has Atmos, but doesn’t appear to be 4K. This is not a great, perhaps not even a good movie. But I’ve always enjoyed the 3D. Is the Atmos good enough to justify a 2D watch?
Expand signature
Johnny
www.teamfurr.org
But a family cat is not replaceable like a wornout coat or a set of tires. Each new kitten becomes its own cat, and none is repeated. I am four cats old, measuring out my life in friends that have succeeded but not replaced one another.--Irving Townsend

The 3D is awesome. Opens up the movie watching experience.
Expand signature
...retired at last...and Ray Harryhausen at my side!!!

John Sparks said:
The 3D is awesome. Opens up the movie watching experience.
Click to expand...

Yeah, I do know that. Was wondering if Atmos is worth a 2D watch?
Expand signature
Johnny
www.teamfurr.org
But a family cat is not replaceable like a wornout coat or a set of tires. Each new kitten becomes its own cat, and none is repeated. I am four cats old, measuring out my life in friends that have succeeded but not replaced one another.--Irving Townsend

I tried watching my digital copy and Atmos could not make up for the loss of the 3D. This movie needs all the help it can get. After 10-15 minutes I had to pop in my 3D disc and finish it there.
Expand signature
Johnny
www.teamfurr.org
But a family cat is not replaceable like a wornout coat or a set of tires. Each new kitten becomes its own cat, and none is repeated. I am four cats old, measuring out my life in friends that have succeeded but not replaced one another.--Irving Townsend
You must log in or register to reply here.
Share:
Facebook Twitter Reddit Pinterest Tumblr WhatsApp Email Link 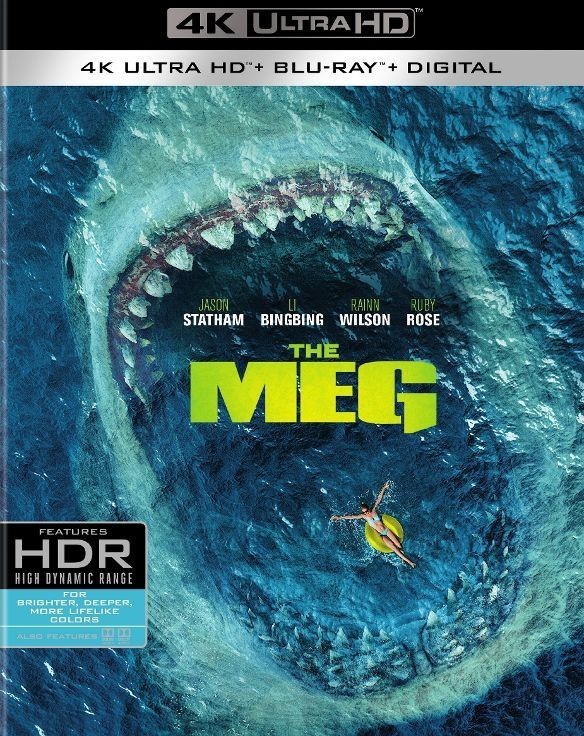