Forum List What's new Dark Style Change width
Log in Register
What's new Search
Menu
Log in
Register
Navigation
Install the app
More options
Dark Style
Close Menu
Posted on May 2, 2021 by Sam Posten
You are using an out of date browser. It may not display this or other websites correctly.
You should upgrade or use an alternative browser.
Spaceballs the FLAMETHROWER!!! The kids love this one. 4 Stars

A very, very, very, very long time ago the planet Spaceball had exhausted all their oxygen and hatched an evil plan to suck all of planet Druidia’s up. Leading this nefarious operation is Colonel Sandurz (George Wyner) and his henchman Dark Helmet (Rick Moranis) under the orders of President Skroob (Mel Brooks). But before they and their crew of Assholes can vacuum up all of Druidia’s oxygen, Helmet must confront cosmic drifter Lonestarr (Bill Pullman) and his trusty Mog (half man, half dog) sidekick Barf (John Candy). Lonestarr has rescued Druish princess Vespa (Daphne Zuniga) and has grown strong in the Shwartz under the tutelage of Yogurt (also Brooks). 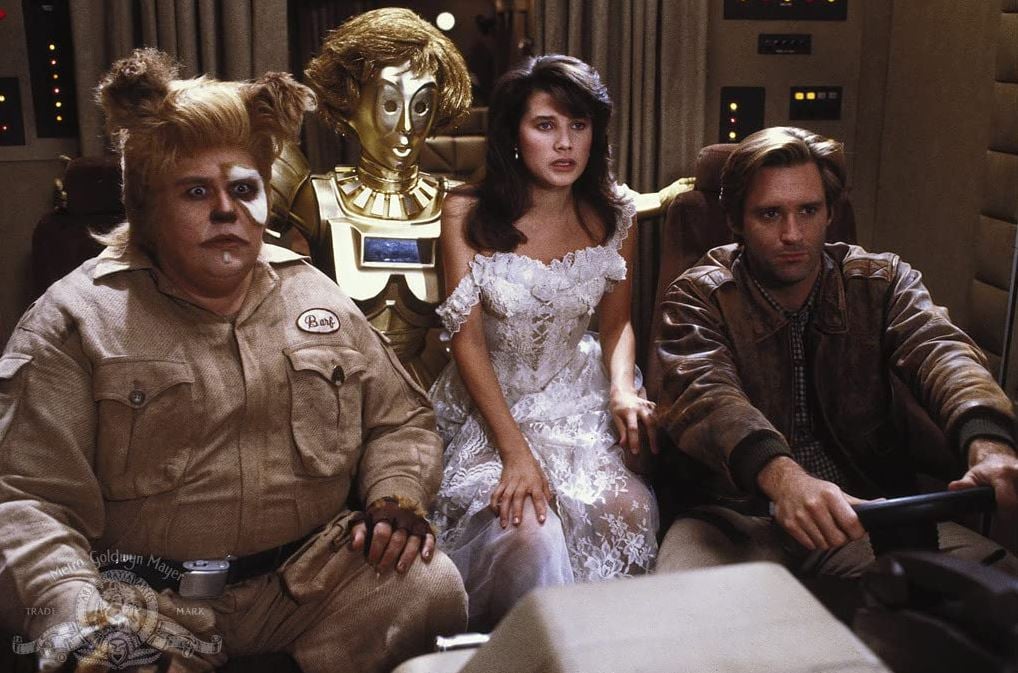 Brooks made a career of parodying Hollywood genres, and Spaceballs is his epic takedown of Star Wars, Star Trek, Alien, Planet of the Apes, Flash Gordon and more. Brooks relies on his Jewish sensibilities as always, sprinkling in Yiddish references throughout. What’s significant about Spaceballs was that it wasn’t just parody for parody’s sake, it had a strong story, told with heart, paralleling such greats as Star Wars itself and retold in films like Princess Bride. The supporting cast and cameos are as hysterical as the main cast, including Joan Rivers as Dot Matrix, Michael Winslow as a terminal operator having trouble with sweeps and bleeps, Jm J Bullock as Prince Valium who can barely stay awake, and bald Dick Van Patten with so much hair as King Roland as to be almost unrecognizable.

The thing about Spaceballs is -it WORKS-. It worked great in 87, and it works great today. It works because Brooks loved the films he parodied, loved their quirks, knew his audience, and made them with gusto. He hired George Lucas’s own company ILM to do the effects for Spaceballs and they were done with the quality that went into Star Wars. Spaceballs is the complete package, with triumphant main theme, heroes you can root for and villains you can laugh at and with, fun effects, and an explosive denouement. 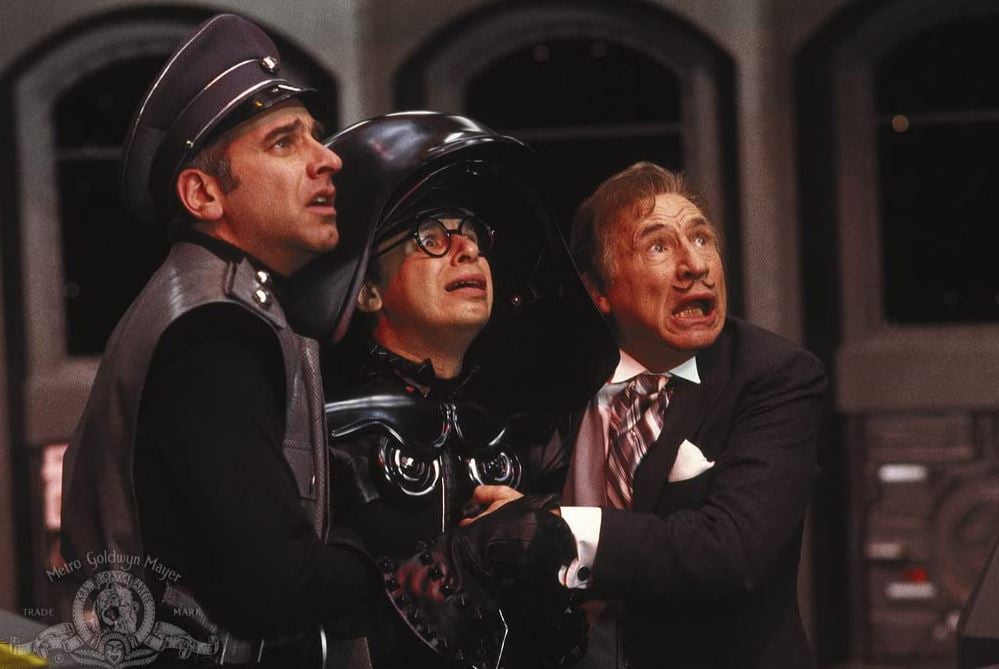 Downrezzed from a new 4k scan. We asked for the 4k to review but they sent the blu. Oh well, still looks great, cleaned up and limited grain. Obviously no HDR here. This is the ONLY reason to upgrade this disk tho so you might as well spring for the 4K if you have the 2012 version and love this film as much as I do. I’m gonna have to shell out for it myself. 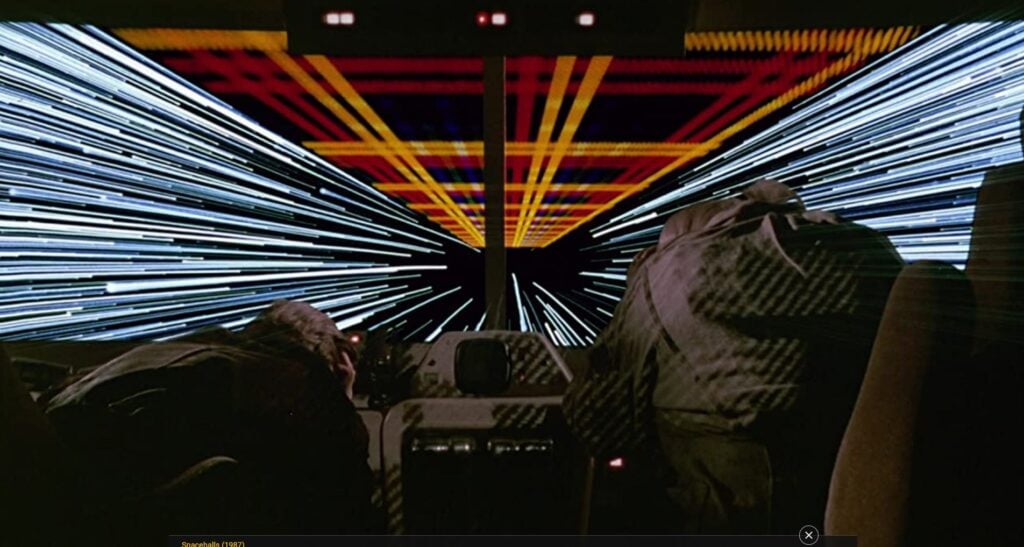 Taken from the 2012 Bluray with minor tweaking to fix some sound issues. Very clean, limited bass EXCEPT for the final kabooooom =) 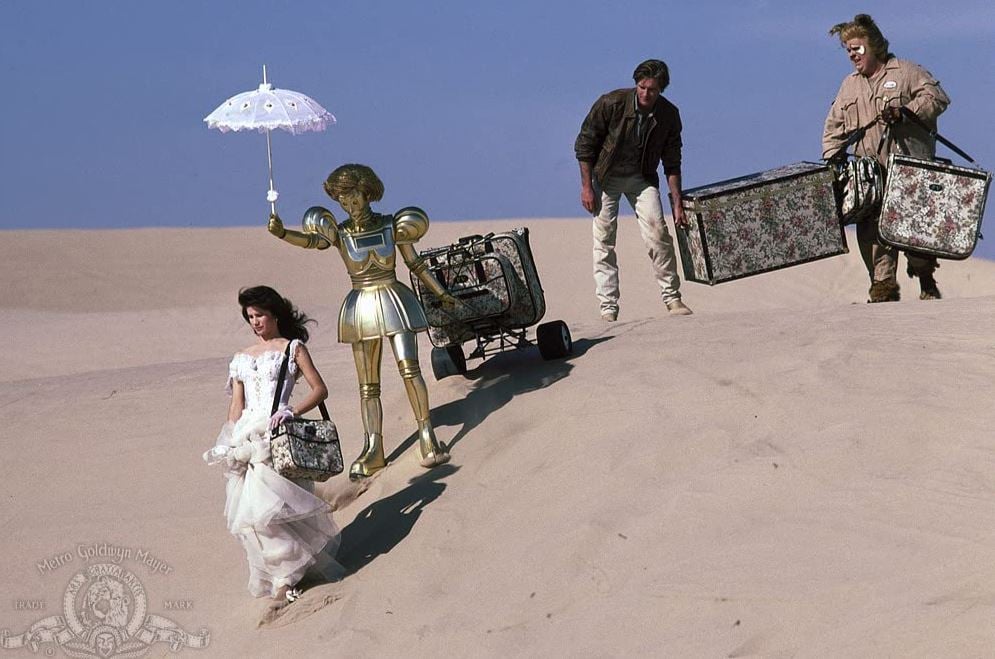 ALL from previous releases 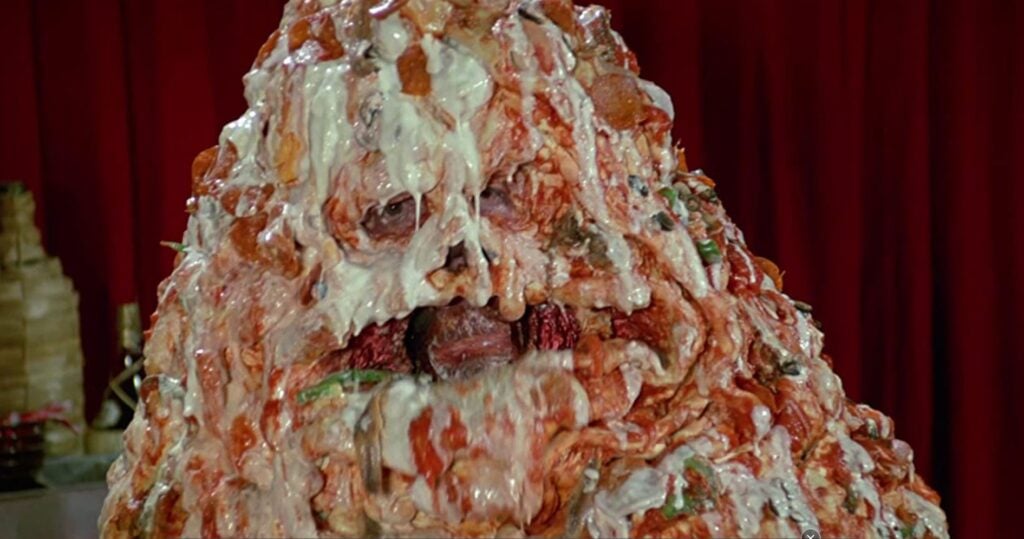 The only thing I can add here is that while it’s great that Spaceballs got a great new transfer for this release, the big papa 4K release is what most of us are going to want. with recycled extras and barely upgraded sound it’s hard to recommend as an upgrade proposition. But if you haven’t made the move to 4K yet and you don’t already have the 2012 Blu, this edition is a well rounded disk that is worthy of your time. May the Schwartz be with you! 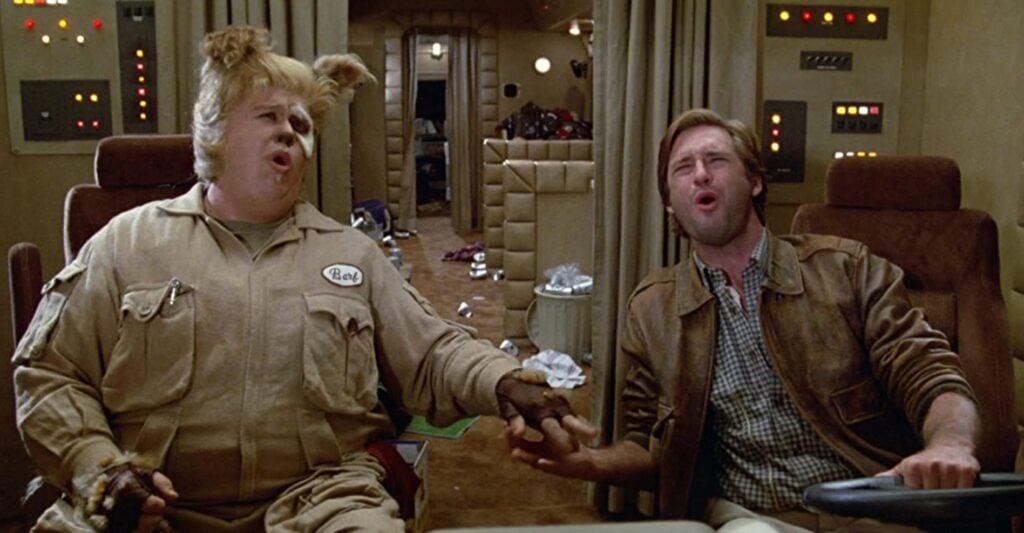 (as of May 8, 2021 – More infoProduct prices and availability are accurate as of the date/time indicated and are subject to change. Any price and availability information displayed on [relevant Amazon Site(s), as applicable] at the time of purchase will apply to the purchase of this product.)

The forum is cutting off the majority of my review, not sure why. Have paged @Adam Gregorich and crew to look into it.

Sam Posten said:
The forum is cutting off the majority of my review, not sure why.
Click to expand...

Sam Posten said:
The forum is cutting off the majority of my review, not sure why.
Click to expand...

Was the review accidentally set on "Ludicrous Speed"?

t1g3r5fan said:
Was the review accidentally set on "Ludicrous Speed"?
Click to expand...

"The Search For More Money!"

Sam Posten said:
The forum is cutting off the majority of my review, not sure why. Have paged @Adam Gregorich and crew to look into it.
Click to expand...

I think I was able to fix it for you, Sam.

"May the schwartz be with you!"

I wanted to put it in the tag line but held off, one of my favorite quips from any movie ever: “we ain’t found shit!”

Turns out it was entirely my fault. Sometimes when you think you are surrounded by Assholes it’s just you
You must log in or register to reply here.