The cutthroat world of political lobbying comes into disturbingly clear and incisive focus in John Madden’s Miss Sloane. With a hard-working cast (ironically, many of them British) headed by a galvanizing central performance in the title role, Miss Sloane is less political (though it’s certainly that) than it is revelatory about the movers and shakers in Washington zeroing in on how deals are made, minds are changed, and pressure is applied to get certain desired results.

Elizabeth Sloane (Jessica Chastain) decides to bolt from her current lobbying firm when she’s asked to spearhead a campaign to oppose a bill that imposes regulations on firearms, switching to a smaller boutique firm headed by Rodolfo Schmidt (Mark Strong) that will take on major Second Amendment mavens who will fight tooth and nail to maintain the status quo despite increased gun violence. Sloane is a ruthless workaholic driving herself and her team to near exhaustion and someone willing to do anything to win. When her old firm headed by George Dupont (Sam Waterston) becomes very alarmed when Sloane’s tactics put her within four votes of achieving the impossible, they realize they must generate something major to take the focus off the issue and drag Sloane down in the process.

Jonathan Perera’s script is a veritable verbal volley of issues and stances that may make one reel in shock over its intellectual firepower, but one adjusts reasonably quickly to the screenplay’s rapid-fire pacing and its heroine’s take-no-prisoners approach to the task at hand even with the flashback nature of the story as Sloane undergoes a searing congressional hearing into her activities in the present while we relive the previous three months of lobbying activity in the flashbacks. Moreover, he’s loaded the narrative with multiple twists and turns, some fairly predictable (the hustler Elizabeth uses for sexual release played by Jake Lacy is undoubtedly going to figure into the story at a climactic moment; so is the information that Sloane’s assistant played by Gugu Mbatha-Raw who is a survivor of a random school shooting going to be used at some point as ammunition by the ruthless Sloane) and others more surprising and unexpected (no spoilers here). The story doesn’t paint a very pretty picture of Washington political dealings behind closed doors, not that this is much of a surprise any more with political scandals rather the expected soup du jour in the daily news, but it still leaves a rather sour taste in one’s mouth. John Madden’s direction keeps the talky picture moving constantly (at over two hours, one might think the movie is dilly-dallying, but nothing could be farther from the truth) with a fine mix of telling close-ups especially as the various advocates get in each other’s faces as the fight goes down to the wire.

Earning a Golden Globe nomination but missing out on one of the coveted five Oscar lead actress slots, Jessica Chastain is a whirling dervish of drive and determination as the title character, a fire-the-torpedoes/full-speed-ahead kind of career woman for whom relaxation and sleep are not words in her vocabulary. It’s a formidable performance though luckily she’s surrounded by talented actors who aren’t ground to dust in her wake. Mark Strong is solid as her idealist boss who’s constantly taken aback by Sloane’s unrelenting push toward winning at any cost. Gugu Mbatha-Raw’s Esme Manucharian is a softer, kinder version of Sloane who’s just as committed to her job but finds ways to not let it consume her. As adversaries, Sam Waterston as her former boss and Michael Stuhlbarg as her replacement at her old firm are tough and driven but not quite in Sloane’s league no matter how much in front of her they think they are. Jake Lacy’s several encounters with Sloane as a paid sexual companion reveal a muscular build but not much in the way of savvy until his climactic appearance at the hearing. Alison Pill as a former protégé who chooses to remain behind at the old firm gets some nice digs in at her former mentor. As the senator grilling the indicted Sloane before a congressional hearing, John Lithgow does his usual superb work. Dylan Baker and Christine Baranski also pop up in entertaining cameos in the movie.

The film’s 2.35:1 theatrical aspect ratio is faithfully rendered in this 1080p transfer using the AVC codec. Reference quality throughout, sharpness is superb with lots of detail to be seen in facial features, hair textures, and clothes. Color is rendered with surety right down to the titian hair of the title character and the blazing red slash of lipstick which gives her such a fierce appearance. Flesh tones are realistic and appealing throughout. Black levels are likewise excellent. The film has been divided into 24 chapters.

The DTS-HD Master Audio 5.1 sound mix offers a nicely enveloping aural experience with the great gobs of dialogue relegated to the center channel and the driving Max Richter score and atmospheric effects given a very impressive spread through the front and rear soundstage.

Intelligently compiled with several surprising twists (though some might call it overly slick or manipulative) and magnificently acted, Miss Sloane not only touches on a hot button issue involving gun control but manages to show the jockeying that goes on behind the scenes to win Congress over to one side or the other in an up-close-and-personal way that really commands the attention.

I loved this film, my BD arrived today so I'll be watching this film again in the next couple of days.

Thank you for the excellent review Matt.
I watched Miss Sloane this evening and thought it was an outstanding film.
Great performances utilising a very intelligent script.
I definitely recommend Miss Sloane for those wanting a thoughtful piece of cinema.
Reactions: Robert Crawford and Matt Hough 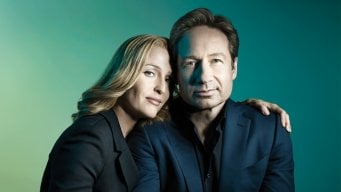 This was really an underrated film that got next to no press at its release. Great cast, solid script. Wish this were better known than it is! 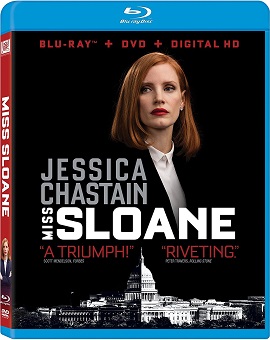