Forum List What's new Dark Style Change width
Log in Register
What's new Search
Menu
Log in
Register
Navigation
Install the app
More options
Dark Style
Close Menu
Posted on March 14, 2021 by t1g3r5fan
You are using an out of date browser. It may not display this or other websites correctly.
You should upgrade or use an alternative browser.
Classic tearjerker gets a new Blu-ray release 4.5 Stars

In the mid 1960’s, Paramount Pictures was facing an uncertain future when industrialist Charles Bluhdorn (of Gulf + Western) bought the studio and hired former actor turned producer Robert Evans as part of the new management; a couple of years after that, Evans rose to the head of production and the studio soon began to reap the benefits of that harvest with the commercial and critical successes of films like Rosemary’s Baby (1968), Romeo and Juliet (also 1968) and True Grit (1969). The studio’s restored reputation for commercial success would rise even higher with Love Story, a straightforward little tearjerker. While it was previously released on both DVD and Blu-ray, Paramount has revisited the film for its Paramount Presents line in honor of its 50th anniversary.

“What can you say about a 25 year old girl who died? That she was beautiful and brilliant? That she loved Mozart and Bach, the Beatles, and me?” – Oliver Barrett IV (Ryan O’Neal)

Harvard law student Oliver Barrett IV and Radcliffe music student Jenny Cavilleri (Ali MacGraw) quickly fall in love after meeting in the library, doing this despite the differences between the two and an early barrage of verbal volleyball. After graduation, they marry despite Oliver’s father (Ray Milland) essentially cutting him off financially due to the difference in the background between the couple – he’s rich, she’s poor – and Jenny’s father (John Marley) giving his blessing to the two. Despite the financial difficulties, Oliver and Jenny manage to carve out a life for themselves, with Oliver making his way through law school and Jenny working as a teacher to support them both. After Oliver gets a job at a prestigious New York City law firm, he and Jenny plan to start a family, but out of the blue, tragedy intervenes in a way that will test their love…

A nod to the Hollywood melodramas of yesteryear, Love Story nonetheless manages to stand on its own two feet. Released during the height of the Vietnam War and coming shortly after the end of the 1960’s, the movie does touch upon the timeless theme of youthful revolt that was timely given the upheaval going on in the country at the time. Best yet, director Arthur Hiller and screenwriter Erich Segal manage to present the story in a straightforward (but not simplistic) and mostly realistic manner without veering too much into flat out melodramatic territory. The only major complaint is that the movie does fall into said melodramatic tropes in the final third of the movie, yet the solid performances from the cast manage to mitigate some of those clichés in a way that it’s palatable. Love Story has managed to survive over the last 50 years as not only a classic romantic movie, but one whose major theme – love, life and death – still resonates with audiences whether it’s your first viewing or your hundredth.

Earning his first major leading role on film after getting noticed on TV in Peyton Place, Ryan O’Neal emerged as a star with his solid portrayal of Oliver; he would earn his only Oscar nomination here and would later reprise the role in the lackluster follow up Oliver’s Story (1978). Like O’Neal, Ali MacGraw also attained star status here with her Oscar nominated portrayal of the beautiful yet tragic Jenny; however – unlike O’Neal – she would win a Golden Globe here as well. Veteran actors Ray Milland and John Marley bring life to their respective characters of Oliver’s upper crust father and Jenny’s more modest and down to earth papa (Marley would also earn an Oscar nod as well); Milland would also reprise his role in Oliver’s Story while Marley would not over a dispute over onscreen billing rather than money (the part would be played by Edward Binns). While much of the supporting cast was filled with mostly actors who are unrecognizable today, one name would standout: future Oscar winning actor Tommy Lee Jones in his debut film as a Harvard roommate of Oliver’s.

The movie is presented in its original 1:85: aspect ratio, taken from a brand new 4K restored transfer for this release. Film grain is organic with even skin tones and a faithful presentation of fine details and the color palette; there’s definitely a sharper presentation here compared to the previous Blu-ray release. There’s little to no problems like dirt, scratches or tears here, making this by far the best the movie will ever look and blows all previous home video editions out of the water.

There are three options on this release: a 5.1 DTS-HD Master Audio track, a Dolby Digital mono track and a French Dolby Digital mono track. Dialogue is strong and clear, with the sound mix and Francis Lai’s beautiful Oscar winning score also given a fathful representation as well. There’s minimal to no instances of problems like distortion, fluttering, crackling or hissing present, which means that this release represents the best the movie will ever sound on home video.

Commentary by director Arthur Hiller – Originally recorded for the 2000 DVD release, the late director talks a little bit about the making of the movie while also sharing antecdotes on his own career and why the film has maintained its appeal; there’s also the option for subtitles with the commentary, which is welcome indeed.

Filmmaker Focus (6:26) – Film critic Leonard Maltin dissects the film’s staying power as a timeless romance in this new entry in the video series.

Love Story: A Classic Remembered (14:51) – Also originally recorded for the 2000 DVD release, Hiller’s onscreen interview covers some of the same point mentioned in the commentary, albeit with clips and stills from the movie included.

A code for the digital copy of the movie is also included with the Blu-ray.

A major hit at the box office during its initial release, Love Story still continues to touch hearts and coax tears from audiences, cementing its status as an all time classic cinematic romance. Paramount has bested their previous Blu-ray release with an absolutely stunning HD transfer as well as carrying over the legacy bonus features in addition to a couple new ones in their Paramount Presents line. Very highly recommended and easily worth upgrading from said previous Blu-ray.

Thanks for the insightful review. I agree with all the positive comments, and if there were any negative ones, I will disagree with those. LOL
Yeah, it's a favorite of mine, and I'm very glad to own this lovely disc ...
You must log in or register to reply here. 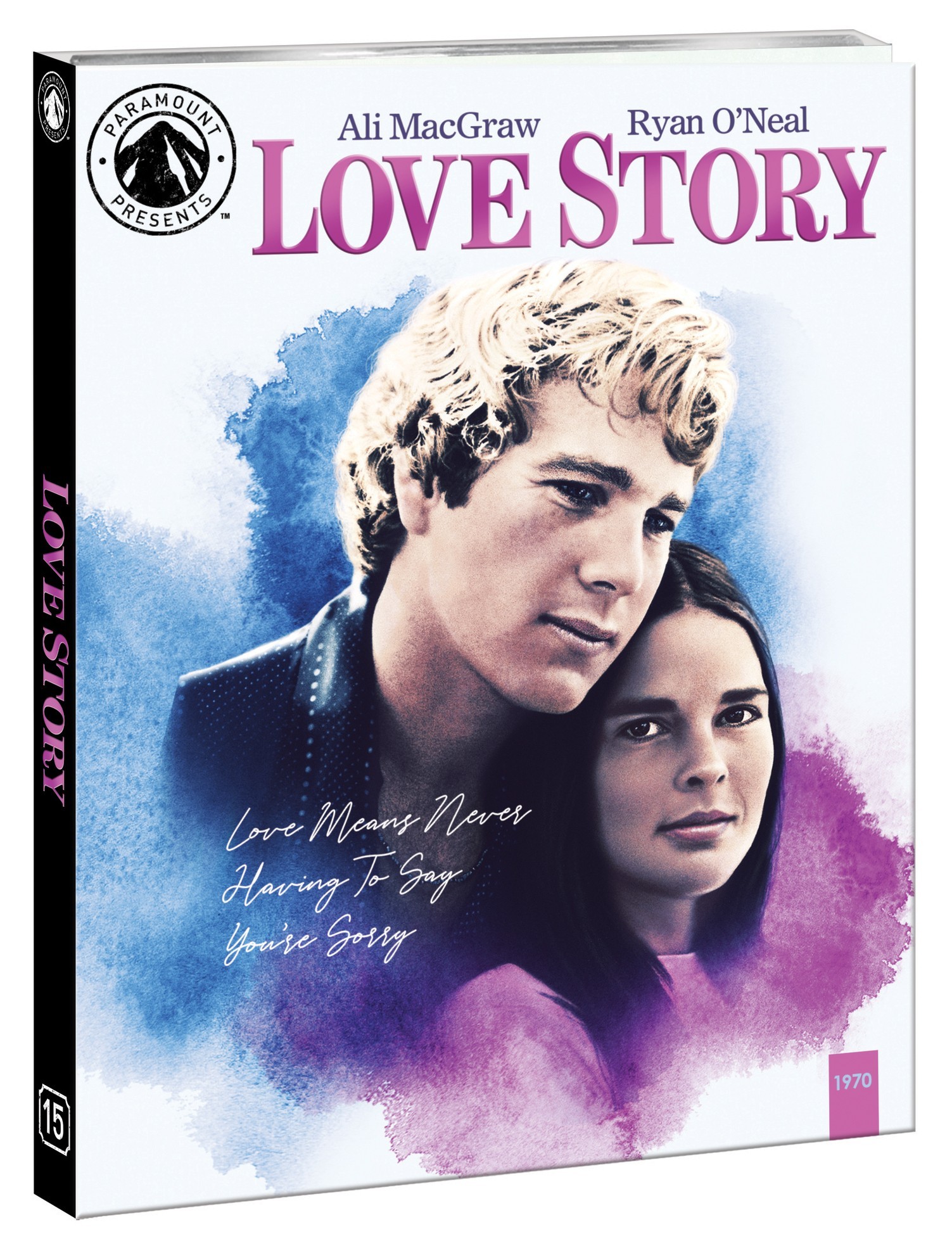