LG has announced the arrival of the latest addition to its CineBeam projector lineup with the debut of the compact and ultra-portable LG CineBeam projector, model PH30N. The PJ is available from the LG website and at the company’s authorized dealers nationwide at a suggested retail price of $399.99, and the PH30N adds to LG’s portfolio of smart home cinema solutions.

The PH30N uses a lightweight design with 5″ x 5″ x 1.5″ dimensions and weighing in at 1.1 pounds for high portability. LG says the the “deep and rich” picture – with 1280 x 720 resolution – will achieve a 100-inch diagonal screen and 350 ANSI lumens of brightness. LG also places emphasis on the PH30N’s suitability for impromptu backyard movie nights, as well as presentations and on-the-road entertainment, due to its ability to fit into “any size bag or pack”. 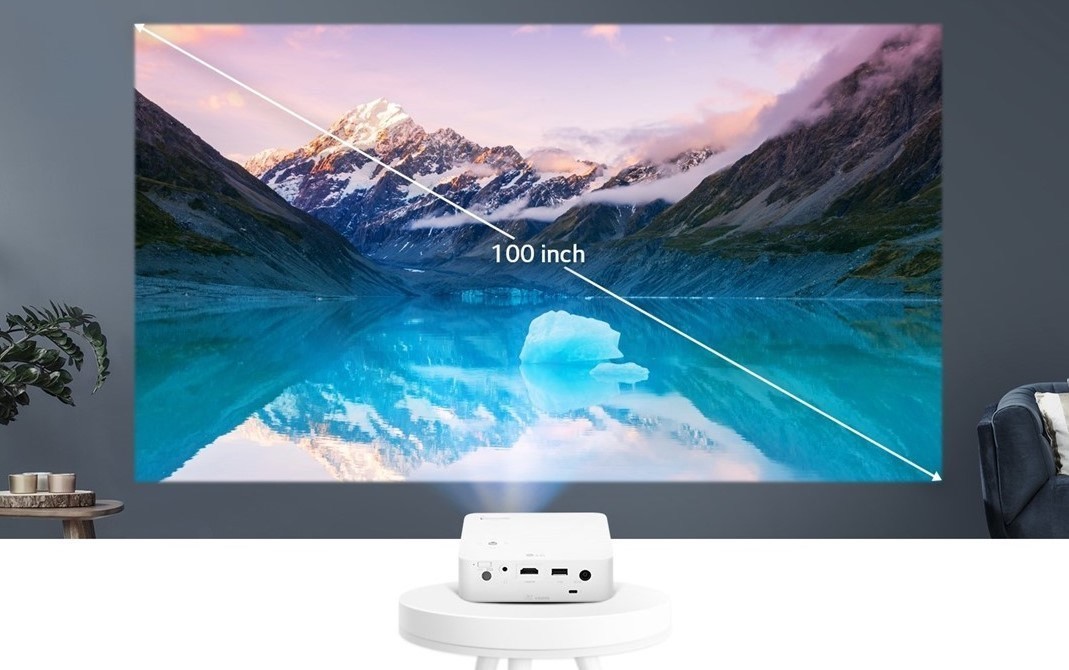 As well as a promised 100-inch diagonal image from a 10.8 ft throw to a wall or screen, the new CineBeam projector offers wireless and cable-free operation with an included built-in battery lasting up to 2 hours, as well as wireless smartphone mirroring and Bluetooth sound. The LED light source displays images with a lamp lasting up to a claimed 30,000 hours (up to 10 years based on a usage of 8 hours a day). When a USB memory storage device is plugged in, the projector allows the user to watch movies, display pictures and play music.