A breathtakingly shot but narratively infantile historical fantasy, Zhang Yimou’s The Great Wall is a disappointing action adventure spectacle. A talented international cast and one of the world’s most compelling directors can’t do much to bring this $150 million epic monster movie to life, and despite stunning visuals and fairly nonstop action scenes, The Great Wall just isn’t very compelling.

International Middle Ages mercenaries William (Matt Damon) and Tovar (Pedro Pascal) arrive in China on a search for legendary black powder to bring back to the West, the substance alleged to being so powerful as to make any army possessing it undefeatable. But the two adventurers arrive at a most inopportune moment in Chinese history. Every sixty years, an enormous cadre of monsters known as the Tao Tie invade the region to remind all of the heavy price that greed has unleashed on the world. Two generations of previous attacks have been overpowered, but the Tao Tie have become successively smarter and more devious in their attacks as well as increasing their numbers tenfold, and it becomes clear to first General Shao (Hanyu Zhang) and later his successor General Lin Mae (Tian Jing) that only by killing the queen will be Tao Tie be vanquished once and for all. William is eager to help with the fight, but Tovar and a previous captive of twenty-five years Ballard (Willem Dafoe) want to steal all the black powder they can carry and sneak away from the country while the others are in the midst of fighting for their lives.

The screenplay by Carlo Bernard, Doug Miro, and Tony Gilroy (based on a story by Max Brooks, Edward Zwick and Marshall Herskowitz) is really very rudimentary: monsters attacking in waves a group of people desperately trying every trick they know to keep the enemy at bay until someone can figure out a way to destroy the threat forever, a basic plotline that’s been used in countless monster and sci-fi attack movies for many generations. The look of the monsters may change and the means of repelling them vary with the time period involved, but the narrative elements are as old as storytelling itself. Where the film has a chance to supersede its banalities are in the visual spectacles offered by the wonderful production design of the Great Wall and its environs, the colorful array of warrior costumes for the hundreds of extras (these Chinese fighters wear color-coded armor depending on their specialties: blue for aerial combatants, red for archery experts, etc.), and the hordes of soldiers and monsters created by ILM and other special effects outfits. The latter, however, are not up to the expected standards of today’s FX wizards: the Tao Tie look like CG creations and never convince that they occupy real time and space with the live action performers. Multiply their numbers by several thousands, and you have an antagonist that induces more chuckles than chills. Director Zhang Yimou certainly masters some striking visual splendors: a panoply of fire lanterns float majestically across stunning purplish navy skies, and the golden hills and canyons surrounding the Great Wall make stunning visual compositions. The climactic raid on China’s capital city Bianliang (the third in a series of attacks mounted by the Tao Tie during the movie) produces every color of the rainbow not only in the emperor’s (Junkai Wang) throne room but in a tower encased by stained glass windows with golden light pouring through them.

None of the characters involved in this adventure ever venture past being two dimensional. Admirably, the scenarists resist the most obvious trope: a romance between William and General Jin Mae (though there are certainly longing looks passed between them as the film winds its way to its conclusion), but neither character, despite solid portrayals by Matt Damon and Tian Jing, advances past the realm of comic book hero. Pedro Pascal’s Tovar has a fun, joshing camaraderie with Damon’s William, and Willem Dafoe plays the usual insidious schemer out for himself. The film’s best performance is actually offered by Andy Lau whose Strategist Wang displays intelligence, an even temperament, and a willingness to trust without using threats or monetary inducements.

The film’s 2.40:1 theatrical aspect ratio is faithfully presented in this 1080p transfer using the AVC codec. Sharpness is exceptional with lots of details to be seen in facial features, hair, and the intricately designed warrior wardrobe. Color is beautifully rich and layered (though only a Blu-ray was sent for review, one can image the wider color gamut of UHD would produce startling hues), and skin tones are always realistic. Black levels are reference quality all the way. White subtitles used when the Chinese speak in their own language are always easy to read. The movie has been divided into 20 chapters.

The Dolby Atmos track (decoded to the Dolby TrueHD 7.1 core on my equipment) is rarely silent with split sound effects and constant panning across and through the soundstage by the monsters, the various weapon assaults, and thundering water in interior mills that serve as power sources for some of the advanced weaponry on display (also making tremendous use of the LFE channel for room rattling bass effects). Dialogue has been nicely recorded and has been placed in the center channel. Ramin Djawadi’s driving background score also gets the full surround treatment.

Deleted/Extended Scenes (6:49, HD): eight scenes may be watched individually or together.

Matt Damon in China (2:45, HD): the star of the film expresses his impressions of the filming facilities offered in China. Producer Thomas Tull praises Matt’s professionalism throughout.

The Great Wall Visual Effects (3:06, HD): Visual effects supervisor Phil Brennan discusses the challenges the film presented to him in fashioning a believable Great Wall for production and utilization for some of the major fight scenes in the movie.

For all its huge budget and reference quality sound and picture (both especially impressive and sure to be even more stunning in UHD), The Great Wall offers fairly predictable and often banal action and thrills. Fans of the star or those looking for some impressive eye candy and sonic delights probably won’t be disappointed, but those looking for something more creative and sophisticated will likely have to search elsewhere.

Will be grabbing on UHD Blu-ray.

It had some impressive 3D. Pity there's no domestic release in that format.

I really wanted to like this, but it was just OK. It had most of the elements, but like you said, it couldn't get beyond being two dimensional. 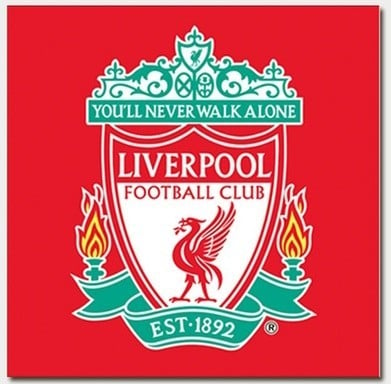 Amazon has the UHD Blu-ray for $19 - https://www.amazon.com/gp/product/B06W2G6XTP/
You must log in or register to reply here.

A Few Words About A few words about...™ Cinema Paradiso -- in Blu-ray 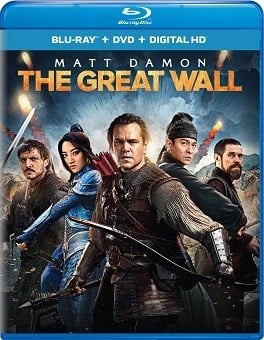