Forum List What's new Dark Style Change width
Log in Register
What's new Search
Menu
Log in
Register
Navigation
Install the app
More options
Dark Style
Close Menu
Posted on December 3, 2021 by Robert Harris
You are using an out of date browser. It may not display this or other websites correctly.
You should upgrade or use an alternative browser.

The subject of these words is his Reds. The other is the re-make of Here Comes Mr. Jordan, re-titled Heaven Can Wait, and co-directed with the brilliant Buck Henry.

But Reds is the more interesting of the two. It will draw you in, even at 3 1/4 hours.

The historical drama concerns John Reed, an American journalist who becomes involved in the Russian revolution.

It’s an extraordinary film, visualized in a way that sets it apart by it’s use of witnesses.

A wonderful cast, including silent screen stalwart Bessie Love, and an overall literacy set it apart from the pack. Brilliant filmmaking captured on a tiny disc.

In some ways it reminds me of the Lean sort of epic – a personal story set against a huge world-affecting background.

For those tired of CGI’d Marvel films, here’s your antidote.

Concerned about pushing the order button on this one?

Especially for only $15 in capitalist currency.

Also for those into film scores, this one’s by Stephen Sondheim, and also worth your attention.

Have the HD-DVD disc released in 2006 so this will be a nice upgrade but i do wish a commentary was on it. Should have been part of the Paramount Presents series.

Angelo Colombus said:
Have the HD-DVD disc released in 2006 so this will be a nice upgrade but i do wish a commentary was on it. Should have been part of the Paramount Presents series.
Click to expand...

I have the 2006 Blu-ray of it so this is the second Blu-ray release. By the way, the first BD release is a two-disc edition with the movie spread across the two discs. The second disc also has some featurettes, but it doesn't have an audio commentary.

This is a marvelous picture and probably the crowning achievement of Beatty's career. I also have the 2006 release but this new one is on the way to me and I look forward to watching it.

Thank you Mr. Harris. "Brilliant filmmaking captured on a tiny disc." You said it perfectly. We've debated the merits of this film on other forums. Can't wait to see this eloquent, inspired epic remastered. Amazing performances from too many great actors to name here. We will probably never see "personal" projects where a filmmaker star puts it all on the line - like this film, Apocalypse Now - ever again. So take it all in. Bask in an epic made without any CGI augmentation.

Reggie W said:
This is a marvelous picture and probably the crowning achievement of Beatty's career. I also have the 2006 release but this new one is on the way to me and I look forward to watching it.
Click to expand...

Quite correct. One of the early BD releases - dropped off my database,

Semi-related but any fan of Warren Beatty should check out his most recent movie Rules Don't Apply from 2016. It's not Reds or Heaven Can Wait but it was very good and criminally underseen.

For another view of John Reed's life, see: 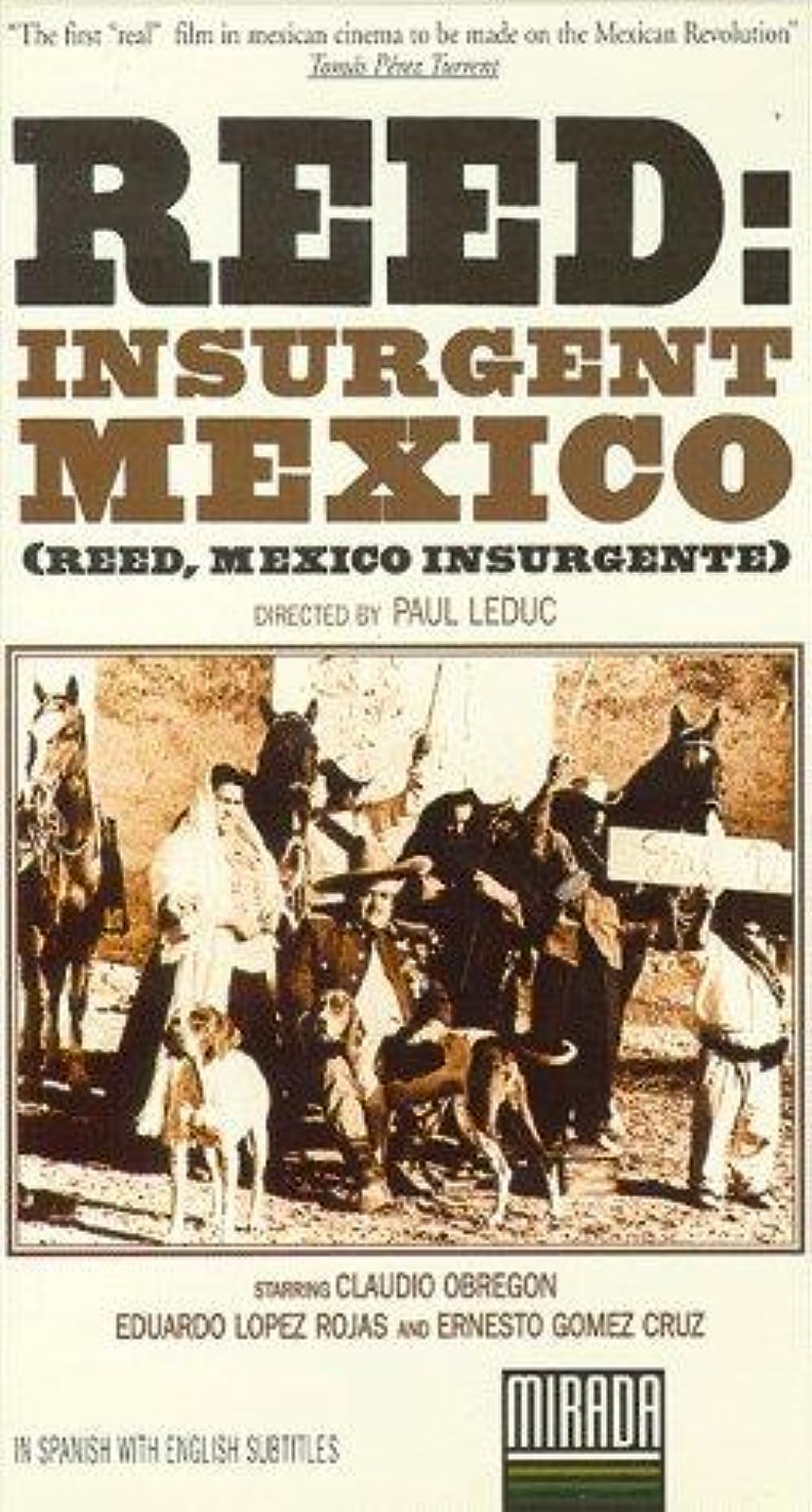 www.imdb.com
Reed: Insurgent Mexico, an excellent 1972 film directed by Paul Leduc. Saw it once at MoMA. Wish it would resurface.

TravisR said:
Semi-related but any fan of Warren Beatty should check out his most recent movie Rules Don't Apply from 2016. It's not Reds or Heaven Can Wait but it was very good and criminally underseen.
Click to expand...

I forgot I'd seen that one until I looked up my site and saw I reviewed it.

Short version: not a good movie.

Got mine today. Quick scan as I wait to watch it next week--looks amazing. Much better than the previous release.

Mine was lacking a digital code card. Did that happen to anyone else? And how does one rectify that situation?

I also did not get a digital code card. Do we contact Amazon or Paramount?

Mine is also missing the digital code card. I was going to contact them through the website. https://support.paramountdigitalcopy.com/hc/en-us

Fans will appreciate this article snippet (buy the magazine and enjoy the whole thing! I'm an editorial board member): https://www.cineaste.com/winter2021/warren-beatty-reds-and-i

"I came to enjoy works less formulaic and more artistic than the normal Hollywood offerings, films that exhibited some sort of social conscience or political resonance, like those turned out in the 1930s by Frank Capra or the works created in what was called The New Hollywood of the Sixties and Seventies, films that flaunted their antiwar themes or countercultural sensibilities—The Graduate (1967), Easy Rider (1969), Midnight Cowboy (1969), Alice’s Restaurant (1969), Little Big Man (1970), MASH (1970), The Last Picture Show (1971), Chinatown (1974), and Coming Home (1978). "

Man, have you expressed my feelings about the current state of cinema and what is so lacking. I'll definitely pick up a copy of this magazine! Thanks for sharing.

Bob Cashill said:
Fans will appreciate this article snippet (buy the magazine and enjoy the whole thing! I'm an editorial board member): https://www.cineaste.com/winter2021/warren-beatty-reds-and-i
Click to expand...

Paramount sent me a code for the digital version. I encourage anyone missing the code to contact them. They responded within a day.

Sorrry but Beatty and Keaton just don’t cut it for me to be even close to period authentic- but an interesting endeavor even though heavy handed with homage to Lean. Worth at least one viewing- and yes the witnesses alone make the film totally enjoyable.
Curious about the 5 rating for image but no description as to the image itself-as I recall it was a pretty drab looking film. Are the reds at least accurate?

Was mad when Reds came out in the theaters because there was no stereo soundtrack, considering the music was by Sondheim.

I submitted a claim for the digital code on the web site. Still waiting. They asked for the following information:
- your RECEIPT to verify proof purchase
- The disc PACKAGING, front and back covers
- The redemption CODE INSERT

That last one made me laugh since that is what’s missing.
You must log in or register to reply here.