Posted on April 9, 2018 by Robert Harris
Shot digitally in 4k, and completed as a 2k DI, Lionsgate's new 4k UHD release with HDR, works nicely in the format, but don't expect that true 4k pop. 4 Stars

Knowing, directed by Alex Proyas, is an interesting sci-fi / thriller.

In 1959, a young girl contributes a strange page of numbers to a school time capsule, while her classmates draw pictures for inclusion.

What did the young schoolgirl know? How does it affect those half a century later.

An interesting, thoughtful exercise in the genre.

Shot digitally in 4k, and completed as a 2k DI, Lionsgate’s new 4k UHD release with HDR, works nicely in the format, but don’t expect that true 4k pop.

The Dolby Atmos track works beautifully for the subject, with theater-filling audio, with nice use of height channels. 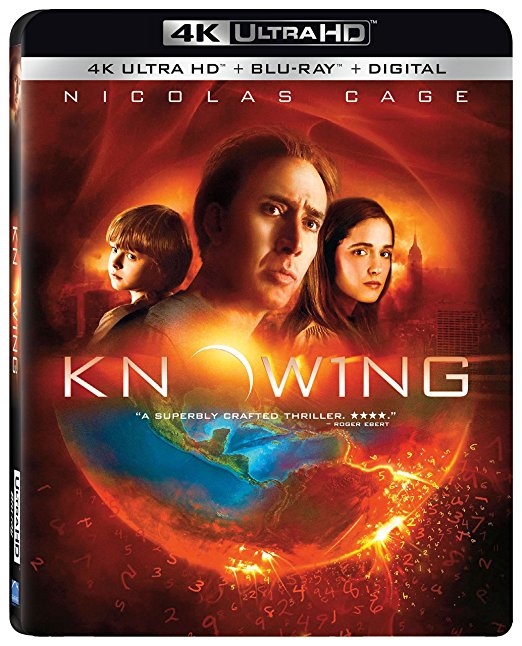