Hard to recommend for most 2 Stars

The Tiger, from South Korean director Park Hoon-Jung, tells a highly fictionalized story around a rather depressing fact — wild tigers are no longer found on the Korean Peninsula after decades of hunting and habitat destruction.

The Tiger, from South Korean director Park Hoon-Jung, tells a highly fictionalized story around a rather depressing fact — wild tigers are no longer found on the Korean Peninsula after decades of hunting and habitat destruction.

In Park’s film, however, the loss of the country’s last Amur tiger, circa 1925, is no thanks to obsessed Japanese official Maejono (Ren Oshugi), looking to assert his dominance over the Korean citizenry via their national animal.

The heavy handed metaphor breaks down pretty quickly, however, with the inclusion of central character and Korean master hunter Chun Man-Duk (Min-sik Choi), who long ago retired from hunting after losing his wife at the claws of the titular “Mountain Lord,” but who is forced back into the game when his only son becomes embroiled in the Japanese efforts to capture and kill it.

The logical extension of the film’s underlying metaphor thus turns into “The subjugation of Korea should come at the hands of one of its own,” but I seriously doubt that’s an ideology the filmmakers were after. And despite its much-too-long runtime, the film never tries to clarify the confusing allegory, indulging instead in gory tiger attacks and melodramatic scenes of death and grief.

While it’s possible the film plays better in its home country, and perhaps even with those of Korean descent, for most audiences The Tiger will be a real bear to sit through.

Framed at 2.40:1 and presented in 1080p with the AVC codec, the transfer features strong black levels, accurate contrast, and nicely saturated color, particularly with the spots of red in the Japanese military uniforms. As with other Well Go titles, the film can have a somewhat digitized appearance with some gradient banding and mosquito noise in fine patterned areas, but any fleeting issues won’t likely be a problem for most.

Dialogue in the Korean 5.1 DTS-HD MA audio track is consistently crisp and clear. Surround channel activity can be aggressive, most notably during the tiger attack sequences where the digital creation is leaping in all directions. LFE can also be quite robust, showcased by a scene involving military-deployed explosives.

Well Go USA provides a solid high definition presentation for The Tiger, an overlong and kind of half-baked tale about the hunt for Korea’s last Amur tiger. Unless Korean cinema is of special interest to a viewer, most are advised to give the title a pass. 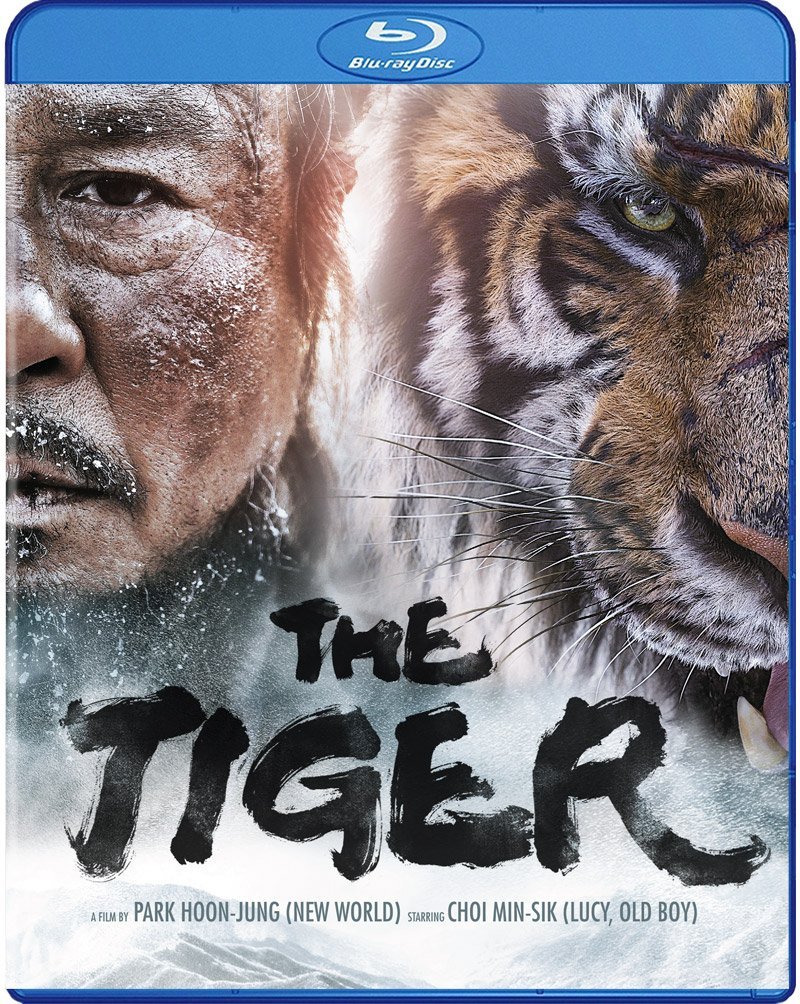