Forum List What's new Dark Style Change width
Log in Register
What's new Search
Menu
Log in
Register
Navigation
Install the app
More options
Dark Style
Close Menu
Posted on July 25, 2021 by Sam Posten
You are using an out of date browser. It may not display this or other websites correctly.
You should upgrade or use an alternative browser.
You wanna play games, MFer? Alright, I'll play 3 Stars 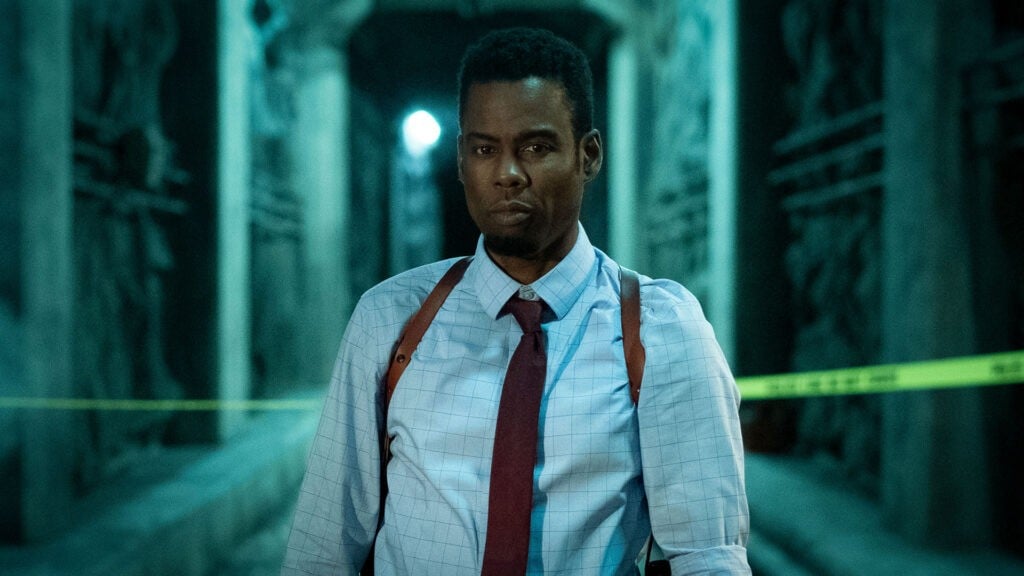 Zeke (Chris Rock) is the one honest cop in the city, but has always been in the shadow of his father (Samuel L Jackson) who was the department head running the town with an iron fist back in the day. But now someone is doing copycat killings inspired by the original Jigsaw killer, but this time targeting the dirty cops. With a fresh recruit to help him (Max Minghella) Zeke will have to find the killer before his dad becomes the next target. 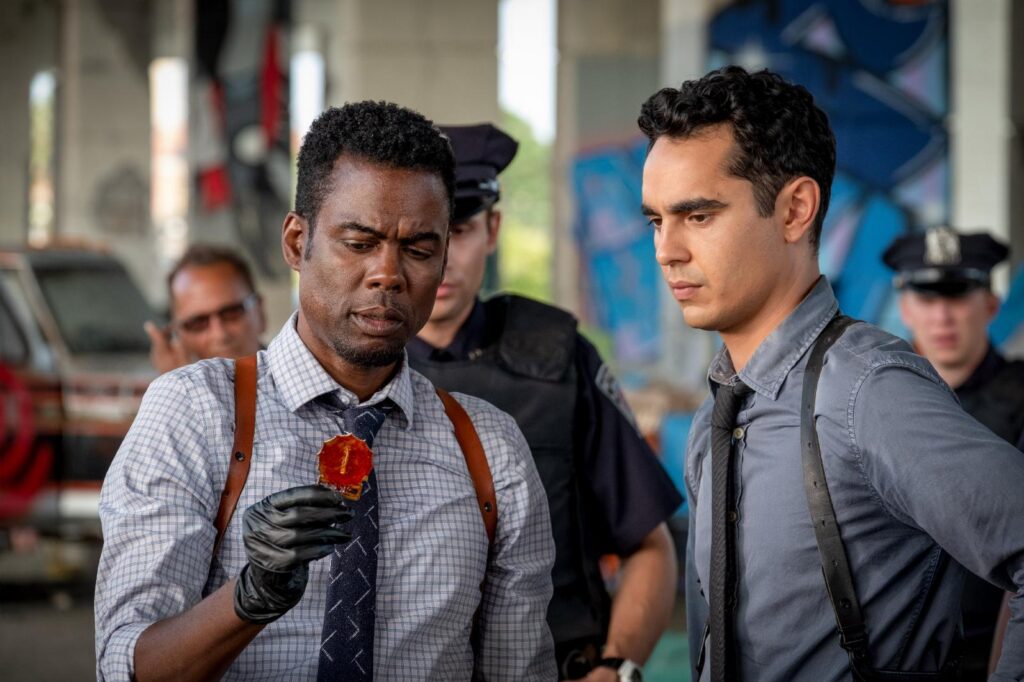 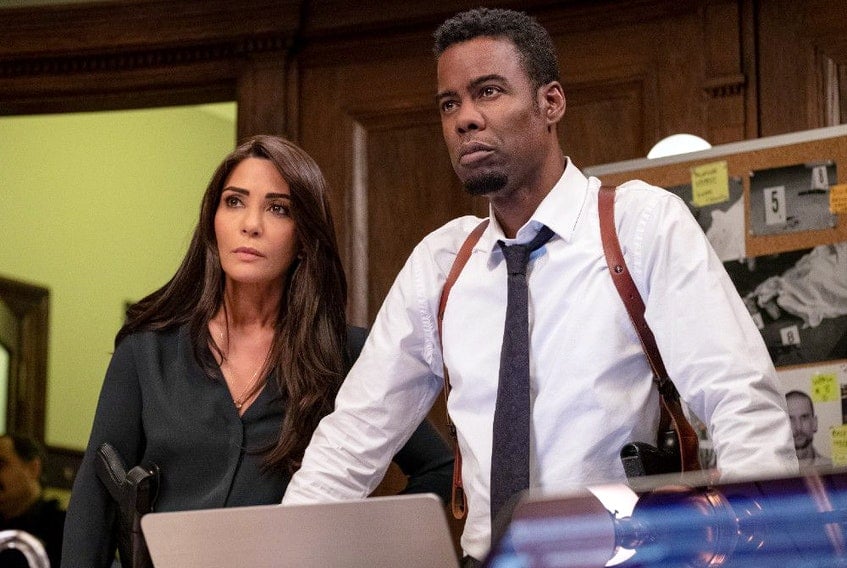 Chris Rock approached the Lionsgate Saw crew with a proposition: What if you combined the gritty horror of Saw/Seven with the buddy cop humor of a Beverly Hills Cop and 48 Hours? They jumped at the chance to find out, and the result is Spiral. A Jigsaw inspired killer is on the loose and is taking down a corrupt police department. But the lead is an honest cop who happens to be a funny black man.

So is this a Chris Rock vehicle or a Saw movie? It’s hard to see where the distinction matters. It certainly replicates the marquee trap and torture scenes where a victim can choose to maim themselves to avoid an impending death. Spiritually and tonally tho it’s probably closer to Seven than Saw, but that’s probably tied to having a new puppet master to track down, and one who may not have the Jigsaw killer’s engineering background. But while the visuals have a noir feel the sound still maintains the classic Saw franchise orchestral / electronic soundtrack, with weird and wonderful foley type instruments adding a sense of mystery and urgency. And yet it is also fully modern, with a number of rap tracks interspersed in.
Saw Soundtrack EP

For me tho it’s the acting that’s the low point. Rock’s always been hammy for sure, and he careens between super serious and funny in this role as expected. But the wooden performances from the rest of the cast are jarring. If it wasn’t a Rock vehicle and we had to evaluate Spiral on its own merits alone it wouldn’t work at all.

As it is, Spiral is a fun re-envisioning of the franchise. Can they continue down this track and set it off on an even higher trajectory? I’m not sure but I’m willing to give it a shot.

Can a Saw movie be filmed in the sun drenched streets of an unnamed city while still retaining its signature dark and gritty style? Hell yes. In fact it’s sharper than ever and the well lit daytime locales amp up the contrast that make the noir style work. Sharpness that can bring out sweat and pores in thin focal planes while still having dreamy bokeh in out of focus areas.

And all the trap sequences are shot in dark quarters, the PQ holds up there too. Minimal noise and grain, no flicker, and no ringing or halos. Solid all around.

I saw Spiral in a Dolby Cinema and this home audio track holds up really well to that experience. Besides the rap tracks noted above, Charlie Clouser’s atmospheric soundtrack was made for an Atmos presentation. Shouts, screams and industrial equipment rattle all around the room while the pulse pounding beat amps up as the traps are sprung.

On the bass side, Gunshots, explosions, train crashes, er smashes, traps, and more. They all pop nicely with good guttural kicks you can feel in your bones. Big thumbs up, gigantic smiles on those. 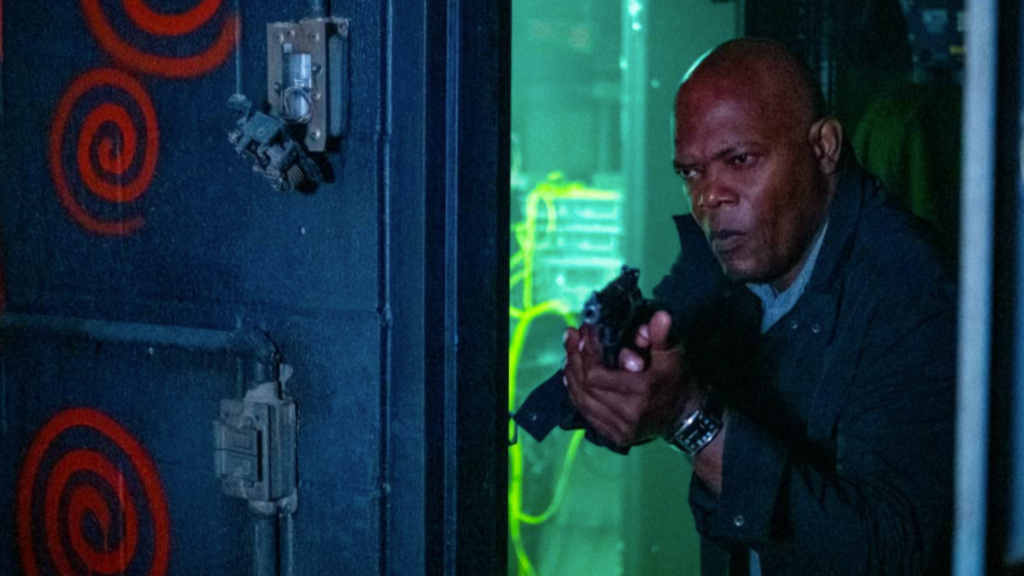 I skipped the commentaries but dug in to the extras while writing up this review. They are fun, informative and well worth your time if you are a fan of the franchise as they dig into how this one differs from the rest of the series. The hour long making-making off is great, and you can watch all the sequences in one go, which is nice. It’s the breakdown of the signature traps tho that’s a real treat. The magicians show you how they did all their tricks, and where you can see the limits of their practical effects and highlight where a few digital edits are added. Highly recommend that one!

Spiral was one of my first experiences back in the theater as Covid lockdowns started to ease up. I enjoyed it overall and am glad the home experience holds up. Certainly the Saw franchise is one best experienced in a crowd, so bring some friends over to experience this one. Your loudest friends who really get into it and shout at the screen would be the best. Sure, take a few points off for a bit of lame acting but it’s a B-movie horror film, that’s par for the course, right? Will Lionsgate continue down this path with a sequel or franchise follow up? No idea but if they keep making em I’ll keep watching em.

A Night at the Opera

Harrison Ford is The Fugitive