Outstanding superhero movie that focuses on humanity rather than fantasy. 4.5 Stars

The sun inevitably sets on the saga of Wolverine in James Mangold’s wonderfully touching and evenly-paced Logan.

The sun inevitably sets on the saga of Wolverine in James Mangold’s wonderfully touching and evenly-paced Logan. It’s unusual when a comic book film focuses more on its humanity than it does on its fantasy elements, but Logan clearly has a more grounded and spiritual agenda than previous films in the franchise, and what emerges is a tough action fantasy with themes relating to family, loyalty, and love that give it a most unique place in the legend of the X-Men.

It’s 2029, and the world’s mutant population has been dwindling steadily for many years with no new mutant births in a quarter of a century. John Logan (Hugh Jackman) now is an Uber limousine driver earning money little by little to be able to finance a cruiser where he can take himself and Charles Xavier (Patrick Stewart), now in his 90s and subject to brain seizures which have a crippling effect on anyone nearby, to live on the sea far removed from humanity. Into their lives drops eleven-year old Laura (Dafne Keen), one of a number of test tube mutant babies who have been developed by Transigen Industries for the sole purpose of establishing mutant armies for hire. The experiments headed by Dr. Rice (Richard E. Grant) have gone awry, and the project is on the verge of shutting down when many of the mutant children escape, all of them headed to a possibly imaginary safe haven called Eden in North Dakota. Charles tasks Logan with taking her there to meet her fellow mutants and start anew, and when Rice’s henchman Donald Pierce (Boyd Holbrook) and his bounty hunters show up to take the girl and kill Charles and Logan, the three must make a run for it with North Dakota and then Canada the most obvious objective.

The screenplay fashioned by director James Mangold, Michael Green, and Scott Frank has combined the road picture with a cat-and-mouse chase narrative as Logan and the young girl (whom he learns has been cloned from his DNA and is thus theoretically his daughter) slowly (very slowly) learn to understand and trust one another. The writers aren’t very subtle in fashioning their themes of man-with-a-nasty-past serving as a mentor to a youngster by having Charles introduce Laura to the movie Shane in a casino hotel room one night with selections from that classic showing the movie’s villain terrorizing the town, subsequently facing off with the hero, and eventually the hero leaving the child with some words of wisdom before heading off into the sunset, all of which are paralleled in Logan.

While the movie is certainly filled with R-rated action (the harder rating means we see the devastation those claws have on Wolverine’s opponents in close-up and with authority as well as observing the older Wolverine slower to heal with a body shredded by previous tough encounters, more hunched in his movements and posture, and gripped by the inevitable poisoning from the inside that he has known all along the adamantium was doing to him) in its three extended encounters between our protagonists and their enemies, much of the movie has a fresher take on Wolverine’s final chapter, a growing sense of familial protection and responsibility that concern father (Xavier) and child (Laura) figures which touch Logan to his core and inevitably give him a reason for going on when every corpuscle in his body is screaming at him to give it all up and simply take the easy way out (an adamantium bullet he has which will do the trick, but an extended sequence with an average horse-breeding farmer and his family offers him a taste of everyday life apart from superhero heroics and postpones his suicide attempt). Director Mangold springs some surprises on us along the way, too, which allow star Hugh Jackman some displays of versatility as Logan in this his seventh film in a seventeen-year journey as this character. If there are a couple of annoying instances of dramatic license being applied (a villain who survives a grenade toss just to keep him in play, the mutant children initially fleeing rather than using their considerable powers to combat their adversaries), it’s easily excused to keep the tension ramped up for a bigger ultimate payoff.

The more world-weary-than-ever nature of Hugh Jackman’s performance really lends a sense of finality that permeates every frame of this movie, but the crux of the story allows us to see a side of Logan which we’ve never seen before and allows the actor to explore depths of the character he’s never needed to touch before. It’s certainly among the best performances he’s ever given in a movie. It’s very nostalgic as well to see Charles Xavier’s last hurrah handled in such a beautifully sensitive way by Patrick Stewart. He plays the seriously ill Professor X as alternately helpless but also determined to see Logan set off on the right path with his daughter and gives us one last look at a remarkable character. Dafne Keen plays Laura initially as a feral little beast, mute and capable of intense rage and violence, and yet this young actress shades her later scenes as the father and daughter begin some rays of understanding that humanize her and make her a character we’d like to see more of in years to come. Villains Richard E. Grant and Boyd Holbrook are smart enough to underplay their villainy, letting their menace develop naturally rather than by chewing the scenery. Stephen Merchant brings some of the (admittedly few) lighter moments to the movie as the albino Caliban, a sort of grousing valet to Charles and Logan in the early scenes and later being forced to serve as a mutant detector for the bad guys. Eriq La Salle is very touching as the farmer who gives Logan a view of ordinary family life in the important if sadly tragic middle section of the movie.

The film’s 2.39:1 theatrical aspect ratio is faithfully delivered in a 2160p transfer using the HEVC codec. With the film’s tone somewhat bleak and uncompromising, the look of the film certainly matches that mood with a brown and gray color palette that reproduces remarkably well on the UHD release. (The Blu-ray transfer seems oddly brighter and more colorful than the UHD transfer.) HDR has been wisely used quite judiciously for some bright highlights in otherwise dimly lit scenes, and sharpness brings out much detail particularly in scenes where Wolverine’s massively scarred body and bloody wounds leave nothing to the imagination. Black levels are reference quality with exceptional details found in the shadows. The movie has been divided into 40 chapters.

The Dolby Atmos sound mix (decoded into the Dolby TrueHD 7.1 core in my equipment) is wonderfully and expressively lively and enveloping. Panning across and through the soundstage is frequent and quite impressive, and several of Charles’ brain seizures offer the LFE channel a remarkable opportunity to strut its stuff. Dialogue has been wonderfully recorded and has been directed to the front channel. Marco Beltrami’s somewhat atonal score gets exceptional placement in the front and rear channels but is never overpowering.

Audio Commentary: director James Mangold’s insights into the writing, casting, production, and editing of the movie are available on all four of the feature film discs in this set.

Logan Noir (2:17:23, UHD/BD): a most effective black-and-white rendering of the film gets its own UHD and separate Blu-ray discs, each containing the Mangold commentary.

All of the other bonus features are available on the Blu-ray feature film disc:

Deleted Scenes (7:45, HD): six scenes may be watched together or separately and with or without commentary by director James Mangold.

Theatrical Trailers (6:32, HD): three trailers may be viewed individually or together in montage.

Blu-ray/Digital Copy: discs and code sheet enclosed in the case.

A marvelously humane and touchingly fitting conclusion to the story of Wolverine can be found in James Mangold’s exquisitely produced and directed Logan. The UHD set offers reference quality picture and sound in a variety of flavors and enough bonus material to satisfy those who want to delve more behind-the-scenes of the production. Highly recommended!

Thank you for the review. I'm excited to watch this. Should be at home tonight which will make UHD number 100...

My hardest decision this weekend is whether to watch Unforgiven UHD or this first LOL.

This was my first UHD purchase. I don't have a 4K set yet, I just wanted to get this now. I saw the movie in the theater in IMAX, but can't wait to see Logan Noir.

What a pleasant change of pace to include the Noir version in the initial UHD and Blu-Ray releases, instead of holding it for a double-dip down the road.

Ok. So the noir version is just a black and white version of the film right?

Don't understand the appeal. I can just adjust any film to be black and white so what's the purpose?

Am I missing something?

Tino said:
Ok. So the noir version is just a black and white version of the film right?

Don't understand the appeal. I can just adjust any film to be black and white so what's the purpose?

That's basically it. Director James Mangold claims that they carefully color timed the B&W version, and that if you simply turned the color off on your monitor, you wouldn't get the look that he intended. But since I haven't seen it yet, I'm not sure how much of that is hyperbole and how much is truth.

It's nice that it's included at no extra cost, and I'll probably check it out once. What I wasn't willing to do was purchase the B&W version of Mad Max: Fury Road -- for that release, the filmmakers released the 3D movie as a 2D-only black & white version as a double dip that had to be purchased separately. (This was clearly done as a double dip because the filmmakers had stated while the film was still in theaters that the B&W version was completed and would be included in the regular Blu-ray release, but I gather someone at Warner decided to hold off and cash in twice.)
Reactions: Tino

Just finished watching it. Looked awesome in 4K. Dolby Atmos great too. And the films not half bad either.

So they didn't include the Deadpool opening short on any of the home disc releases? 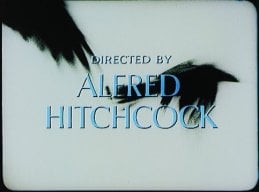 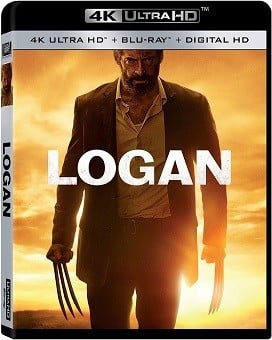