Forum List What's new Dark Style Change width
Log in Register
What's new Search
Menu
Log in
Register
Navigation
Install the app
More options
Dark Style
Close Menu
Posted on January 26, 2020 by t1g3r5fan
You are using an out of date browser. It may not display this or other websites correctly.
You should upgrade or use an alternative browser.
Cult favorite debuts on Blu-ray 4 Stars

Teen comedies that have black humor mixed in weren’t really commonplace in the movies for a long time until the release of Heathers (1988). After that, there were attempts to really capitalize on the concept, but very few really captured the public until – of course – Mean Girls (2004) became a pop culture staple. Released in between Heathers and Mean Girls was Jawbreaker, a movie that has gotten a following of its own over the years. Previously released on DVD by Sony, the studio has released a MOD Blu-ray in time for the film’s 20th anniversary.

It started out as an innocuous (if somewhat cruel) prank on the birthday of one of Reagan High’s most popular girls – the Teen Dream herself – Liz Purr (Charlotte Ayanna). However, the prank goes awry when Liz chokes to death on a jawbreaker used as a gag, leaving her three close friends, Julie Freeman (Rebecca Gayheart), Marcie “Foxy” Fox (Julie Benz), and Courtney Shayne (Rose McGowan), having to figure out what to do next. When Courtney begins an elaborate plot to cover up Liz’s death, it also sets in motion events that lead to Julie breaking away, the school nerd (Judy Greer) being groomed to take Liz’s place, and a final climax at the homecoming dance, where revenge truly is sweet…

Jawbreaker may seem like an attempt to cash in on some of the elements of Heathers, but the movie is actually quite solid on its own merits. For instance, the decision to bathe the proceeding in such vivid candy coated colors makes for quite a contrast to some of the darker elements presented, especially when it comes to Courtney’s motives for covering up Liz’s death. Also, like David Lynch’s Blue Velvet (1986), the story seems to happen in a place where time has seemingly imploded on itself, where elements from different eras are present in the story. Finally, there’s a solid amount of dialogue that’s razor sharp and quotable as well; one line in particular has managed to seep into pop culture awareness (“Life’s a bitch, then you die.”) While it didn’t propel many of its stars into greater fame, Jawbreaker is still as well crafted and darkly humorous confection that has managed to garner a following over the past 20 years.

As the main instigator of the elaborate cover-up, Rose McGowan casts a memorable impression as the scheming and manipulative Courtney Shayne; it’s been said that McGowan had based her performance off of Gene Tierney in Leave Her to Heaven (1945). As the member of the clique who finds a conscience and becomes the main hero of our story, Rebecca Gayheart manages to elicit our sympathy as well as garner our affection; this film – as well as Urban Legend a year prior to this movie’s release – has remained one of her best performances. As Courtney’s right hand in helping to pull off the cover up, Julie Benz makes for a memorably dense and somewhat dangerous Marcie; think of her as Karen Smith in Mean Girls, but with a more sharpened focus and venomous tongue. Other performances worth mentioning are Judy Greer as the nerd who had a girl crush on Liz and ends up becoming her, the eternally cool Pam Grier as the detective investigating Liz’s death, Charlotte Ayanna as the ill fated Liz, Chad Christ as Julie’s boyfriend, William Katt and P.J. Soles in a brief scene as Liz’s parents, Jeff Conaway as Marcie’s father, Marilyn Manson as a stranger Courtney picks up and tries to frame for Liz’s death, and Carol Kane as the principal of Reagan High.

The film is presented in its original 1:85:1 aspect ratio for this release. Film grain is organic throughout with fine details rendered faithfully and the eye catching color palette strong as well. There’s very little to nothing in terms of issues like dirt, scratches or tears present, which makes this transfer likely the best the movie will look on home video.

There are four audio tracks on this release: a DTS-HD Master Audio 2.0 track, a DTS-HD Master Audio 5.1 track, a French dub in 5.1 Dolby Digital, and a Spanish dub in Dolby Surround. Dialogue is both strong and clear along with the sound mix; the music soundtrack has both ambiance and fidelity rendered to it with very minimal to no instances of problems like crackling, distortion, or hissing present. Overall, this is likely the best the movie will ever sound on home video and an improvement over the previous DVD.

Commentary with writer/director Darren Stein – Carried over from the previous Columbia/TriStar DVD, Stein talks about making the movie as well as some of the stylistic choices he made.

20th Anniversary commentary with writer/director Darren Stein, actresses Rebecca Gayheart, Julie Benz, and Judy Greer – Newly recorded for this release, the director and three cast members reflect on the movie as well as some fun memories making it.

While it didn’t find very much success upon first release, Jawbreaker has acquired a cult following over the years. Sony has provided fans of the film with a great MOD Blu-ray with a solid transfer and two informative commentary track to supplement the film. Recommended for fans of the movie.

The Bad and the Beautiful – Blu-ray Review 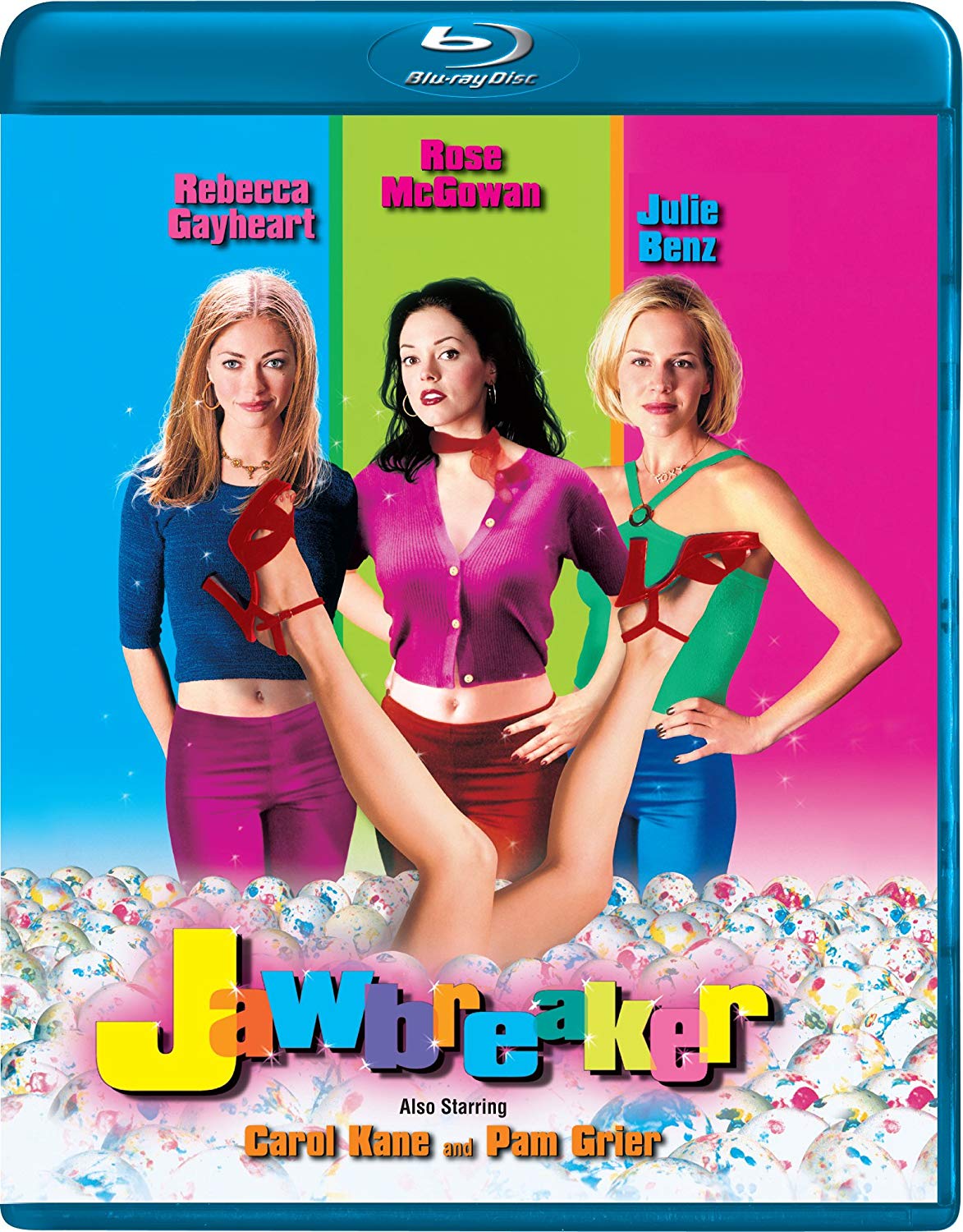