The Danish Girl appears on Blu-ray as a showcase for two fine performances.

The Danish Girl is a truly beautiful film. It’s not simply a matter of the setting or the cast or the design. This is a case of a fairly complicated story about love, told by a director with a solid eye and played by two actors working at the top of their profession. In short, the movie tells the tale of Einar Wegener’s transition from being a man to being a woman, as experienced by Einar and his wife Gerda in Europe in the 1920s. This may sound like a simple story, but the movie presents this relationship in terms of art (both Wegeners are painters), societal mores (Einar’s transition versus Gerda’s evolution as a painter through her portraits of him), and identity.   That’s a lot of material to juggle within a single movie, and yet director Tom Hooper is able to skillfully manage it. The movie may not go by as quickly as people today would prefer, but there’s a lot of ideas and emotions running through this film. Best of all, the movie spotlights two excellent performances. First is Alicia Vikander’s Gerda, which won her an Academy Award two weeks ago. Through the film, we watch Gerda’s transition as much or more than her husband’s, as her role in their relationship is changed along with his. She is simultaneously strong and heartbreakingly vulnerable.   Right alongside Vikander’s performance is Eddie Redmayne’s startling turn as Einar, who transforms before our eyes into Lili Elbe, the woman he inwardly has been for years.   What’s startling here is that Redmayne is able to show us the transformation by degrees. The initial scenes where Einar explores this idea are played from one side of the mirror. The later scenes in the movie make clear that Lili is actually the base personality here, with Einar having been more of an assumed persona. Meaning that we’re not seeing a man putting on the persona of a woman but instead the opposite. And this is being played by a male actor. So we’re seeing a man putting on the persona of a woman putting on the persona of a man. When you put that equation together, it’s easy to see why Redmayne was nominated for Best Actor again this year, and very difficult to understand how he was not given the award.

The movie itself is at times difficult to watch, given the pace and given the pain the characters are experiencing.   But it’s definitely rewarding – mostly for the performances, but also for the sumptuous design and the emotional score by Alexandre Desplat. On the strength of the movie, particularly the acting, this Blu-ray is Recommended for Purchase.

The Danish Girl was released to home theater viewers on March 1st, just after this year’s Oscar ceremony.  The Blu-ray package contains just the high definition disc, without a DVD option. Instructions for downloading a digital copy of each movie are included on an insert in the packaging.

The Danish Girl is presented in a 1.85:1 1080p AVC transfer (avg 35 mbps) that brings out a great deal of lovely period European detail – both in the locations and the sumptuous costumes. There’s also a pronounced change in the look of Eddie Redmayne’s Einar/Lili that the transfer picks up as the movie progresses.

The Danish Girl is presented in an English DTS-HD Master Audio 5.1 mix (avg 2.9 mbps, going up to 3.6 mbps in the bigger scenes). This is a mostly dialogue-centered mix, but the score by Alexandre Desplat is given a large stage in the rear speakers at times.

The Danish Girl comes with a single featurette as its sole special feature.

The Making of The Danish Girl (11:29, 1080p) – This featurette actually does get into some basic information about the making of the movie, in between the inevitable film clips and on-set glimpses. David Ebershoff discusses his motivation for writing the source book and the inspiration he drew from visiting the Copenhagen locations of the story. Both Eddie Redmayne and Alicia Vikander contribute their own observations about playing this couple and the challenges of presenting this story.   For a change, the short featurette delivers something with a bit more substance.

The film is subtitled in English, French and Spanish. The usual pop-up menu is present, along with a complete chapter menu.

The Danish Girl is another of the very best movies of 2015, containing a surprisingly complex story and two amazing performances. The Blu-ray offers the movie in solid high definition, albeit with only a single featurette for bonus material. On the other hand, the featurette is more informative at 11 minutes than many featurettes twice that length. On the strength of the movie itself, this release is Recommended for Purchase. 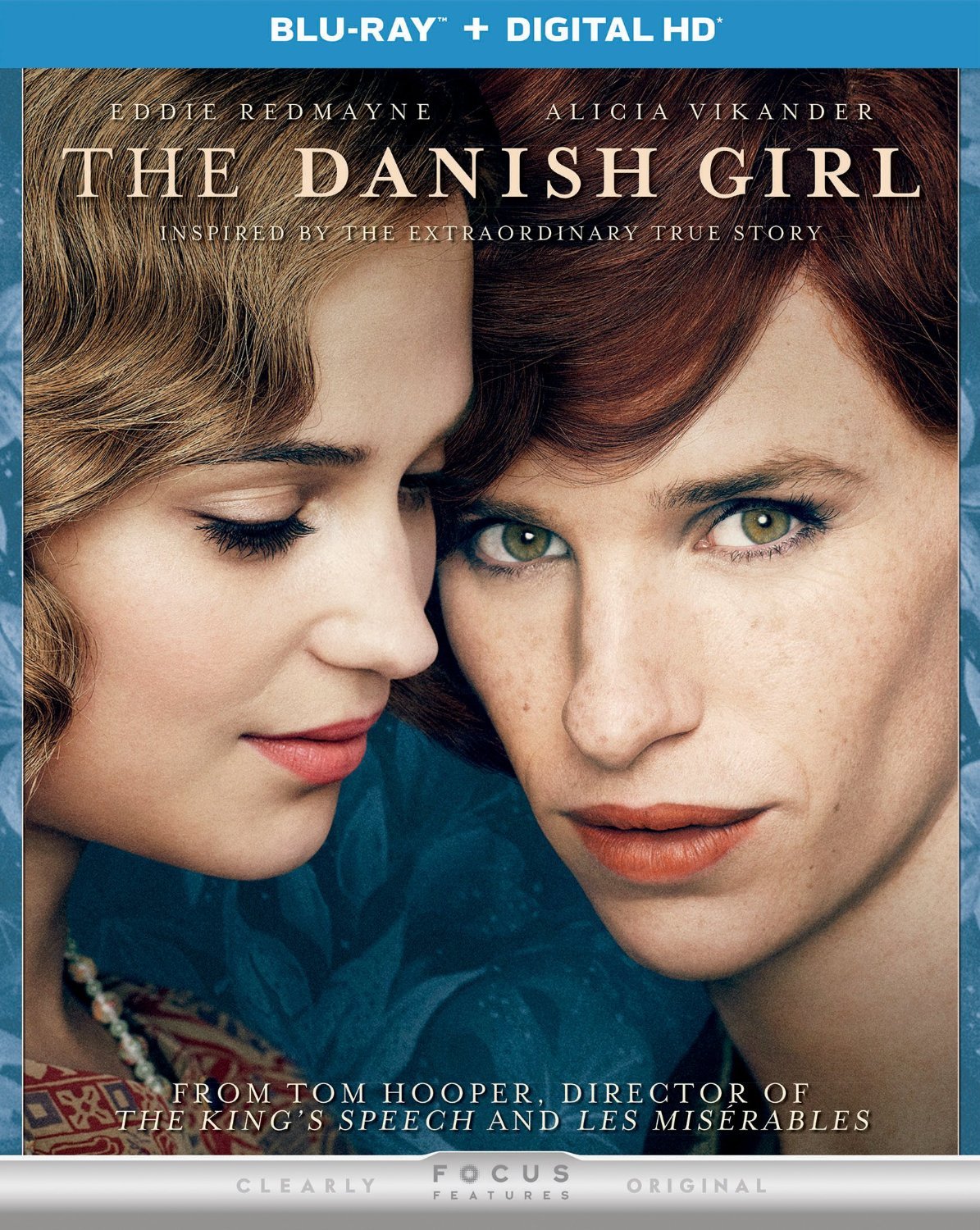