Writer-director Billy Wilder’s natural cynicism is nicely counterbalanced by a fetching love triangle and some on-point political satire in his 1948 dark romantic comedy A Foreign Affair.

Spinsterish, inexperienced Iowa congresswoman Phoebe Frost (Jean Arthur) touches down in postwar Berlin on a fact-finding mission about the state of morale among the occupying forces when her path crosses with legendary cabaret singer Erika von Schlütow (Marlene Dietrich), long rumored to be the former mistress of Hans Otto Birgel (Peter von Zerneck), a high-ranking Nazi leader now in hiding and now reportedly under the protection of an unidentified American military officer. Frost falls for her military escort Captain John Pringle (John Lund), unaware that the handsome American is the singer’s secret lover while he is determined to keep Miss Frost in the dark about his true romantic feelings.

The Oscar-nominated screenplay by Billy Wilder, Charles Brackett, and Richard Breen doesn’t come up with anything unique in the romantic triangle department (dowdy Miss Frost – a rather obvious metaphoric name – pales in comparison to glamorous cabaret singer von Schlütow until, just like Cinderella, she transforms from plain Jane into glamour puss), but the film is nevertheless filled with examples of the desperate state of the city and the indifference of the stationed soldiers to the plight of the populace as long as they get what they want. Wilder even makes sure that Dietrich’s three cabaret numbers (all penned by her composer of choice Frederick Hollander who cameos in the movie as her accompanist) reflect the settings and situations he’s picturing: “Black Market,” “Illusions,” and “The Ruins of Berlin,” the latter especially poignant since we’re given bird’s eye views of the city’s rubble right after the movie’s opening credits, and it surrounds us every time we go outside, even in the Hollywood soundstage sets that were built to mirror the devastation of the city at that moment in time. Wilder does stage a very entertaining seduction sequence with filing cabinets as Captain Pringle pursues Congresswoman Frost, and you can’t help but admire the resilience of the Germans shown in the film as they endure the ignominy of bartering their few pitiful possessions for food and everyday items like soap and cigarettes.

After her glory years at Columbia, Jean Arthur left films for good apart from two brief but memorable returns: this film and five years later Shane. She’s to be commended for deglamorizing herself so completely for the film’s first half as the severe, no nonsense Miss Frost, but in the face of Marlene Dietrich’s incredible beauty and allure (that body poured into striking Edith Head creations, that smoky voice purring her songs so seductively), even her beautified modification doesn’t quite manage to win the crown from Miss Dietrich. For her part, Marlene embodies the surviving soul of the German people magnificently, willing to do whatever it takes to survive and able to think her way out of tight situations and switch allegiances at will in order to carry on. Hers is the performance of the movie. John Lund makes a perfectly acceptable if a trifle bland leading man, and Millard Mitchell is just fine as Colonel Rufus J. Plummer who’s pulling a good many of the strings offstage. Peter von Zerneck as the Nazi officer formerly the lover of singer Erika von Schlütow but now being hunted by the Americans only makes brief appearances until the film’s rather sobering climax, heady drama in a film that’s been much lighter and frothier in tone until its last quarter hour.

The film’s original theatrical aspect ratio of 1.37:1 is faithfully rendered in this 1080p transfer using the AVC codec. There are many more thin white scratches than one might have expected with the movie, and there is occasional dirt and debris, too. Otherwise, the greyscale is admirable with deep blacks and pure whites (making the film’s Oscar nomination for cinematography completely understandable). A nice layer of grain is also present to give the image a film-like quality. The movie has been divided into 8 chapters.

Universal has done an admirable job in cleaning up the film’s soundtrack presented here in DTS-HD Master Audio 2.0 mono. Dialogue and song lyrics are crisp and easy to discern, and mixed with Frederick Hollander’s music and the appropriate sound effects, the audio track is free from age-related problems with hiss, crackle, hum, and flutter.

Audio Commentary: film historian Joseph McBride spends much of the film’s running time discussing his intimate knowledge of Billy Wilder and Jean Arthur, both of whom he was acquainted with, in the latter case quite closely. There is some analysis of the film, too, though little is spoken of in terms of the history of the film’s supporting players.

A film that deserves to be much better known, Billy Wilder’s A Foreign Affair mixes fun and satire in a beguiling package with a couple of sparkling performances by two of the top actresses of Hollywood’s Golden Age: Jean Arthur and (supremely) Marlene Dietrich. Recommended!

Thanks for the review. I agree with your assessment of the film and particularly of John Lund's contribution. He does pretty well but, and I've made this point before, if Fred MacMurray or Cary Grant had played that role, the icing would have been on the cake.

I'm going to watch the DVD in the next few days to see if I want to upgrade.
Reactions: LeoA, Matt Hough and Flashgear

A great review Matt. I absolutely love this film and am grateful to KL for releasing it in a pretty good HD presentation. However, I have always found Jean Arthur to be far more alluring than Marlene Dietrich, in this film or beyond...a difference surely found in the idiosyncrasies of the male animal and to each his own, ha, ha...but this film belongs to both of those lovely talents. And Billy Wilder and his usual supremely accomplished cohort of film makers.

The on-location filmed devastation of immediate postwar Berlin and Germany lends such atmosphere to this film, and other films like the immortal "The 3rd Man" (Vienna of course, and really looking forward to KL's Blu announced release of Carol Reed's phenomenal "The Man Between"), Wilder's wonderful "One, Two, Three"..."Decision Before Dawn" -- a great 1951 Oscar nominated thriller that I'd love to see in Blu... "Berlin Express" also...even lesser films like "Verboten", "Fraulein", "Man on a String", "Escape from East Berlin", "A Dandy in Aspic" and KL's previously released "Ten Seconds to Hell"...and I also love the Berlin set cold war thrillers like "Night People", "The Deadly Affair", "Man Who Came in from the Cold", and "Funeral in Berlin", etc...
Last edited: Aug 4, 2019
Reactions: Brent Reid, PMF and Matt Hough
B

1. I think it is interesting how A FOREIGN AFFAIR anticipates SUNSET BLVD. in having two women vie for the same man. Wilder always loved the triangle construction, e.g., SABRINA, THE APARTMENT.

2. I take your point about John Lund's performance, but want to dissent. MacMurray and Grant would have been too "good" for the role. Lund's blandness works perfectly in that Captain Pringle is bland--he only assumes color in his proximity to Erika (Wilder was always careful to show the distinction between European and American sensibilities). MacMurray and Grant would have overwhelmed the role and cast into the shadow the contrast between Phoebe and Erika (similar to the contrast between Betty and Norma in SUNSET BLVD.).
Reactions: Flashgear and Filmgazer

Brian Dauth said:
I take your point about John Lund's performance, but want to dissent. MacMurray and Grant would have been too "good" for the role. Lund's blandness works perfectly in that Captain Pringle is bland--he only assumes color in his proximity to Erika (Wilder was always careful to show the distinction between European and American sensibilities). MacMurray and Grant would have overwhelmed the role and cast into the shadow the contrast between Phoebe and Erika (similar to the contrast between Betty and Norma in SUNSET BLVD.).
Click to expand...

That's an interesting point. I'm not sure I agree but it's certainly worth thinking about. By the way, welcome to HTF.

I need to watch this Blu-ray as this review has peaked my interest in seeing this movie again.
Reactions: Matt Hough

This movie is so dark I scarcely think of it as a comedy. The status of the people in post-war Berlin and the soldiers' profiteering at their expense is pretty harsh. I guess it's kind of a comedy noir?

I really do like this film, though. Everyone is great in it. I even like Lund, whom I've never cared much for. I agree that he is well cast as the morally ambiguous officer. His handsome blandness allows him to play two sides without seeming committed to either.

My favorite moment is the "Black Market" number where Marlene takes the cigarette out of Lund's mouth, puts in hers, and smokes it as she makes her way around the room singing, and places it in the mouth of her accompanist at number's end. She owns the song and the whole room in every way imaginable.
Reactions: Filmgazer and Flashgear 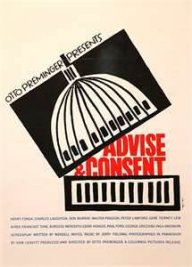 Marlene Dietrich's piano accompanist in the cabaret scenes was Frederick Hollander, who wrote the songs for the film. Their musical collaboration goes all the way back to Germany in 1930, when he wrote "Falling in Love Again" for "The Blue Angel". As an interesting side note, he later wrote the imaginative score and songs for "The 5,000 Fingers of Dr. T". 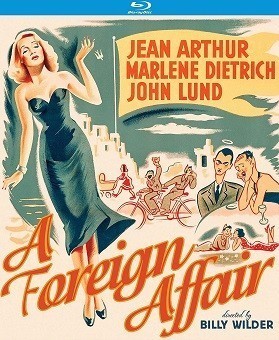