Posted on August 3, 2019 by Robert Harris
The new Blu-ray from Kino Lorber is just fine. While it doesn't appear to come from a new harvest, it's perfectly representable to the film 4 Stars

Billy Wilder’s re-make of The Front Page (the original was a pre-code, Lewis Milestone film via Howard Hughes, followed in 1940 by the first re-make under the direction of Howard Hawks, and with a title and sex change) isn’t up to either of the two that preceded it.

It’s fun watching Walter Matthau and Jack Lemmon in one of the wonderful pairings, but some things never seem to kick in. Carol Burnett’s character never did it for me. Secondary players add to the fun.

The majority of the interiors appear to be what they are, as shot at Universal. Locations shots are more interesting.

The new Blu-ray from Kino Lorber is just fine. While it doesn’t appear to come from a new harvest, it’s perfectly representable to the film, and Jordan Cronenweth’s cinematography. 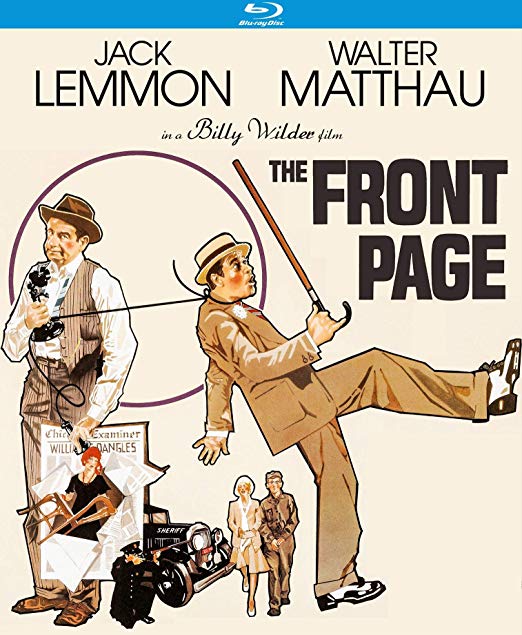