Forum List What's new Dark Style Change width
Log in Register
What's new Search
Menu
Log in
Register
Navigation
Install the app
More options
Dark Style
Close Menu
Posted on January 17, 2023 by Sam Posten
You are using an out of date browser. It may not display this or other websites correctly.
You should upgrade or use an alternative browser.

Let the painter paint (in 4k and in Atmos!) 4 Stars

Based On my Bluray review here: 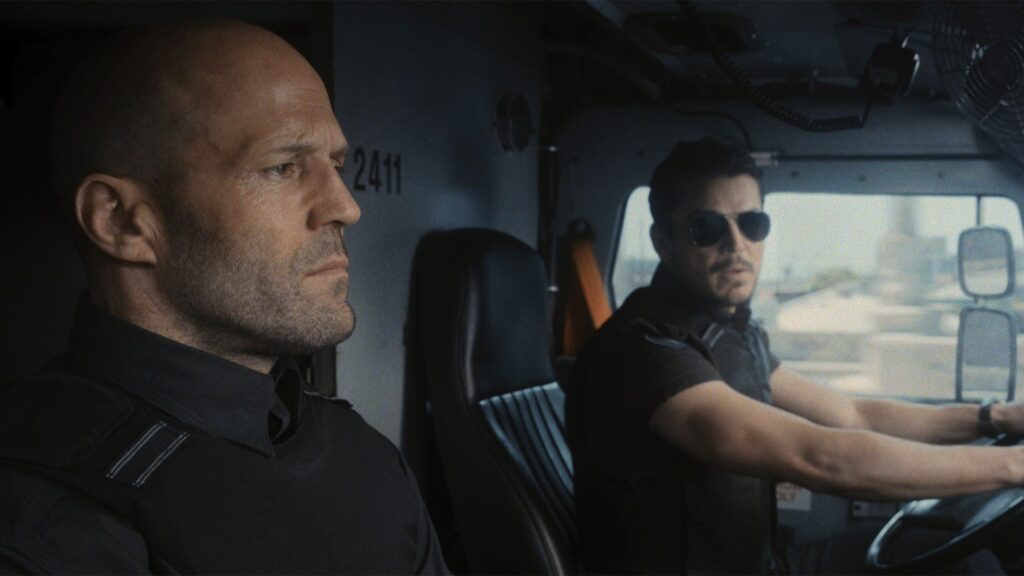 H (Jason Statham) is a new hire at an armored truck company. One with recent history of losing a truck full of cash and the two drivers in it, along with innocent bystanders. H’s exemplary past service at a now defunct Irish trucking company didn’t raise any eyebrows, nor did his just barely passing scores during his evaluation period, but when his own truck gets hit in a robbery his lethal takedown of the 6 crooks who attempted the hold up sets alarm bells off in the police, the mob, and everyone at the company except the owner (Rob Delany). H’s mentor, Bullet (Holt McCallany) seems impressed, but even he knows something hinky is going on.

Director Guy Ritchie pulls the layers of the onion back one at a time and we get to understand that H is no ordinary workman, and the crooks targeting his company aren’t like anything he has faced before. Wrath is a remake of the French film, Le Convoyeur aka Cash Truck.
Cash Truck IMDB

Wrath of Man was a weird Bluray  and is a weird UHD. Not the plot, cast, visuals or audio quality, those all remain fine. It’s an MGM film released by Shout Factory, so there is no digital code. Just like the Blu there are zero extras.  Not even a trailer. It remains “We were contractually obliged to do the least possible with this release, so here you go, suckas!”

As for the movie itself it’s masterfully shot and from what I have seen of La Convoyeur it’s obvious Ritchie has a lot of love for that film. Based on the opening title sequence alone he has a dark vision for this release that uses Statham’s talents to full effect, has some of the best shootouts since Heat, and shines a light on all the oddball characters you’d expect from a Ritchie film. It was one of the first and best reasons to head back to the theaters as vaccines started allowing people to congregate again. So why did Warner and now Shout Factory shovel this out without any fanfare? Only they can say but it’s obvious the decline of MGM is a prime suspect.

If you are a fan of either Ritchie or Statham don’t sleep on this one. But don’t go in expecting more than the bare minimum from the studios behind them.  I loved the story, I loved the action, I am content that there is finally an Atmos and 4K release of this fun film.  I just wish it were treated with a little more fanfare, or at least respect.

Thumbs up for Scott Eastwood as the worst member of a crooked crew of heel turned vets.  He and the rest of the gang are ruthless and dispirited about how they have been treated upon coming home. But Eastwood really sells it.

Also another round of applause for the sound track. More on that below.  But it is gothic, haunting and omnipresent. 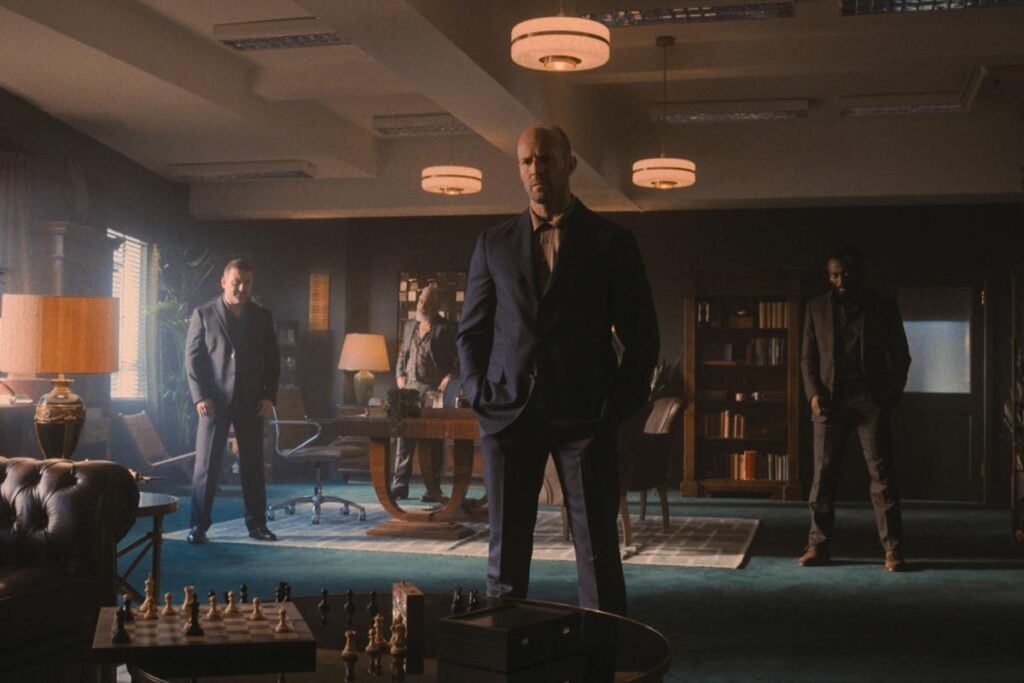 Pretty good upgrade in picture quality moving to UHD, with solid fine details. Deep dark blacks and signature grit you expect from a Ritchie release, but note that this very specific filmic look negates a lot of the advantages of 4K HDR. 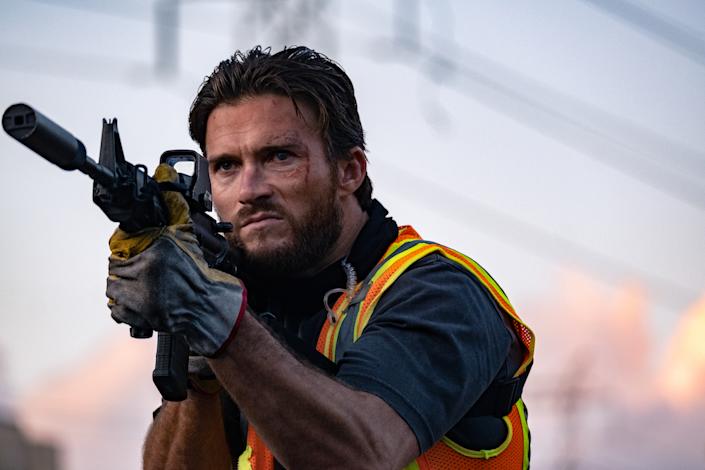 The move to Atmos is just what the doctor ordered and a nice upgrade from the blue. I’ll note I had to turn the volume up 3dB from my standard setting, not sure why, but it was clearly low. Once that was done the deep gutteral gunfire I loved from the blue (the bursts that hit like a pack of stomach punches) have only intensified here. Solid dialogue that is wayyyy easier to understand than Ritchie’a past efforts which feature near indecipherable accents. The soundtrack leans heavily on slight variations of a grungy orchestral melody, but once you have heard the tick/tock beats of the Main Theme and Coffee Frother tracks you will get the idea.

I liked the sound track even more this time around.  Definitely an unseen but very important character in the story. 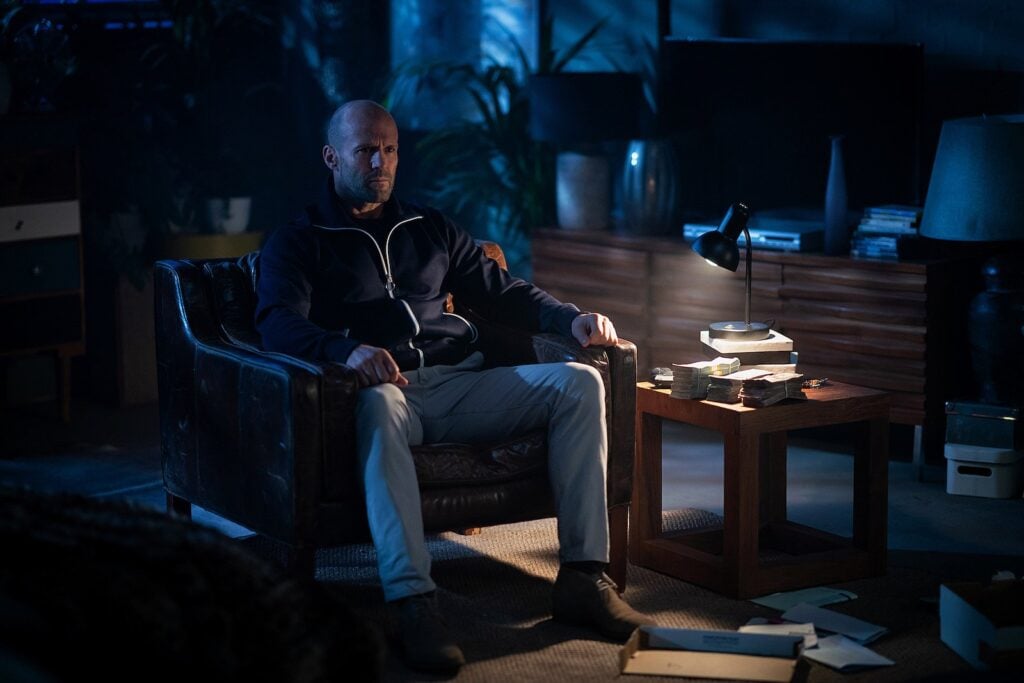 Nothing. Absolutely nothing. Zero Point Zero.

There’s a trailer on the included Blu.  No points for that.

This release almost redeems the terrible first attempt on Blu. Still… no extras at all?  Booo I say.  Booooooooo.

I want to reiterate that Wrath is a decent film. It’s Ritchie’s most approachable flick, Statham is classic Statham. And he’s backed by a solid cast of misfit characters played by Josh Hartnett, Jeffrey Donovan, Scott Eastwood, Niamh Algar, Raul Castillo and cameos by Post Malone and Andy Garcia. Each has just enough screentime to make them memorable in their own way. The fights are fierce and creative. The ‘twists’, such as they are, don’t stand out to me. But each one was just enough for Ritchie to haul us back to the scene of the crime 3-4 times, and enough for us to get new perspective as each layer is rolled back.

And like all good action films this one gets better with repeat watches.  If it’s been a while give this one another shot.  Just don’t expect to have any extras to comb through.

Being a fan of Statham and to a lesser degree Ritchie, I picked up the BD when it first streeted. Still not UHD capable, so no comments upon the disc; but I agree with your assessment of the film. I have always had an affinity for crime dramas and thrillers and this film works well within those genres. Definitely recommended for fans of Statham & Ritchie.

I tried to watch this and then it became apparent that 99% of the characters were just bad folk. I didn’t have anyone to care about and stopped watching.

Johnny Angell said:
I tried to watch this and then it became apparent that 99% of the characters were just bad folk. I didn’t have anyone to care about and stopped watching.
Click to expand...

I'm somewhat surprised by the lack of mention of Holt McCallany in the acting lineup. He's a great character actor and does not disappoint here. my 2 cents.

Holt is great. I think he is way better in Mind Hunters tho!

Sam Posten said:
Holt is great. I think he is way better in Mind Hunters tho!
Click to expand...

Agreed. There's a lot of nuance to his performance in Mindhunter.
You must log in or register to reply here.