I love it when the presentation credits preceding the main title of a film are almost out of control.

Wind River is a wonderfully humorous example. They read as follows:

Fortunately, all of these production entities has created a quality production, which brings to the fore problems being faced by Native Americans.

One of the things that’s nice to see, and works beautifully here, is the depth of Native Americans appearing in the film, the most recognizable being the superb Graham Greene.

If Lawrence of Arabia led theater-goers to joke about management raising the temperature in theaters, and adding more salt to popcorn to sell more drinks, Wind River is the opposite, as cold is palpable.

Shot in Utah and Wyoming, it depicts winter in those environs, as a dangerous place to visit.

With imagery captured with an Arri Alexa XT Plus, and finished as a 2k DI, the resultant Blu-ray is a gorgeous affair, and perfect in every way.

While you may not find yourself tapping your toes after screening (unless you’re checking for frostbite), the presentation will leave you with something to consider. 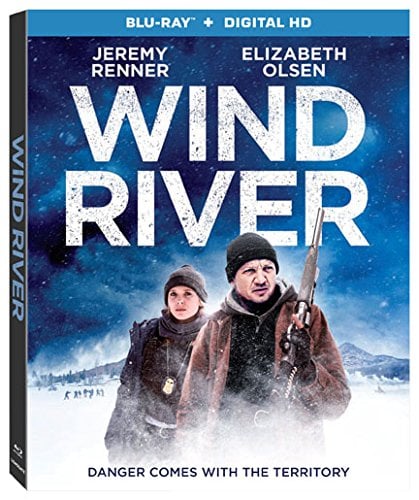