Lindsay Anderson’s The Whales of August, is a simple story of two sisters at their home on the Maine coast.

It’s also one of the most magnificent cinema experiences set to celluloid.

And another film for which I’ve been waiting aeons to arrive in a respectable form for home video consumption.

Thanks to Kino Lorber, it’s here.

The sheer overabundance of acting experience in this film is astounding, but that’s not the half of it.

There’s something spellbinding watching this film, and those in it.

Bette Davis, Lillian Gish, Vincent Price, Ann Sothern. Add in the experience of Harry Carey, Jr., and you’ve got over 300 years of acting between them.

It’s enough cinema history all rolled up into a single film, to make you sit up straight, as the hair on the back of your neck stands on end.

I probably won’t get this correct. I’ll let you check sources on the inter-web…

Director Anderson, commented to Lillian Gish that she was doing a terrific job with her close-ups.

Bette Davis, overheard the comment, glared at Anderson, giving him one of those “you’ve can’t be serious” looks, and told him something like…

“Miss Gish, doing a terrific job on her close-ups! She invented them!”

This is another of those very rare films that must be experienced.

Buy a copy, and enjoy. And don’t forget to sample the extras. There are many, and they’re worth their weight in gold.

Lest readers don’t get the message, I love this film! 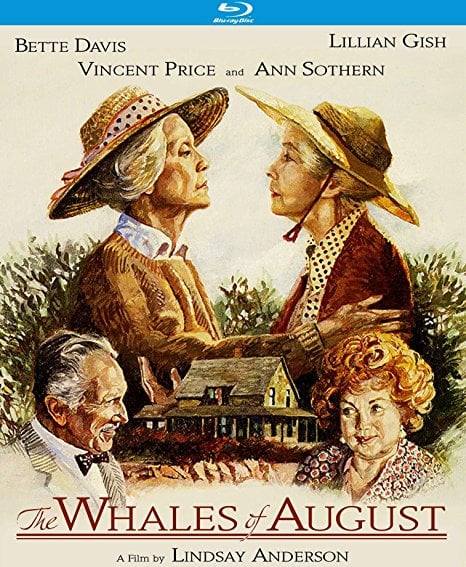