Forum List What's new Dark Style Change width
Log in Register
What's new Search
Menu
Log in
Register
Navigation
Install the app
More options
Dark Style
Close Menu
Posted on February 19, 2018 by Kevin Collins
You are using an out of date browser. It may not display this or other websites correctly.
You should upgrade or use an alternative browser.
Fun films that look superb in 4k. 4 Stars

Both are upgrades from the earlier Blu-rays, with the 2001 variant looking a bit more film-like, for obvious reasons, mostly grain structure.

One only concern was the Paramount logo hitting the screen, and appearing unnecessarily dark, which fortunately did not carry on into the feature.

Both are Dolby Vision, as well as standard issue HDR10.

Upgrade from Blu-ray – (LC – Yes, Cradle – only if you desire a matching pair)

The logo on the first film has always been dark.

The other good news about this release (my official UHD review is forthcoming) is that the included Blu-ray is, at the very least, a new higher bitrate encode in AVC with DTS-HD MA audio on a BD50 as opposed to the original MPEG-2 encode with lossy Dolby Digital and DTS 5.1 tracks on a BD25.

As for the transfer, though, it's unclear whether it uses the same scan as the 4K.

I assumed it would but when I compared, I noticed print flaws that weren't on the 4K.

It also looked mushier and blander in a way that I don't think comes solely from format differences.

If I had to speculate, I'd guess that the 2018 "LC: TR" Blu-ray uses the same transfer as the old BD but it looks better due to superior compression techniques.

It's still not a particularly attractive release, though, so non-4K-equipped viewers who want a good BD of "LC: TR" will probably feel disappointed...

Oh, and BTW, the "Cradle" Blu-ray included with that package is the same one Warner released in 2013 - right down to the standard WB menus. Unlike the original "LC: TR" Blu-ray, though, the old "Cradle" BD didn't need an upgrade - it was/is a solid presentation...

Yes, I had read such bad things about the first Croft on Blu-ray that I never upgraded from my DVD. I got the Blu-ray of Cradle because my DVD of it went bad. Now, I'll eventually get the 4K of the first one and just be content with the second one on Blu-ray only.

Matt Hough said:
Yes, I had read such bad things about the first Croft on Blu-ray that I never upgraded from my DVD. I got the Blu-ray of Cradle because my DVD of it went bad. Now, I'll eventually get the 4K of the first one and just be content with the second one on Blu-ray only.
Click to expand...

TBH, I think that's a good plan. Gotta admit I didn't think the 4K "Cradle" offered a substantial upgrade over the BD - the "old" WB Blu was very good.

And the 2006 "LC: TR" really was awful. When I reviewed it a couple years back, I called it one of the least attractive Blu-rays I'd seen. The new BD is an upgrade but not as much as I'd expect.

BTW, it's interesting that Paramount have the 4Ks out on 2/27 but the BDs don't hit until 3/6. I guess they're hoping impatient buyers without 4K capabilities will take the plunge a week early rather than have to wait!

For anyone holding out for a price drop bestbuy.com has their exclusive 4k LC:TR release w/ steelbook on sale for $12.99

ScottJH said:
For anyone holding out for a price drop bestbuy.com has their exclusive 4k LC:TR release w/ steelbook on sale for $12.99
Click to expand...

I have been. Thanks for the heads up.

I've been waiting, too, to update my DVD. Thanks.
You must log in or register to reply here. 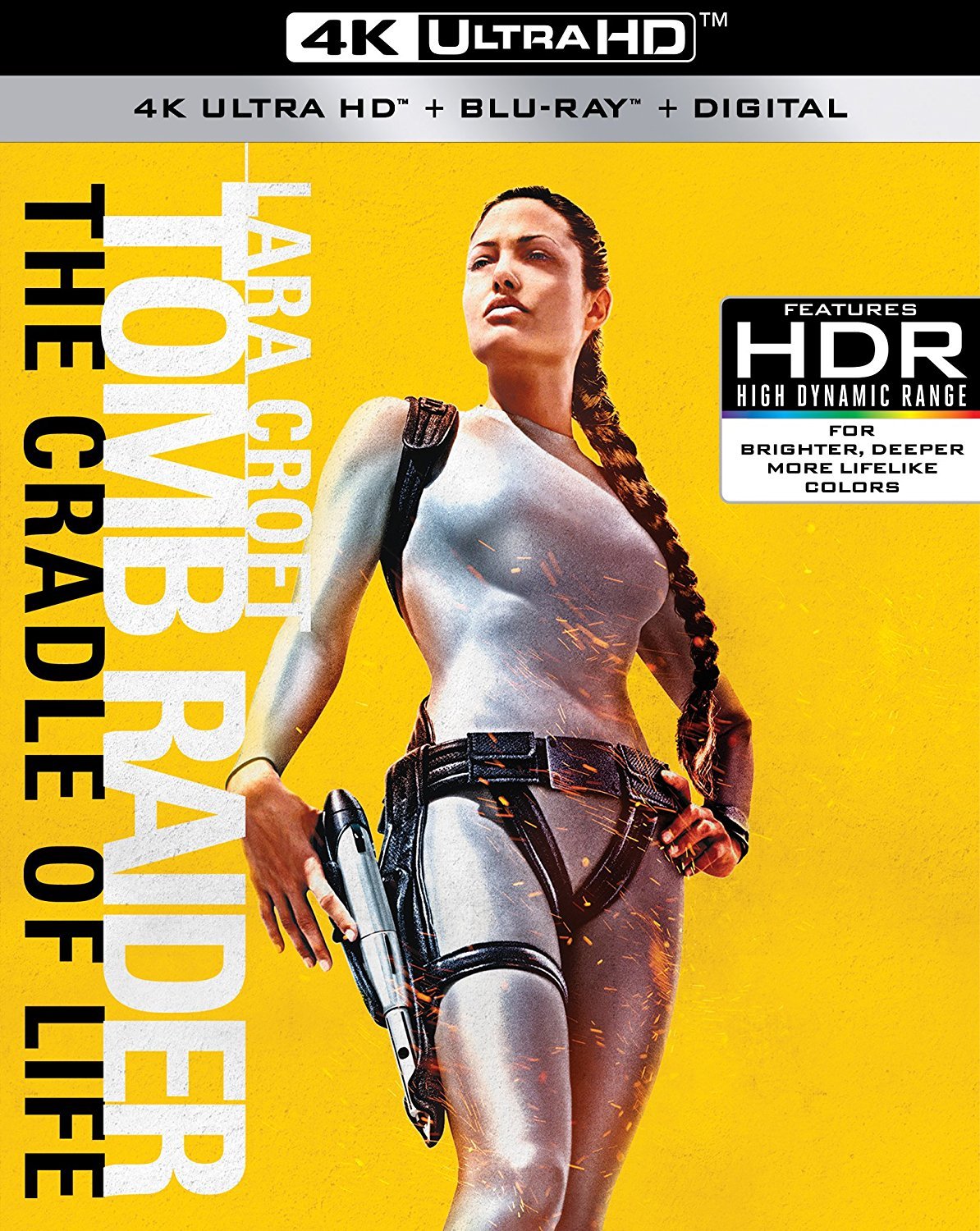