Mr. Newman in his first role as a detective, in Jack Smight’s Harper, based upon the novel The Moving Target, by Ross Macdonald.

Warner Archive is releasing both of the Harper films – the other is The Drowning Pool – and unless you’re a Newman completist, this is the one to add to your library, as it’s a fun, funky film, with a terrific cast, and an overall quality production.

The Blu-ray is typical Warner Archive, in that it looks and sounds wonderful. Nary a problem to be found.

Did I mention the cast? 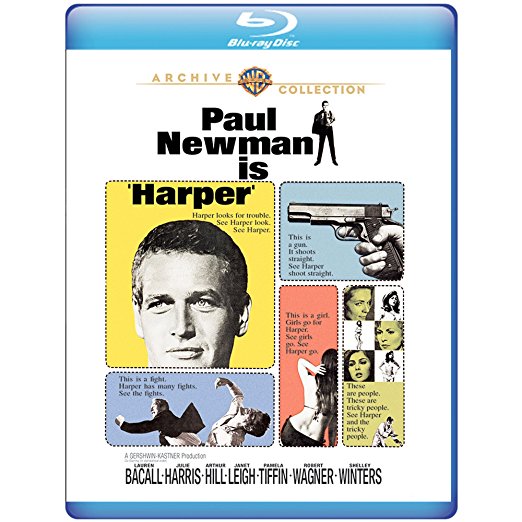