Fans of Cary Grant can finally own his penultimate film appearance on Blu-ray, courtesy of Olive Films via Paramount.

A delightful romp, with Mr. Grant and Leslie Caron, the 1964 production, comes across as a bit more than adequate on Blu-ray, with color not always tracking, and far too much dirt and damage for a 4k restoration.

I would have presumed much better quality coming from Paramount, but their work here is either slipshod, incomplete, or far to budget challenged.

Extras place the release in Olive’s Signature category, but I’m not certain that they’re up to the quality of earlier releases. 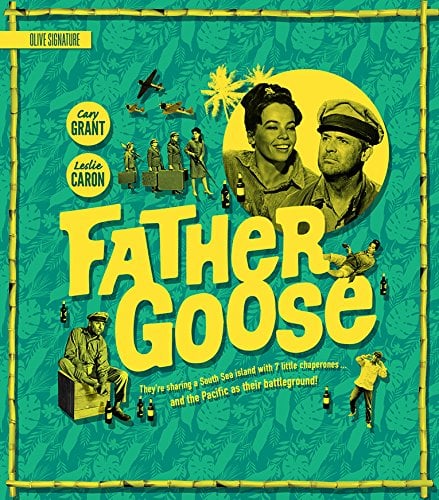