Posted on September 13, 2016 by Todd Erwin
Great for the family 4 Stars

Wonders of the Arctic is a serviceable documentary short produced for IMAX theaters about arctic wildlife and the impact global warming has on them. The visuals are beautifully photographed, and translate to UHD quite nicely, but the storyline is not as compelling as one would expect.

The Arctic is one of the toughest climates for life to flourish in, yet it is quite abundant. With climate change, however, that life is disappearing, much like the ice that connects the land masses at the northern pole. That is the basis behind Wonders of the Arctic, which starts off slow as we follow Dr. Shari Gearheard, a young researcher from Canada, and her team of mostly Inuit assistants (with some help from two US scientists) placing thermometers and depth markers in the ice, and checking their weather stations. We also experience the difficulties in transporting newly mined nickel across the ice. The film does pick up when the cameras go underneath the ice and explore the thriving ocean life (cold sea water supposedly contains more oxygen), where we get to view algae growing on the bottom of the ice, supplying food to smaller marine animals such as shrimp. Other animals explored include the Greenland shark, narwahls (dubbed the unicorn of the ocean), Beluga whales, and Bowhead whales (who can live up to 200 years). We then travel back to land for a look at thick-billed murres, a bird many consider the penguins of the north, even though they do have the ability to fly. The murres migrate to the Arctic during the summer months. What would a film about Arctic wildlife be without polar bears? Wonders of the Arctic tells of a story in Churchill, Manitoba, Canada where the polar bear population often equals that of humans, and how the local sheriff and his deputies try to keep the bears out of town, humanely, during Halloween, and that the sheriff has one rule – no polar bear costumes. The bears are located, tranquilized, placed in isolation on the outskirts of town, then airlifted the next morning to a remote location far from town. But it is also the polar bear that is currently suffering the most from climate change, as the amount of ice that remains frozen year-round has shrunk by 70% over the last 30 years, and it is the ice that polar bears use to migrate from continent to continent for mating and food. The film ends with an Inuit family that live off the land and ice, fishing for their food. Victor Garber’s narration is pleasant, but never too droll to induce sleep. Wonders of the Arctic never quite achieves the visual beauty or entertainment of many of the other IMAX releases on UHD by Shout Factory, but it is still a good educational tool for the young ones.

Very little information is available regarding the technical specs of the film, although I do suspect it was shot, for the most part, on film, as there are minor instances of white hairs in one or two shots. That being said, the transfer, framed at 1.85:1 (despite the liner notes stating 1.78:1), is beautiful. As with other UHD releases from Shout Factory, the viewer can select the film with or without high dynamic range. The HDR version has a much cooler color palette, with whites having a slight blue tint to them, and colors are more vibrant and natural. Detail is excellent during the above water sequences, with icy crust visible above the snow and distinct hairs on the polar bears. Underwater, the image appears somewhat softer, likely due to the source material and shooting in murky, cold waters covered with ice.

Shout Factory has included a Blu-ray disc that contains the film in 1080p in both 3D and 2D. I found the 3D to be rather lacking, with many of the panoramic vistas and quite literally all of the underwater sequences appearing flat. There is some noticeable depth in the more traditional above water shots, but nothing to get overly excited about.

As with all other Shout Factory UHD releases to date, Wonders of the Arctic arrives with a Dolby Atmos mix that includes a Dolby TrueHD 7.1 core. It’s a nice track, but not quite as immersive as any of the other releases. Playing back in 5.1 with Pro-Logic IIz enabled, the height speakers never really engaged much during the film. Much of the mix utilized only the lower fronts and rears, with minimal LFE presence. Narration was always clear and understandable, and directed to the center channel.

The special features are available on both discs (content is identical).

FedNav Corporate Video (1080p; 2:27): A commercial for one of the film’s sponsors and the freight company featured in the film.

Wonders of the Arctic is a good, but not great, educational documentary on the wildlife of the Arctic and how climate change is affecting it (the film’s website has a nice educational guide teachers can use in the classroom after viewing the film). Video and Audio are very good, too, but the disc is sorely lacking in special features. 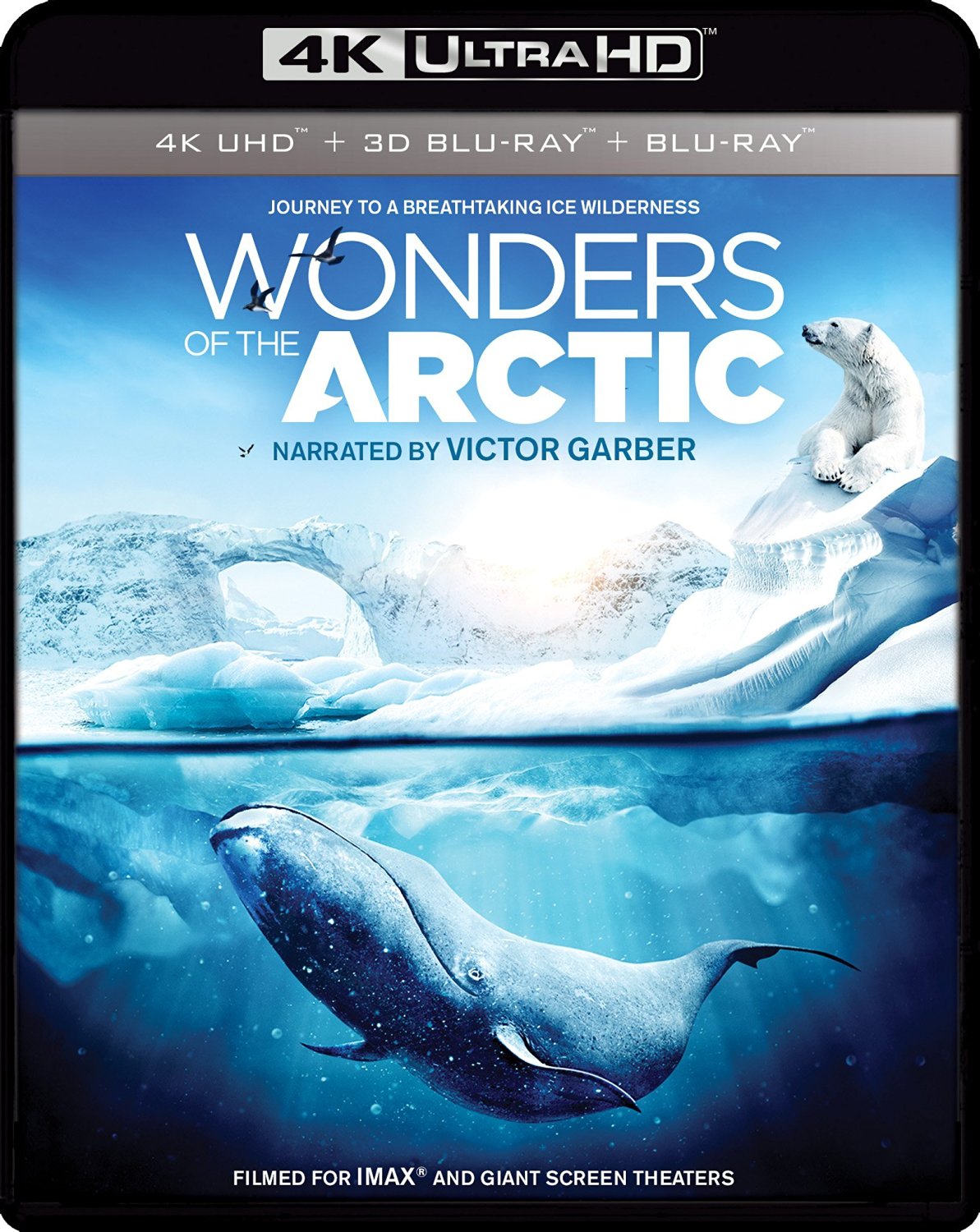