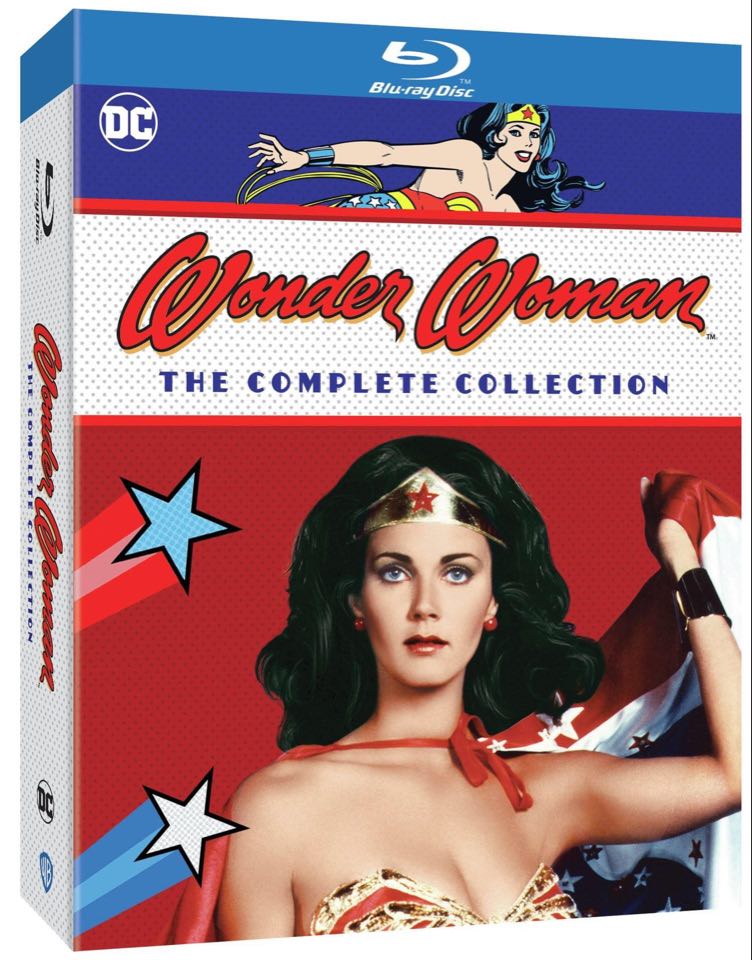 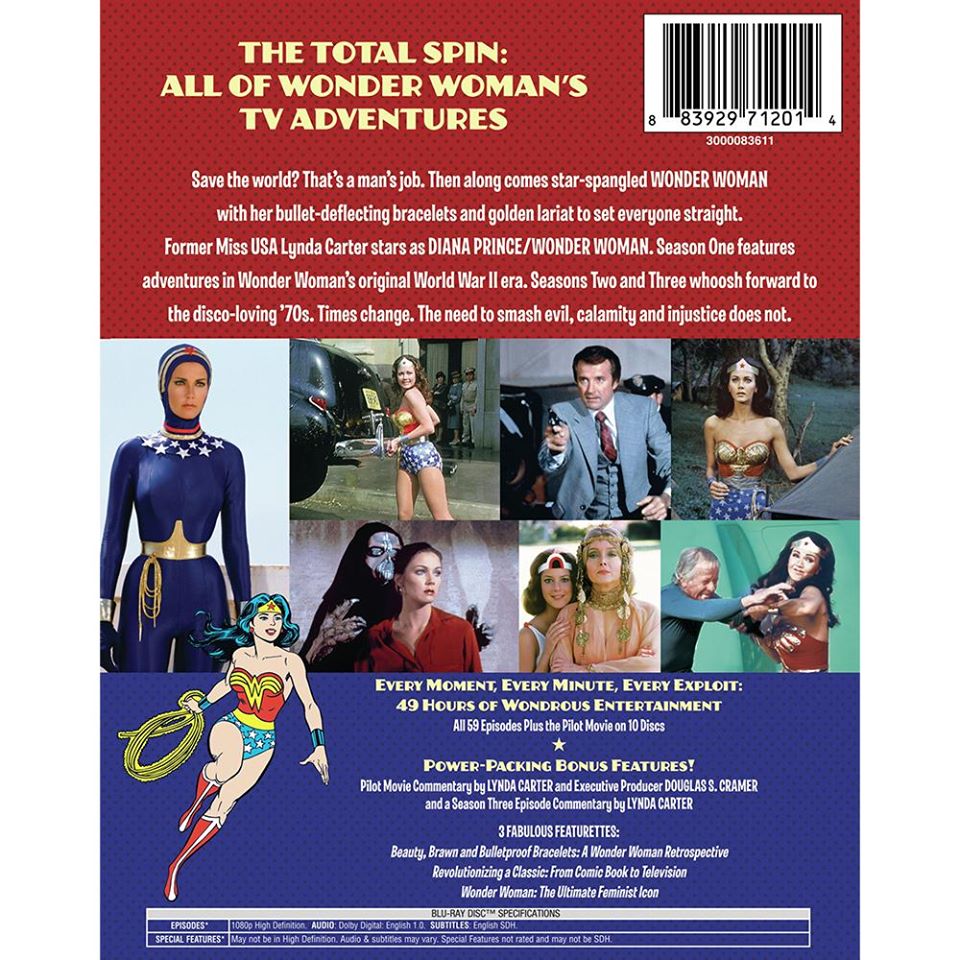 I'm part of the Wonder Woman generation. While all the other boys my age had the Farrah Fawcett red swimsuit poster on their wall, I was gaga for Lynda Carter. I have the DVD set, but may upgrade if the video was given any kind of quality once-over.
As I am given to understand, this will have the 4x3 HD versions that have been streamed on DC Universe (which I have not seen), and not the 16x9 HD versions that are available from iTunes (which I also have not seen). I'm hoping that the various episodes that were cut down to 45m or so on the DVD sets will be restored to their original length. In some cases, the cuts are the teaser synopses in the Part 2 episodes of the 2-parters, which I would like to see restored for completist sake, but it's not like they are necessary if you're watching the two parts back-to-back instead of a week apart.

Based on the press release image, it looks to have lossy audio (Dolby Digital), but I suspect that what we're seeing is an early mock-up that is exactly the same as the Complete Series DVD set, with the additions of the Blu-ray logo and the specifications box (which doesn't mention the aspect ratio).
Following!