At the Integrated Systems Europe (ISE) Show, which kicks off in Amsterdam tomorrow, Berkeley-based Wolf Cinema is planning a home theater demonstration in conjunction with Tau Audio Solutions, the latter a European distributor of high performance residential and professional AV and communication systems.  Wolf says it is planning a reference home theater demonstration, featuring the company’s latest TXF-3500 UHD/8K home cinema projector, which promises to be “…one of the must-see centerpieces of the ISE show,” and will give video enthusiasts a chance to witness the benefits of 8K on-screen resolution. 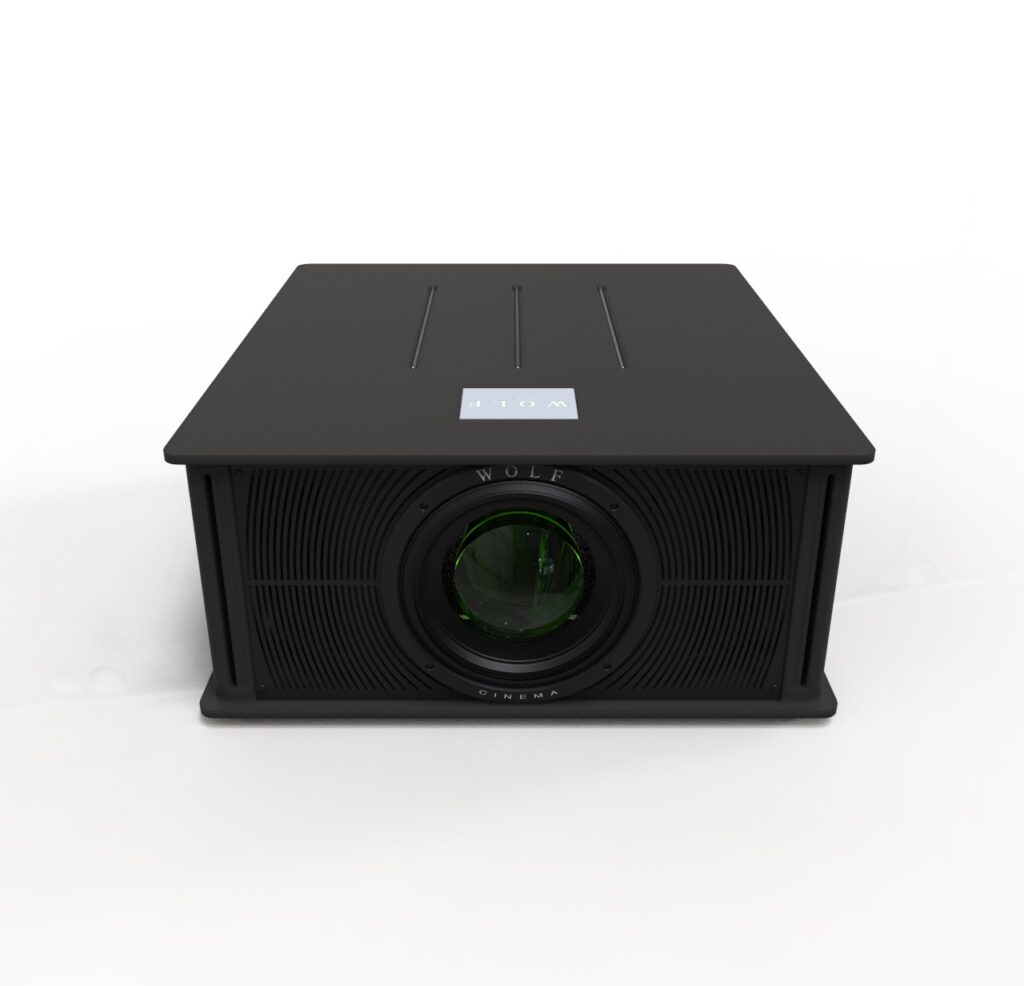 The new 8K beamer puts out an 8,192 x 4,320 on-screen image from various SD, HD and UHD/4K sources, and will be shown in conjunction with Wolf’s most recent custom video processor, the ProScaler MK6.  “We premiered this astonishing new ensemble last month, and folks marveled at the imaging fidelity, detail, color accuracy and what was described simply as true filmic imaging,” says Wolf Cinema’s Director of Sales Jim McGall.  “The recent leap from HD to 4K was an important step forward in our world, but this reference 8K ensemble presents one of the most realistic images ever cast from all readily available film, video and television sources.”

Continued McGall, “One of the most enjoyable things to witness is when folks see this projector for the first time, walk up to the screen, stand centimeters away and cannot discern any visible pixel structure!  The image is incredibly sharp and detailed, but up close the picture as cast looks more like 35 or 70mm film.  I’m constantly amazed at how much better 8K projected images can look, when compared with current leading-edge imaging technologies.  And what’s best of all, our TXF-3500 Ultra 8K ensemble is eminently affordable, priced within the reach of many video enthusiasts.”

If any of you on HTF – in a professional or hobbyist capacity – is making the trek to Amsterdam this week,  McGall says he will welcome attendees to the Tau Audio Solutions booth to see the Wolf run through its paces (Wolf Cinema, Amsterdam RAI, Hall 5, Space 5-S80). More info too at www.wolfcinema.com.

Hmm. "priced within the reach of many video enthusiasts". So, how much?